“13 Tongues is a sensationally big, indulgent, and visually arresting expression of cultural memory.” – The Times

Beginning and ending with the sound of a single bell, the realms of the spiritual and human coalesce in a visually and sonically arresting spectacle. Against a bizarre projection reminiscent of temple lights, dancers move and travel in serpentine patterns, chanting mysterious mantras as they stomp, stagger and tremble like enchanted shamans against music that ranges from Taiwanese folk songs to Taoist chants to electronica. As the lights dim, striking fluorescent patterns emerge on their costumes and flow across space, evoking the wandering spirits of Bangka.

As a child in the 1980s, Cloud Gate Artistic Director Cheng Tsung-lung helped his father sell slippers on the streets of Bangka, a vibrant district in Taipei, known for its diverse and bustling street scene that embraced the religious and the secular, the lawful and the illicit, and the rich and the poor. In particular, he was transfixed by his mother’s accounts of how the legendary 1960s street artist and storyteller known as Thirteen Tongues would effortlessly concoct tales and vividly conjure up the many inhabitants of Bangka in all their shapes and forms. From this fascination birthed the inspiration for 13 Tongues, for which Cheng transformed his childhood memories of Bangka into dance.

Part real, part dream, 13 Tongues takes you on a journey that mesmerises just like the stories told by Thirteen Tongues. As you journey through Bangka, what separates deities, spirits and humans slowly fades away.

Performance will include some use of strobe lighting.

There will be a post-show dialogue conducted in Mandarin with choreographer, Cheng Tsung-lung after each performance.

Admission Age:
6 and above.
Language: Songs will be performed in Taiwanese dialects for a few sections.
Things to Note:
With the growing threat of online phishing scams, please remain vigilant. Use official ticketing channels such as Esplanade.com or Sistic.com.sg and check that you are on legitimate websites before logging in to book tickets.
Accessibility: We provide services and facilities for patrons with access needs. Concessions for persons with disabilities (PWDs) are available for selected shows. Read our accessibility guide.
Ticketing: Prices exclude ticketing agent’s booking fees. Entry to performance venues is granted to patrons with tickets that have been purchased through authorised ticket agents only. Read about ticketing or check our FAQs.
For information about late seating, photography and more, please read our general advisory.
13 Tongues House Programme

Cloud Gate is the name of the oldest known dance in China. In 1973, choreographer Lin Hwai-min adopted this classical name and founded the first contemporary dance company in the greater Chinese-speaking community. In 2020, Cheng Tsung-lung succeeded Lin as the company’s Artistic Director, bringing together his creative works with traditional roots and excitingly innovative perspectives from the digital and globalized world.

Cloud Gate dancers receive training in meditation; qi gong, an ancient breathing exercise; internal martial arts; modern dance; and ballet. Under the direction of Cheng, training has expanded to encompass other contemporary elements. Manifesting in choreographies, the company transforms ancient aesthetics into a thrilling and modern celebration of motion.

Cloud Gate has toured worldwide with frequent engagements at the Next Wave Festival in New York, the Sadler’s Wells Theatre in London, the Moscow Chekhov International Theatre Festival in Russia, the Movimentos International Dance Festival, and the Internationales Tanzfest NRW directed, then by Pina Bausch in Germany. The international press acclaims the company as “Asia’s leading contemporary dance theater” (The Times), and “One of the best dance companies in the world” (FAZ). Cloud Gate has been honoured as an “Outstanding Company” in the UK National Dance Awards.

Cheng’s work is deeply rooted in both ancient and modern Taiwanese culture—he is a strong supporter of Cloud Gate’s extensive engagement with grassroots audiences across Taiwan—yet it also embraces global influences. His work, 13 Tongues (2016) integrates folk dance, religious rites, and Taoist chant to vividly conjure the streets where he worked as a child. Lunar Halo (2019) is performed to an ethereally haunting soundtrack by Icelandic musicians Singur Rós and explores the complex area of human connection and technology. Sounding Light (2020) was written in response to COVID pandemic-induced isolation and reflects on the precariousness of both human and the natural world. Visually stunning, Send In A Cloud (2022) displays in shifting colors a panorama of dancers’ life journeys.

Cheng has been a fixture of Routledge’s respected annual survey of dance practitioners, Fifty Contemporary Choreographers (2020), alongside the likes of William Forsythe, Akram Khan, Hofesh Shechter and leaders of this form.

Applicable to Standard Cat 1 & 2 tickets only. Terms and Conditions apply.

All Secondary Schools, Junior Colleges/ Centralised Institute & ITEs may use the Tote Board Arts Grant to subsidise up to 50% of the programme cost. 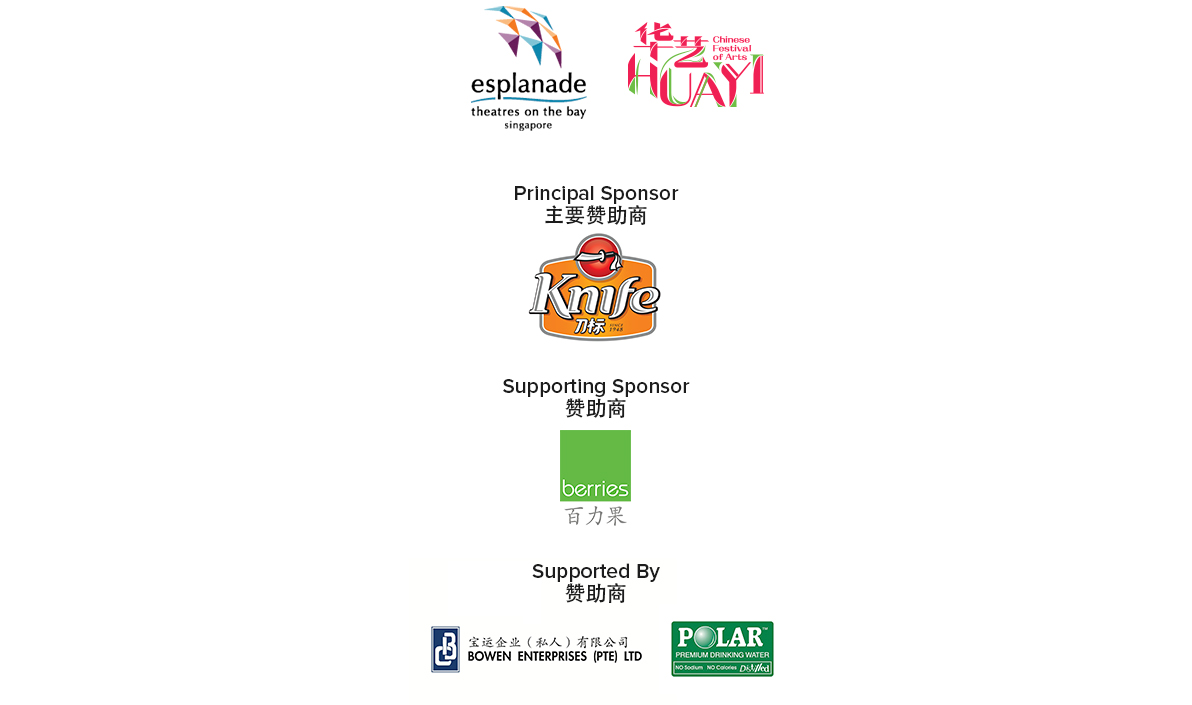