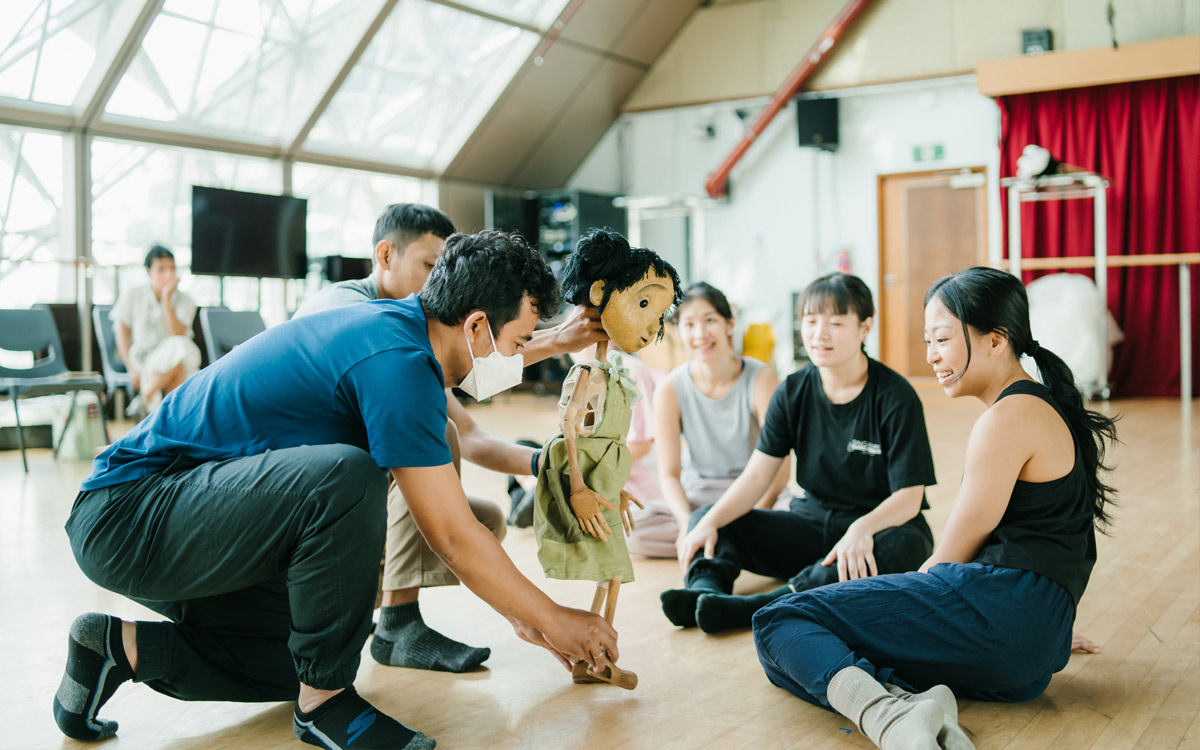 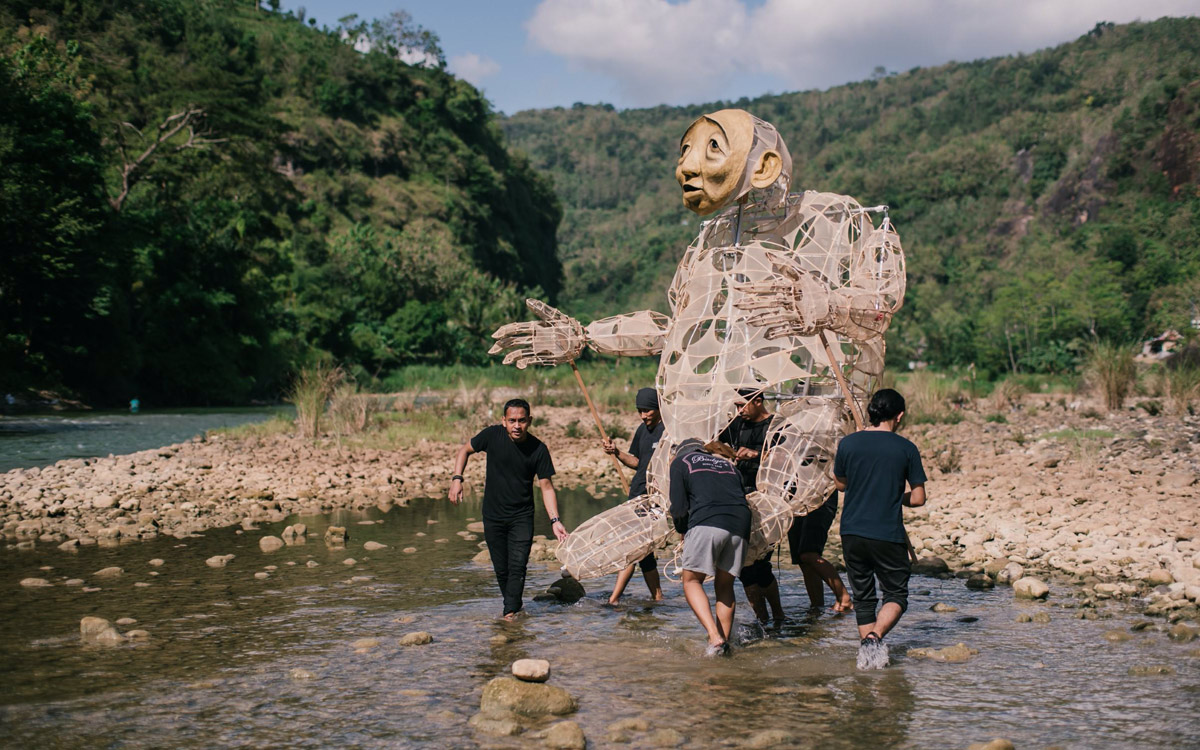 Sang and Jun spend carefree days by their playground—the river. One day, an unexpected event takes Sang on a magical encounter with the majestic giant Kali. Meandering across the land, they discover who Kali is, and remember what he once was.

Internationally acclaimed Papermoon Puppet Theatre collaborates with artists and designers from Singapore to perform their biggest production to date—Stream of Memory, an ecological tale of remembrance and reconnection. Created in response to the disappearing rivers consumed by urbanisation and modern life, this lyrical non-verbal production promises to rekindle our memories of nature and deepen our connections with each other.

Audiences can enjoy this enchanting journey through standard theatre seating on chairs or experience a more intimate performance with floor seating.


A programme of In New Light – A Season of Commissions, in celebration of Esplanade’s 20th anniversary.

This performance is non-verbal.

Recommended Age: 6 and above.
Admission Age:
4 and above.
Things to Note:
With the growing threat of online phishing scams, please remain vigilant. Use official ticketing channels such as Esplanade.com or Sistic.com.sg and check that you are on legitimate websites before logging in to book tickets.
Accessibility: We provide services and facilities for patrons with access needs. Concessions for persons with disabilities (PWDs) are available for selected shows. Read our accessibility guide.
Ticketing: Prices exclude ticketing agent’s booking fees. Entry to performance venues is granted to patrons with tickets that have been purchased through authorised ticket agents only. Read about ticketing or check our FAQs.
For information about late seating, photography and more, please read our general advisory.
stream of memory - house programme

“Papermoon Puppet Theatre has become a staple of the global arts festival circuit, with enigmatic, modernist puppets that tell stories from myth to the birth of modern Indonesia. … Words are few for these puppets with moon-shaped faces who, like mimes, express everything in evocative, poignant gestures.”– The New York Times, USA, 2016

“The standard of puppetry is extraordinary. The energy and artistic integrity of this company shines through in every scene. This is a magnificent piece of theatre, painting a portrait of the political in the everyday.” – Glam Adelaide, Australia, 2015

Papermoon Puppet Theatre was founded in April 2006 in Yogyakarta, Indonesia by Co-Artistic Director Maria Tri Sulistyani (Ria). She has since nurtured, developed, and expanded the company together with Co-Artistic Director Iwan Effendi, a visual artist and Papermoon’s puppet designer. Among other close collaborators, Papermoon works with a collective of puppeteers, which includes Anton Fajri, Pambo Priyojati, Beni Sanjaya, Muhammad Alhaq and Hardiansyah Yoga.

To date, Papermoon has created more than 30 puppet performances and visual art installations and exhibitions, and have toured to more than 10 countries. In 2008, Papermoon launched Pesta Boneka, an international puppet biennale that welcomes puppeteers from around the world to their home city, where they can share their work in a community setting. The heart of puppetry with Papermoon Puppet Theatre