Informed by ideas of chance and spontaneity, Yeo Shih Yun's latest exhibition is the latest evolution of her practice.

In her practice, Yeo Shih Yun’s long-standing fascination with spontaneous gestures, random occurrences and use of unconventional tools materialise in her ink paintings. By situating ink in contemporary practice, Yeo’s experimentations with the medium have ventured into new media and performance. Yeo discusses the conceptualisation process of Chance Encounters《偶然》and elaborates on the synergies between chance and the artist’s hand. We also hear from musician Calista Liaw, Yeo’s collaborator, on their shared interests in the accidental and her process of creating a piece of erhu music that lies at the heart of the work. Central to the conceptualisation of 'Chance Encounters《偶然》' are the ideas and work of John Cage, especially 'Music of Changes' (1951). A piece for solo piano, 'Music of Changes' unfolded through a process of indeterminacy that involved applying decisions made using the 'I Ching'. Could you further elaborate on the influence of Cage in 'Chance Encounters' as well as in your practice?

Yeo Shih Yun (YSY): I often incorporate elements of chance in my practice. For Chance Encounters, the incidental unfolded through a set of rules. In other instances, such as in Conversations with Trees (2012), I let the brush dance across the paper in the presence of external physical and metaphysical forces. Apart from chance, change and transience are also integral to my creative process. I am fascinated with random occurrences, improvisation, and the liberating qualities of non-traditional tools such as rollerblades, watering pot, trees, toy robots and remote-control cars. By using such inventive and playful tools to conceive eccentric forms or spontaneous arrangements, I can create works of absolute freedom and honesty, without the constraints of a limited visual vocabulary. My main goal of using these tools is to surrender authorial control—to release drawing from its enslavement to the artist’s hand and in some cases, to outsmart my own will and intentions.

For Chance Encounters, I created a set of rules that each painting had to follow closely. The process began with the throwing of two dice; if the same number appears on both the dice, this means FREE PLAY, implying that I can choose any tool and colour to execute the stroke. However, if the numbers on both dice are different, then I will consequently proceed to throw only one dice, and the numbers that I receive from each throw will subsequently determine the type of tool, colour, and addition of water, in the following order. After deciding the tool to use, the colour and how much water to add, I will then execute the stroke in any position on the paper. I will repeat all the steps listed above until the painting is deemed complete by me. So, although I am not using the I Ching in the case of Cage, I am using the dice and my set of rules. While both are contingent on chance encounters and the accidental, they unfold in different ways.

In thinking about ideas related to chance in art creation, the final aesthetics of a work are rarely a product of absolute chance. In the case of 'Chance Encounters', while you worked within a set of rules and parameters in creating the ink drawings, the work is also shaped by artistic intuition in where you decided to execute the stroke. Could you share your thoughts on these contradictions and paradoxes?

YSY: Yes, of course, rules and constraints are placed to make the ink drawings more interesting. For example, in sports, you require rules to keep the game in order. Therefore, what I am striving for is not total chaos but controlled chaos. The ink drawings in this exhibition cannot and will not be a product of absolute chance as I am the creator of the rules. I tested numerous tools and finally selected six which worked best for the large-scale ink drawing in the exhibition. I also chose black ink and the rest of the colours in this series of ink drawings. What type of ink and what brand of ink used are also choices to be made. The size of the cup used to add the water is also an important decision. If the cup is too small, the ink will not be diluted enough, and if the cup is too large, the paper will be too wet. The last rule is one that is not decided by chance but purely by my intuition and experience as I will have to execute the stroke in any position on the paper. I love losing control to chance and then gaining control again at different stages in the making of each ink drawing. To me, this is exciting. It is akin to collaborating with another artist, and for this exhibition, the other artist is chance.

Enveloping the Esplanade Tunnel is a contemporary erhu piece that was performed and composed by musician Calista Liaw. You have mentioned that music is an integral part of your painting process, could you discuss further its importance? Could you also expand on how the acts of listening, rolling the dice and mark-making converged in this exhibition?

YSY: I was introduced to the art and music of John Cage when I was studying at the San Francisco Art Institute in 2001. I was immediately attracted to his works and began reading about his practice and buying his CDs. I remember listening to his music when I was painting in my studio in San Francisco. During the final presentation of my works at the end of my Post-Baccalaureate Programme in Painting, I also played Cage's music in the background. Currently, I listen to CDs in my studio while I paint and works by Cage are my favourite. I love and continue to be energised by the unpredictability of his prepared pianos pieces. I cannot say that the influence of music on my paintings is direct. For example, if the rhythm of the music is fast, my strokes will similarly be swift too. It is more subconscious—the mood of the overall piece inspires and animates my painting.

I listened to Calista's erhu piece while I created my six ink drawings. I have never listened to erhu music while painting and the erhu music that I know is mostly traditional. On the other hand, Calista's piece was new, refreshing and exciting! Although Calista’s erhu piece was on repeat throughout the creation process of the entire series of ink drawings, I still did not get tired of it.

In your explorations with Chinese ink, the use of unconventional tools has been significant to your practice. How do you plan to further this and what other types of inventive tools are you exploring to work with?

YSY: Yes, I really love to use tools that you do not usually find in art supply stores. In recent months, I collaborated with a designer to create two robots that can hold Chinese brushes and dispense ink on demand via remote control. The robots are 3D printed and then assembled. Each robot has three legs. I have named them “YIN” and “YANG” as they are the same, but one is in white and the other in black. I will be focusing on playing with these two robots once my current projects conclude. They will definitely be a part of my upcoming series of work.

Could you share how this collaboration developed and how you began working together on 'Chance Encounters'?

YSY: I got to know Calista as she is my son’s Chinese tutor. We chatted and I realised that she is really interested in erhu after we exchanged Instagram accounts. During the conceptualisation of Chance Encounters, I asked her if she was keen to join this exhibition and to compose an original erhu piece inspired by John Cage.

Calista Liaw (CL): Yes, how our collaboration began was really in line with the theme of Chance Encounters! I have been tutoring her son in Chinese and since I always brought my erhu case around with me, it became a conversation starter and we began discussing our interests in art and music. When Shih Yun approached me about this opportunity, I jumped on it and was more than excited to come up with something original and multi-disciplinary. Shih Yun told me about her interest in incorporating John Cage’s philosophies and methodologies regarding chance in music and that was how I began working on my composition. In line with John Cage’s approach of indeterminacy, you also worked within a set of musical parameters in your composition method for 《偶然》 where choices were contingent on the outcomes presented by a dice. Could you share more about the process?

CL: The process behind my composition technique heavily revolved around the theme of chance encounters. I interpreted chance to be more than just a methodology but a philosophical understanding of life. My chance methodologies drew upon Cage’s indeterminacy techniques and a contemporary piece by Morton Feldman titled Intermissions 6. I first created a set of directions in relation to pitch, note value, dynamics and performance technique, followed by an instructional guide to using the dice results. During this process, I reflected upon the meaning of chance and  realised that it was pervasive in our lives, leading to the next part of my composition which constituted a more figurative interpretation of the incidental. 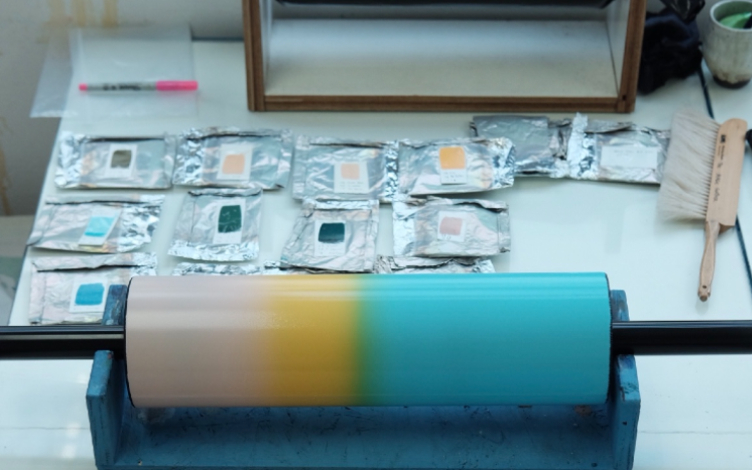 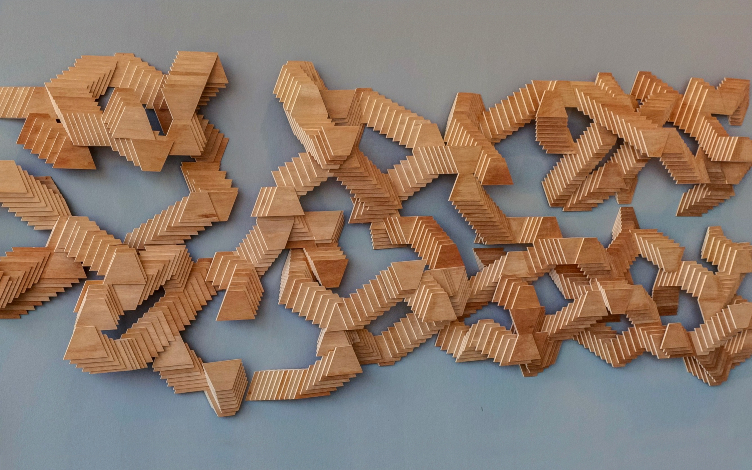 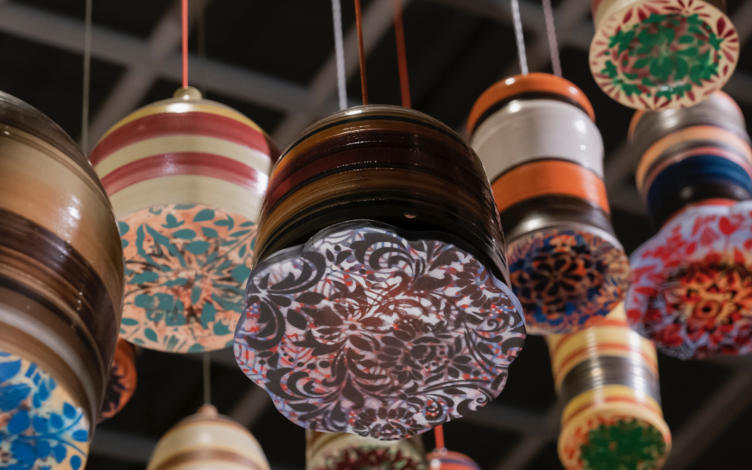 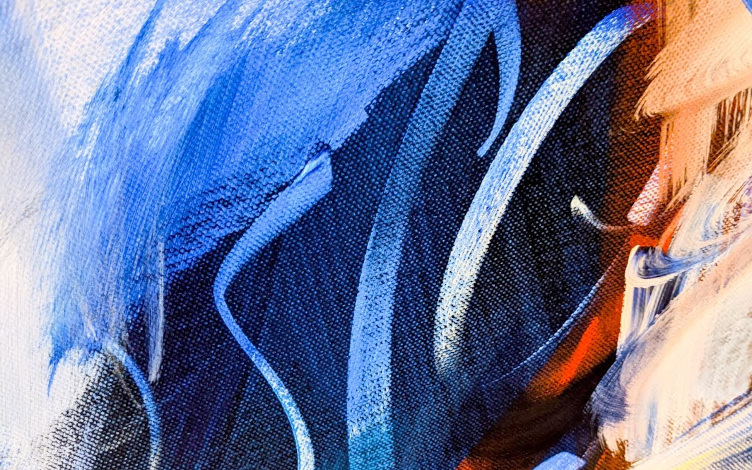 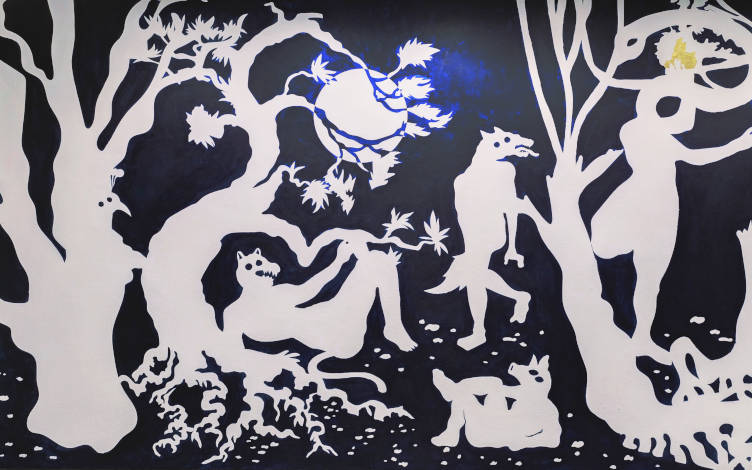 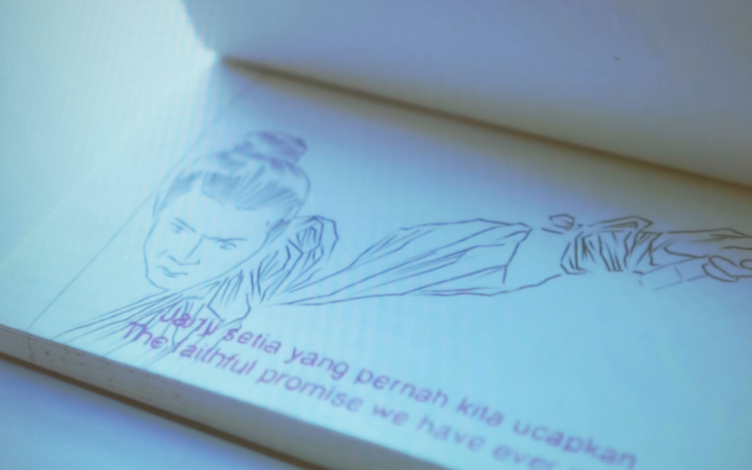