Get introduced to voguing, a highly stylised form of dance originated by Black and Latino communities in Harlem.

A highly stylised form of dance originated by Black and Latino communities in Harlem, voguing has evolved to incorporate dance forms such as breakdancing and other hip-hop dances while absorbing elements such as martial arts and acrobatics. Over its transformation, it has also embraced more exaggerated feminine movements. Characterised by striking a series of poses as if one is modelling for a photo shoot, voguing is known for three prominent styles: Old Way, New Way, and Vogue Femme.

In ballroom culture, voguing has embraced the categories of: Runway, Face, Body, Realness and Sex Siren. Singapore held its first Vogue Ball in 2019 showcasing all the major categories. Organised by Vogue In Progress (VIP) and held at The Projector, the event not only highlighted this dynamic dance art but also introduced it to a more mainstream audience in Singapore. Suitable for all genders and fitness levels, this fun and engaging dance tutorial will provide an introduction to the five elements of Vogue Femme i.e., Catwalk, Duckwalk, Hand Performance, Floor Performance and the Dip.

Azizul Izzy Mahathir is a dance artist with over 12 years of experience performing across Malaysia, Thailand, Hong Kong, Korea, Canada, New York and Singapore. He is a founding member of Voguelicious, one of Singapore’s most prominent dance groups in the LGBTQ scene. From 2008–2013, he performed at the first Pink Dot SG event and the OKTOLive variety show among others.

Appearing as his alter ego Vanda Miss Joaquim, Izzy represented Singapore in the second season of Drag Race Thailand, a spin-off from the American reality TV series, RuPaul's Drag Race. He is also the Mother to the House of Miss Joaquim, a diverse group of drag performance artists based in Singapore. Whether Izzy is voguing in balls or on stage as Vanda Miss Joaquim, his passion and drive for the performing arts has never failed to shine through.

A reimagined da:ns festival 2020 invites you to discover movement across diverging mediums – through your body and from your screen, from 12 – 31 October. Making A (da:ns) Scene: The Flesh Made Word The Intermission of No.60 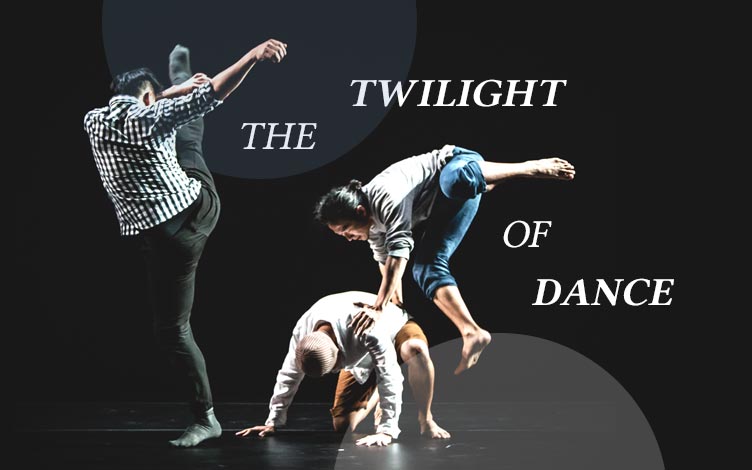 Get up and move

A reimagined da:ns festival 2020 invites you to discover movement across diverging mediums – through your body and from your screen. Free your mind and explore dance in its varied forms and expressions with thought-provoking new works, illuminating conversations, introductory videos and more.