A leader in the Indian classical dance scene in Singapore

You have to fight against so many odds to be happy. But after you’ve fought all these battles, you come to a point where you have achieved something; you move on from there, so you call that part of it a happy experience.

Neila Sathyalingam was a leader in the Indian classical dance scene in Singapore. A former dance teacher at the prestigious Kalakshetra Academy in Chennai, India, she relocated to Singapore with her husband in 1974 and together they founded the Apsaras Arts music and dance academy in 1977. From 1983, she concurrently served as resident choreographer and dance teacher with the People’s Association’s Indian Dance group for more than two decades. Today, Apsaras Arts is a leading Indian arts institution that has won acclaim for its innovative, large-scale Indian dance-dramas that have been performed in Singapore and overseas. In 1989, Neila received the Cultural Medallion for her contributions to Indian classical dance.

Neila Sathyalingam was born Neila Balendra in 1938 in Colombo, Sri Lanka, the second of four daughters of a dental surgeon. She learnt classical dance as a young girl under the tutelage of gurus at Shanti Kumar School of Dance and Kalaya School of Dance in Colombo, Sri Lanka, where she was trained in the bharatanatyam, kathakali, kathak and manipuri classical dance traditions. In 1954, she won the gold medal at the All Ceylon Dance Festival and was selected to perform for Queen Elizabeth during the latter’s visit to Sri Lanka as part of her Commonwealth tour.

That experience made her choose to pursue a career as a dancer instead of becoming a dental surgeon as her father wished, and in 1955, she went to Chennai (then known as Madras) in Tamil Nadu, India, and enrolled in the prestigious Kalakshetra Academy to further her dance training. There, she not only mastered bharatanatyam, she also met her future husband Suntharalingam Sathyalingam, the son of a Sri Lankan politician and a University of Madras music graduate who was then teaching music at Kalakshetra.

Two years later, Neila married Suntharalingam and graduated from Kalakshetra with a diploma (first class honours) in bharatanatyam. The couple returned to Sri Lanka where Neila lived with her parents-in-law and had her first child. However, their peace was short-lived as the late '50s was a time of political and civil unrest in Sri Lanka. In 1958, opponents of Neila’s father-in-law attacked and burned down the Sathyalingam house. Fortunately, the family had managed to flee before the mob arrived, relocating to Colombo and later on to India.

In 1969, when her children were older, Neila enrolled again in Kalakshetra Academy to pursue a teacher’s training diploma and postgraduate training. In 1972, she graduated with distinction and accepted a position as a teacher at Kalakshetra’s faculty of dance. By the '70s, Neila’s husband had become an area sales manager with Uniroyal Chemicals, an American multinational company. In 1974, the company posted him to Singapore and he brought his family with him.

Here in Singapore, Neila connected with the Singapore Indian dance community and was exposed for the first time to a diversely multicultural environment. In 1977, she co-founded with her husband their own dance company, Apsaras Arts, under the auspices of the Kamala Club. Then located in Cairnhill Community Centre, the company began life with 20 students with Neila as Artistic Director and her husband as Music Director. Neila gave her students solid foundational training in Indian classical dance. At the same time, she started choreographing works that were based on Indian classical dance but which integrated multicultural and theatrical elements, resulting in new dance steps, narratives and presentation formats.

Over the years, Neila's student intake increased dramatically as her dance company grew in reputation. She became known for offering a robust classical dance education while creating uniquely Singaporean Indian classical dance-based works. She staged numerous arangetrams (dance debuts) for her dance students and presented many performances in Singapore and abroad to acclaim, and became a highly sought-after teacher and choreographer.

In 1983, while running Apsaras Arts, Neila was appointed as the dance instructor and choreographer for the Indian Dance Group with the People's Association, roles she would serve for more than two decades. With People’s Association, she taught Indian classical dance to children from lower-income families as well as choreographed and presented public performances. Under her guidance and direction, many large-scale classical and fusion Indian dance performances were staged at national events. Significantly, from 1994 to 2007, she choreographed the Indian dance segments for 13 consecutive Chingay parades.

In 1988, together with fellow dance choreographers from other cultures, Som Said and Yang Choong Lian, she set up the Lion City Angels, a children’s dance troupe focusing on multicultural dance presentations. The troupe performed at the 1995 Children's Folklore Festival in France and the 1996 International Children’s Folklore Festival in Spain.

In 1989, she received the Cultural Medallion for her contributions to Indian dance in Singapore. The following year, she was honoured by Bharat Kalachar, a Chennai music and dance school, with the Viswa Kala Bharati, which is awarded to non-resident Indian artists who have helped to promote and develop the Indian arts overseas.

Neila went on to choreograph and stage more large-scale productions such as 1998's dance-drama Kannagi, presented at the Singapore Arts Festival. She conducted many more arangetrams for generations of students, many of whom have become distinguished dancers and dance teachers with schools around the world. She also created more new non-traditional choreographic works, taken Apsaras Arts to various arts and dance festivals around the world where they have performed to acclaim, and staged more unique epic dance works such as 2001's Fire (part of People's Association Cultural Troupe's Rhythm of Life) and 2007's Sivagami, based on an ancient text and featuring a staggering 65 dancers from Apsaras Arts and India.

Through the years, Neila continued to create works for People Association's Indian Dance Group as its resident choreographer, choreograph and stage dance presentations as artistic director of Apsaras Arts, and teach younger generations of aspiring dancers.

Received gold medal at the All Ceylon Dance Festival and was selected to perform for Queen Elizabeth.

Became a teacher at Kalakshetra's faculty of dance.

Relocated to Singapore with her family.

Dance instructor and choreographer for the Indian Dance Group with the People&rsquo;s Association.

Received Cultural Medallion for her contributions to Indian classical dance.

Passed away at the age of 78 in Singapore.

Neila (right, on horse) on holiday.

Neila as a teenager.

Neila with her teacher and founder of Kalakshetra, Rukmini Devi Arundale, after a performance in Madras. 1973. 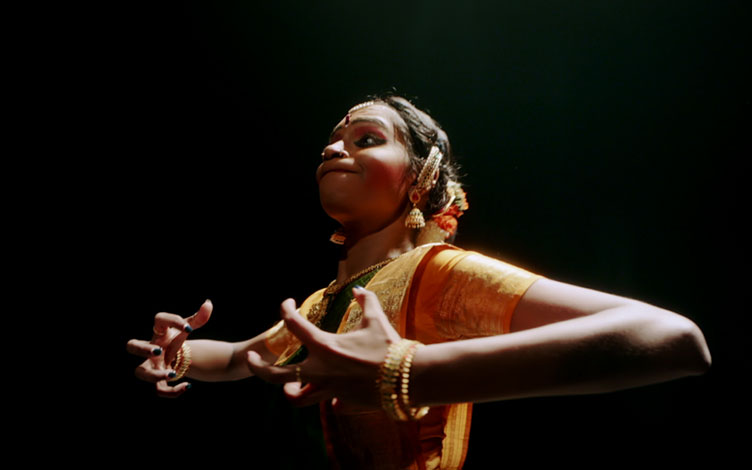