A tale of silly ideas and unfortunate misadventures

Read a story and make a hornbill mask. Pak Pandir is a well-known comic character in Malaysian folktales. For years, stories of Pak Pandir have made many people laugh and left them in disbelief at the trouble he gets up to. Experience Pak Pandir’s silliness for yourself in this story.

Mention the name Pak Pandir to anyone in the village, and they would break out in laughter!

The laughing stock of his village, Pak Pandir was known for his ridiculous ideas that would always become the talk of the town.

However, as simple-minded as Pak Pandir was, he was a lucky man. His wife, Mak Andir, loved him with all her heart as he was a devoted and loving husband, and Pak Pandir who loved his wife just as much, would do anything for her. Once, Mak Andir who was pregnant at that time, felt like eating a big fat juicy bird for dinner. With her stomach growling, she asked her husband if he could catch a bird for dinner.

Without hesitation, Pak Pandir assured his wife, “Mak Andir, don’t worry! I will catch an entire flock just for you. Wait for me and I will bring home the juiciest bird for us to cook.”

However, Pak Pandir failed to mention to his wife that he had no idea how to catch a bird or where to find one. Even so, our hero set off for the forest to fulfil his wife’s wish. After walking around aimlessly in the forest for a long time, Pak Pandir grew tired. He looked around for a shady area to rest. In the distance, he spotted the perfect spot—a tall tree with a lush canopy that would shelter him from the burning sun. He sat on the ground and stretched out.

But just as he was about to settle down, a hornbill flew over his head and rested on a branch of the tree he was sitting under. Pak Pandir’s heart thumped with excitement. It was a bird! It was exactly what he was looking for. This was his chance to make Mak Andir happy. Slowly, he rose from the ground and pulled out a small rope. He moved stealthily towards the hornbill. With one swift move, he caught hold of the hornbill. It flapped its giant wings but Pak Pandir clutched the bird tightly.

Pak Pandir took one end of the rope and tied it to the legs of the hornbill, and the other loose end, he tied it to his ankle.

There was no escape now for sure! Even if the bird did try to fly away, it was stuck to Pak Pandir. The man chuckled gleefully and marvelled at his clever plan.

"Mak Andir will be overjoyed to see this! This will make a satisfying meal." Just then, an entire flock of hornbills flew towards Pak Pandir. They flew so low and so close to the ground that all Pak Pandir had to do was thrust his hands in the air and he would be able to grab hold of another hornbill. Imagine! It would be a feast for his wife!

And grab he did! Not once, not twice, but as many times as he could. He tucked a few birds under his arms, another in the crook of his elbow, a few more under his chin, and one between his legs. It was a sight to behold. But just then, some of the birds struggled and got their wings free. However, their legs remained trapped. With all their might, the hornbills started flapping their gigantic wings all at the same time. The sheer power from the wings was so strong that it lifted Pak Pandir off the ground! Up, up and away he went, together with the flapping hornbills he was still holding on to—all the way to the top of a tree.

Pak Pandir struggled to keep his balance! If he did not let go of the hornbills, he would fall to the ground. He had no choice but to let go of all the hornbills that he had been clutching under his arms, between his legs and under his chin—all except for the hornbill that was tied to him. A light bulb goes off

Suddenly, he had a Pak Pandir moment of brilliance! He knew exactly what to do. He would strike a bargain with the hornbill that was tied to him.

“Mr Hornbill, I have a deal for you. If I untie you, will you let me hold on to your feet so that you can fly me down to the ground? Once I am safe, I will let you go.”

The hornbill stared at Pak Pandir and Pak Pandir stared at the bird looking for a sign of agreement. The hornbill blinked and looked away. Ah! That must be a yes, Pak Pandir thought. He untied the rope from the bird’s feet.

Without a second to spare, the hornbill flapped its wing and flew off, celebrating its freedom and leaving Pak Pandir reeling in shock. How rude! How could it go back on their deal? He would never trust another hornbill again. But Pak Pandir was still stuck. How would he get down now?

He climbed down to the lower branches of the tree. It was a long way down. He felt giddy. He couldn’t do it!

At that moment, his eyes were drawn to a line of ants trooping up and down the tree carrying leaves, twigs and bits and pieces of their dinner. These teeny-weeny creatures were marching on all six legs, defying gravity. He stared at the insects and before he knew it, his mind started wandering. But of course, Pak Pandir had another Pak Pandir moment. He had the perfect answer to his problem.

If the ants could do it, so could he! After all, he was much bigger and stronger than them. It would be a walk in the park—or rather, a march on all fours, from the top of the tree trunk and all the way down to the ground. Surely his limbs would stick to the tree trunk just like the ants’ legs.

And so, Pak Pandir wrapped his arms and legs around the tree trunk, head pointing towards the ground. And then... he let go. He had faith that his feet and palms would not let him down. But let him down it did. Gravity kicked in and he slid all the way down, head first! And that was how Pak Pandir finally got down from the tree, but not without another tale for the villagers to laugh over.

However, his bad luck did not end there. When he finally reached home, he was met with a very hungry and angry Mak Andir. Poor Pak Pandir!

Did you enjoy the silly tale of Pak Pandir? Now, it’s time to get busy. Print the template below, make a hornbill mask and put on a show. 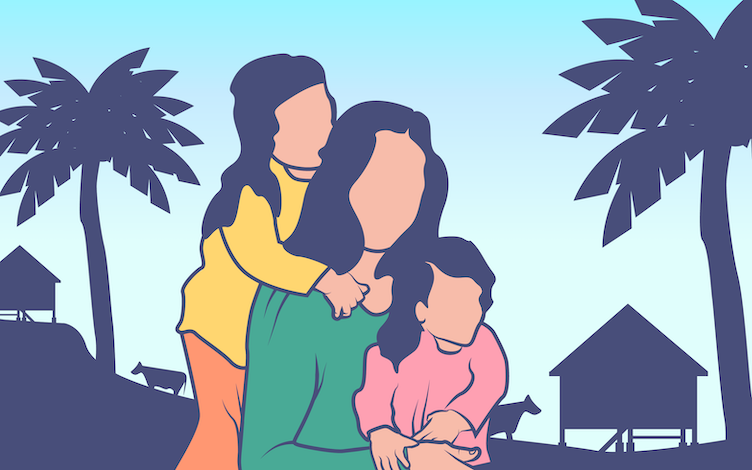 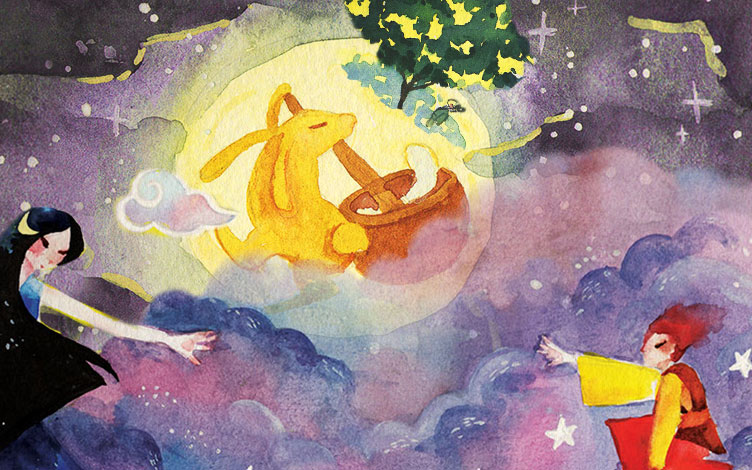 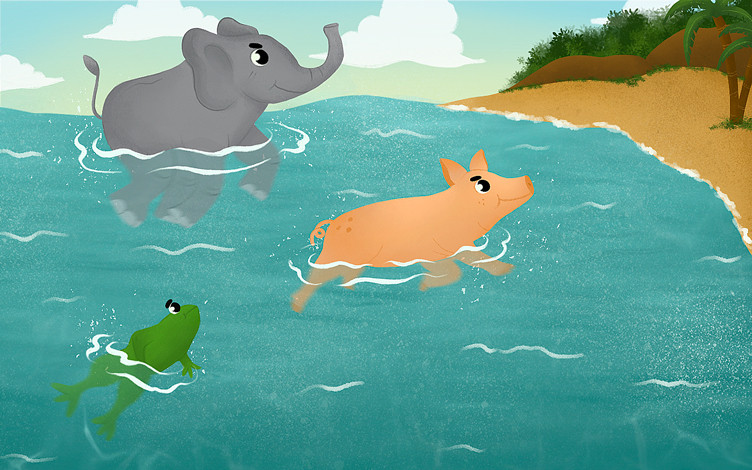 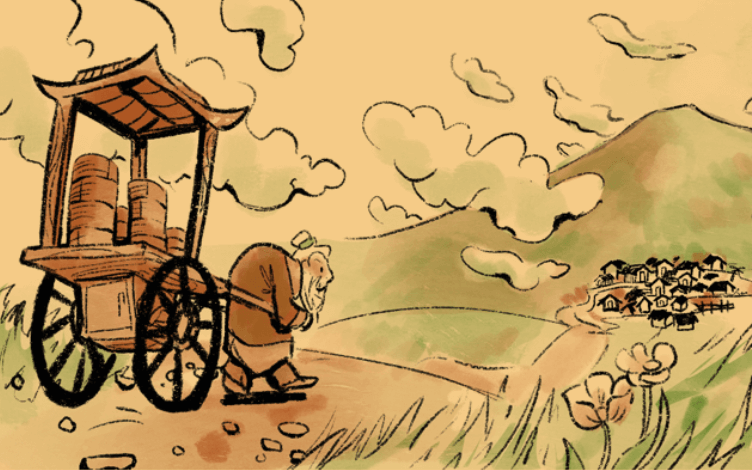 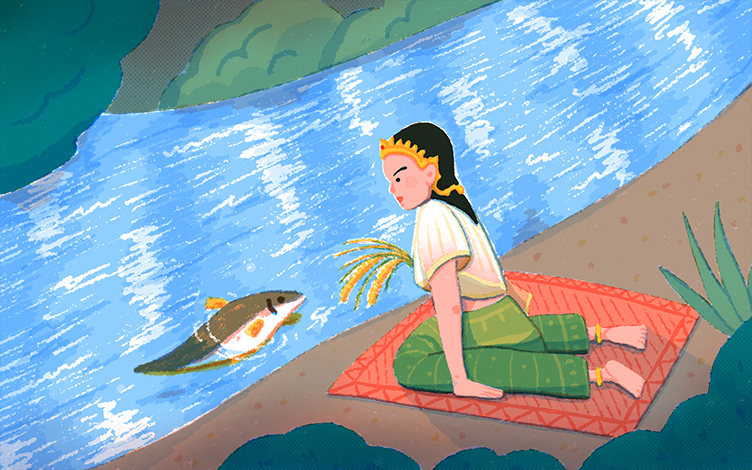 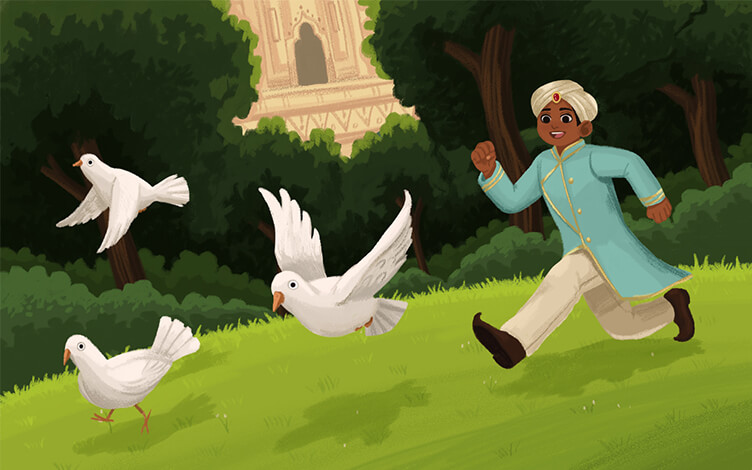 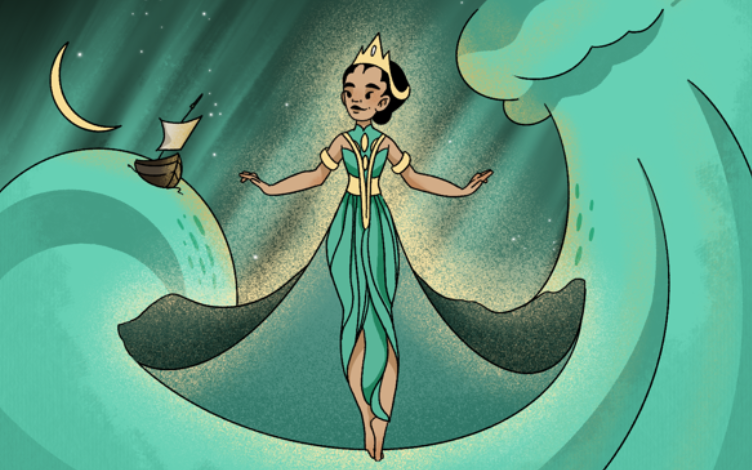 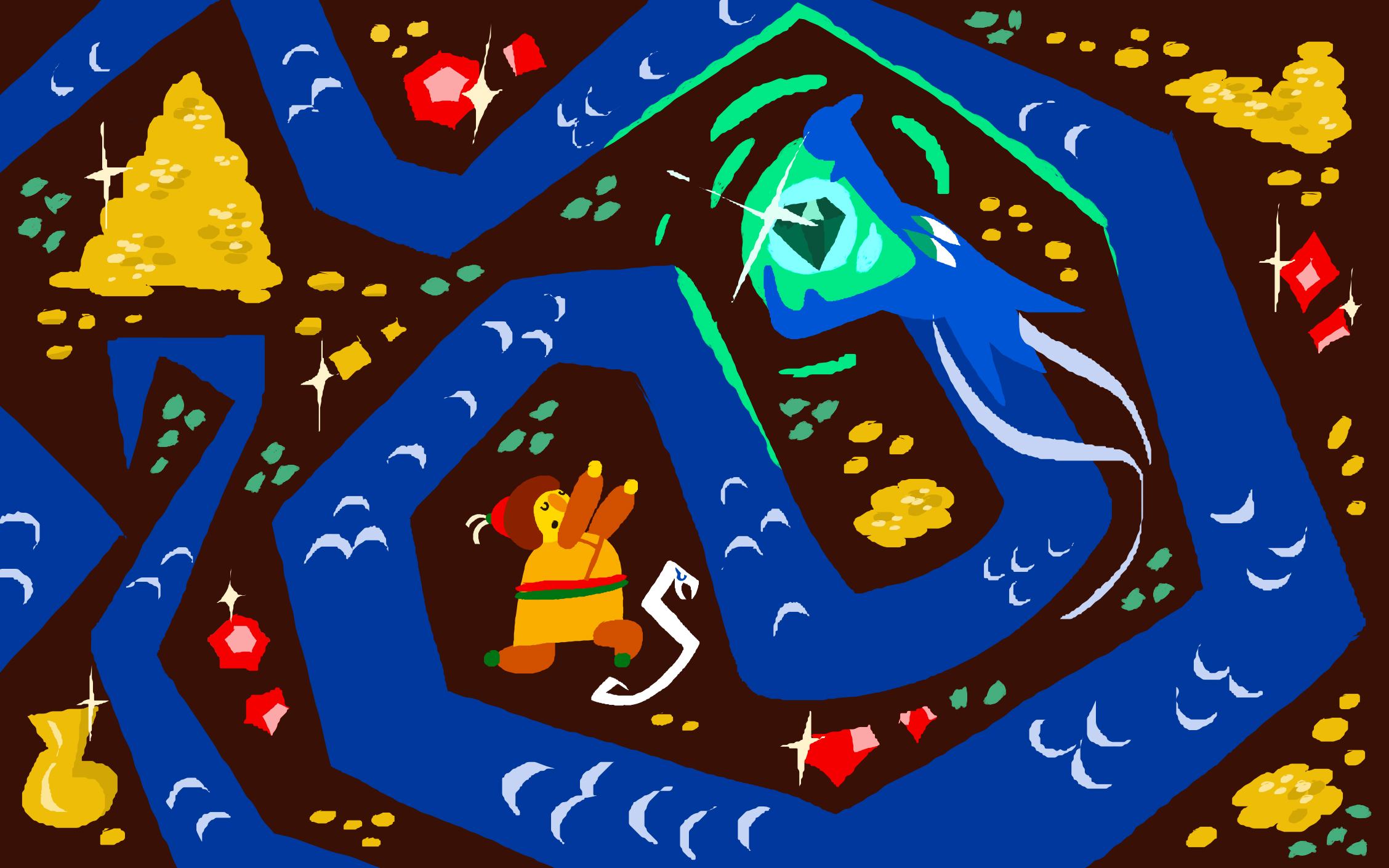 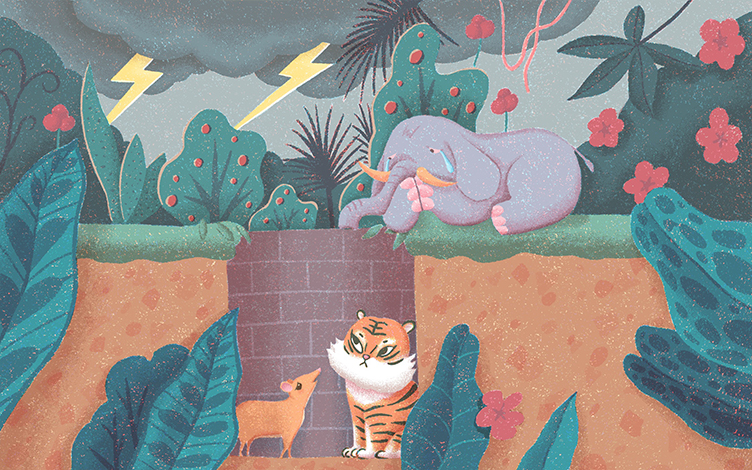 Which character from Alkesah are you?