Suhaimi Subandie on caring for his community

Punk may have once belonged to the youth in its early days, but four decades since its emergence, there are many old-timers who have remained true to its spirit.

“I’m 57 and still a punk,” proclaims Suhaimi Subandie. For the musician, who has been at it for close to 40 years, it was through skateboarding that he found his voice in hardcore, a subgenre of punk. Since the ’80s, Suhaimi has become some sort of a legend in the underground scene, which includes skate culture. After all, he was the one who built the first skate ramp in Singapore. His bands 4-sides and Stompin’ Ground pioneered hardcore in the region and he was also given the honour of coining the name of Singapore’s hardcore scene, Lion City Hardcore.

Tampines Street 11 was where it all started, he recalls. During a stint as a carpenter’s apprentice, he had access to rare tools which he used to build a skate ramp. It was with the simplest intention to occupy his brother and his friends with something productive, so they wouldn’t fall into bad company. Suhaimi was staying in the neighborhood at the time and had installed it there. It wasn’t long before other young skaters who had heard whispers of the ramp started turning up in droves, thus kickstarting the skate scene. It was there that he started his skate crew, Circus of Mutants, and would eventually meet his bandmates. “I can safely say that 99.99% of hardcore punks are skaters,” he laughs. For those who are not familiar with hardcore, it is the harsher, more aggressive sibling of punk.

One of the distinctive movements it spawned was straight edge, which was against drugs, alcohol and promiscuity, and promoted a vegetarian lifestyle, animal rights and positive messages. It came at the right time for Suhaimi, who was looking for an outlet to keep at-risk youth off the streets. But that wasn’t all he was concerned about.

Throughout his music career, the punk rocker has been writing songs about social issues surrounding domestic violence, the environment and filial impiety, among others. But the ones he feels most strongly about are those that affect children. Growing up in a bad environment has made him vocal about those who suffer abuse. Music presents a way for him to not only voice out injustices, but at the same time, engage in activism. And yet, he’s happy that his audience has remained small over the years. Grow too big and you start to engage in politicking, he feels.

The hardcore community is a tightly-knit group with strong camaraderie. For one, despite looking tough and rowdy, they are all about inclusivity. “You come alone, you go back in numbers,” he is proud to say, “we take good care of each other.” But there are also misadventures. Such as the time Stompin’ Ground opened for the Rollins Band in 1992—the infamous concert that caused quite a stir when it appeared on the frontpage of The New Paper with an image of the mosh pit accompanied by the headline, “Will you let your kid do this?”. Despite nobody getting hurt in that concert, it triggered a reactionary ban from the authorities on slam-dancing, fanning negative perceptions of hardcore punk. Suhaimi doesn’t seem to mind though. To him, it’s more important to be authentic than to please a crowd. This is one of the tenets he lives by. Be real, not different. Don’t bother about what others think. Commit to your passions with an obsession, as that will keep you going for a long time.

Besides 4-sides and Stompin’ Ground, he is also involved in other project bands, LC93, Soulfire and Union of Equals, and owns the label Reconstrux Records.

Suhaimi Subandie is featured in Generation M: The Music Made Us, an exhibition at library@esplanade from 15 Apr to 6 Jun 2021.

Locked (cover of song originally by Intense Decibel) and Hypocritical Society from STRONGER, WISER, TOGETHER (2016)
by LC93

Generation M: The Music Made Us 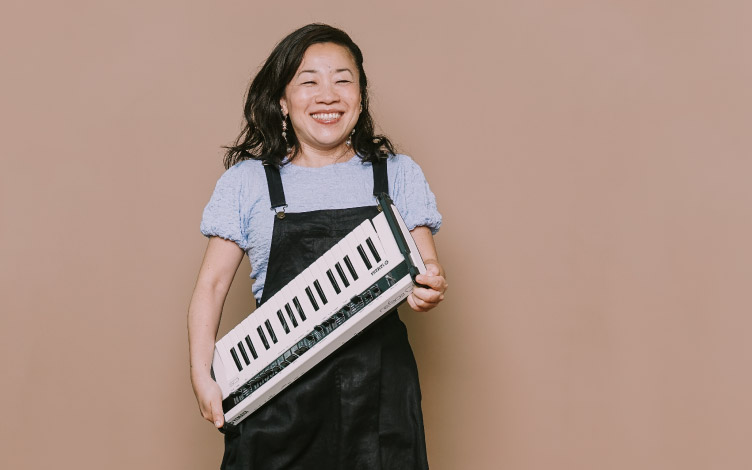 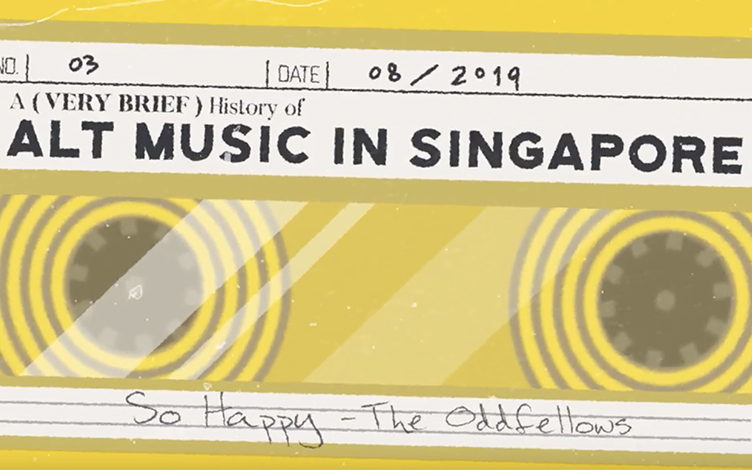