What drives hip hop’s next generation in Singapore

Carrie is a Baybeats Budding Writer who was mentored by Eddino Abdul Hadi, music correspondent for The Straits Times and Daniel Peters, a freelance journalist and contributor at NME Asia and radio DJ at Mediacorp’s Indiego.

Advisory: Some of the videos in this article contain mature and explicit content.

We all know names like Fariz Jabba and Yung Raja, but what about the community of younger rappers aiming to follow in their footsteps? With the rise and virality of local young rappers on social media, it is no wonder that the Internet has created a community of innovative melodic Gen Z rappers aiming to break into the local music scene.

Through solidarity, inspiration and following in the footsteps of the two rap artists, youth rappers are making a move in Singapore’s hip hop scene. The director of Icy BP Entertainment, ahmadjohnson69 (AJ for short), is one of them. Other performers include the melodious full-on lyrical Malay bars artist MF BIL (MF being an abbreviation of Melodic Flow) and the TikToker-slash-rapper Hafiy The Kid. More teenage artists are bursting into the current music scene, ushering in a new generation of local hip hop musicians juggling music with their other commitments. Icy BP’s ahmadjohnson69 is particularly noteworthy because he is only 20 years old and wears multiple hats—rapper, songwriter, producer, manager, artist and director of his own record label, which also has a distribution deal with major label Universal Music. He’s also currently doing his National Service.

Mostly known for his eccentric lyrics and imaginative freestyles, AJ proclaims that he creates music to uplift and make his listeners feel as shwag (as he calls it) as they can be. And he’s right, with comments on his YouTube songs always having the same positive vibrational energy. “Most of my lyrics are banter, and I write whenever I feel full of myself.” he says, his words offering a moment of self-revelation.

“I shift my focus onto only important things and try not to let anything not worthy of my time get in the way of my purpose,” says the BABY JOHNSON MC, on juggling music and his regular responsibilities. His reason for working so hard? For the Singaporean rap scene, he tells me. “To let us be heard, we are already so tiny and the only goal now is to ascend together as a whole unit.”

Also a part of Icy BP, 20-year-old student rapper MF BIL agrees with the sentiment. Rising to fame with his undeniable charisma and the trap-subverting collaborative single Siape Jack? with labelmate teenage artist Ray Martin, he tells me he truly enjoys being busy—it helps him stay committed to his goal of using his music to uplift the Malay-Singaporean community.

“I always wanted to be involved in the local and Malaysian entertainment scene as I grew up watching Malay TV shows and listening to Malay songs. I did not know what I was capable of doing till I gained confidence and guidance from my friends.” The Nanyang Academy of Fine Arts diploma student elaborates when asked about his musical inspirations, “As much as I love making, and being involved in creating music, I still have to prioritise school.”

Creating the music in a way that represents it

It’s self-evident, from its hard-hitting music to the bold personalities making them, that Singapore’s rap scene has an identity distinguishable from other genres. The ICY BP artists take it up a notch by flaunting their cultural heritage and utilising the Malay language in their music. As MF BIL puts it,“Most of the local rappers including myself took inspiration from the international rappers but I believe we modified it with our own sound.”

22-year-old content creator Hafiy The Kid shares the same outlook with local rappers incorporating their culture in their music.

Leaping into the national limelight last year with the heartfelt classic Stained, he lends an objectivity to rhyme about relatable experiences like love and relationships. “Lyrically… some of the rappers here do rap in their own language or bilingually which is definitely different from rappers in the US.” Hafiy, who surged to fame on TikTok through a bevy of skits, boasts 89.3k followers on the app. He's also of Malay heritage, but does not rap in Malay most of the time.

However, view any of the music videos for his singles and you’ll see countless tributes to the city that made him.

How else do Singaporean rappers shape their music, apart from local languages and identity? Apparently, just by being themselves. “We definitely have our own swag to our music. All we have to do is be ourselves, we are already different naturally.” AJ claims. “That is our identity. We don’t try too hard to be someone we’re not.”

Compared to the common perception of hostility in hip hop, where “beefs” seem commonplace, the hip hop scene here in Singapore is relatively more down-to-earth and laidback, with rappers and producers alike wanting to work together constantly.

In this small scene, there exists an abundance of artist collaborations, regular hangouts together and the like—it’s not too far-fetched to say that almost everyone knows everyone. “Flex culture” is also almost uncommon; the rap scene here demands authenticity. When a rapper pretends to be someone they’re not, it’s deemed corny and fake by not only the general public, but also the community itself.

“Local rappers are already standing apart from each other because we all have our own style, cadence, flow,” Hafiy The Kid declares, signifying the importance of appearing genuine when rapping and the impact the local scene has on every artist in it. He makes a bold statement,

Singaporean rappers are themselves. They definitely do not put up any act, whatsoever.

The influence of Fariz Jabba and Yung Raja

There has been a current increase of people in the scene who are inclined to take their music more seriously, with some even considering full-time careers in the industry—with Hafiy The Kid being one of them.

“Their rise to fame is very inspiring, and it does show that it is possible to do music as a living in Singapore.” It’s not an everyday sight where you see Singaporean artists going on Jimmy Fallon. Seeing people in the community that you know of come up and get featured in the mainstream music scene, not to mention around Southeast Asia, is always an exciting sight for up-and-coming rappers who have a burning passion to further their musicality.

Said AJ: “These guys prove to me that there will always be a stepping stone for local rappers, and the generation before them has proven similarly.” He reflects on older artists like Shigga Shay, who can be considered the pioneer of bringing hip hop to the mainstream with his work on film franchise Ah Boys To Men. In Singapore, the hip hop scene is always determined by and dependent on the generation before; right now Yung Raja and Fariz Jabba are simply at the forefront for these young rappers.

“It’s a never ending cycle, and with every generation, the throne gets bigger every time, because time and time again we are always doing better.”

The future of Singapore's hip hop

With the influx of students becoming rappers due to the effects of viewing rap music on social media, there is no surprise that these artists get their own fair share of negative feedback. Some go even further to want to gatekeep for the community, pushing those deemed as “not good enough” or “lyrically weak” out of it .

For MF BIL, he also takes it positively—seeing it as constructive rivalry where artists can challenge one another even harder.

More upcoming rappers means more growth in local hip hop. We ought to be more appreciative of those who are emerging from various backgrounds so that we might broaden the field.

The three artists that I have talked to all share the same sentiment, that as hip hop becomes more mainstream, with influences both locally and globally, the number of even younger local artists making Singapore a hip hop hotbed is on the rise. But what makes us different is that our local hip hop talent goes beyond just rhyming and making catchy beats—it is about our cultural roots incorporated into the lyricism and delivering aspirations to the local community.

“We’ve got to have strong faith and belief in our craft.” MF BIL states as a matter-of-fact. “I've always thought that the local musicians here had big visions, yet some of them left [the community] simply because of the support they didn’t receive.” Definitely, with all this momentum, there has been a rise in online trolls criticising local artists and their music (often termed cultural cringe), but to have the mentality of accepting the criticism and have confidence in your musicality is the way to succeed. A video below shows a viral cypher with young local rappers that triggered an outlash of criticism in 2021.

Young rappers not only have to juggle their commitments with their music, whether it be school or National Service, but also the essential need to push through bunch of negative comments from both the hip hop community and locals to achieve their purpose of impacting the future rappers of Singapore; that’s why they stand out amongst the brimming sea of musicians in the rap scene. And these artists get that. AJ seconds those points.

Apart from being a Baybeats Budding Writer, Carrie is also currently a college student with a love for everything indie and experimental — be it music, fashion, or film. Follow her on Instagram @jialinrie. 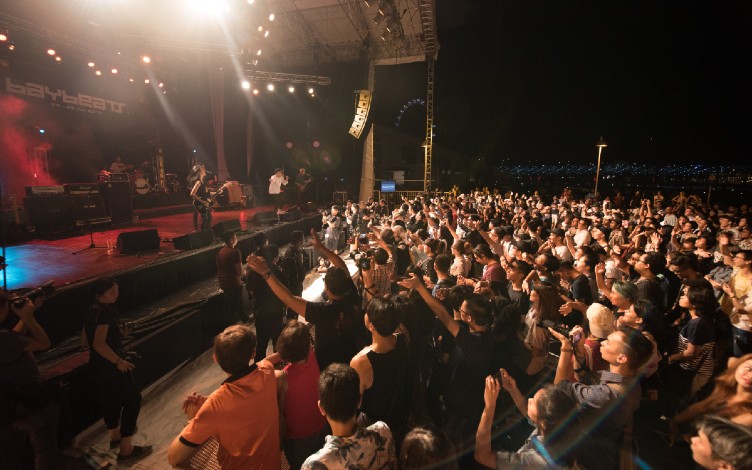 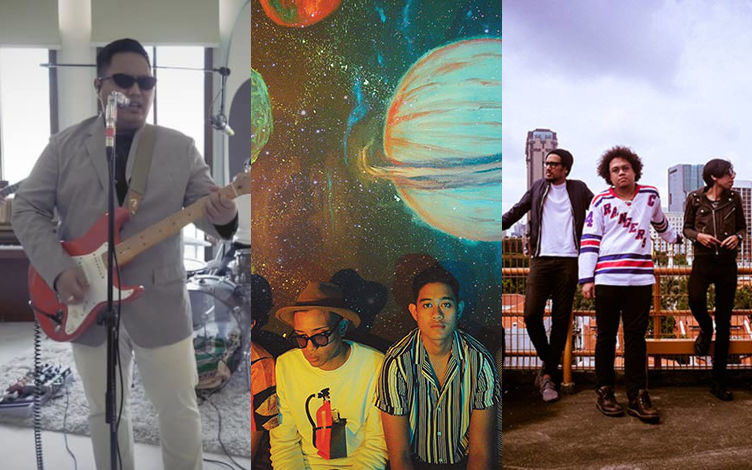 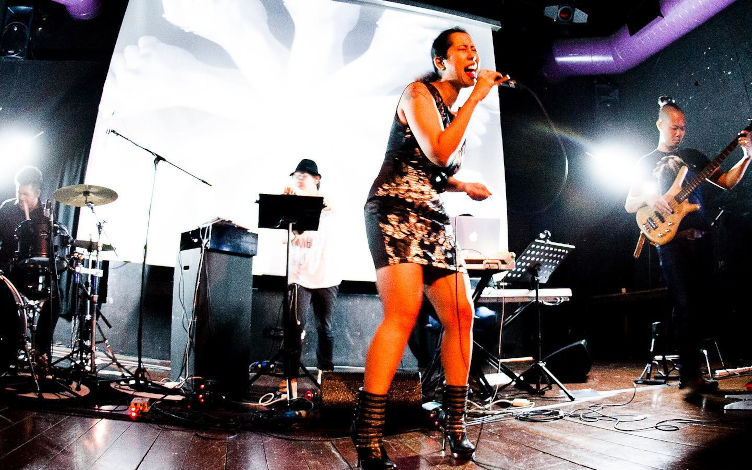 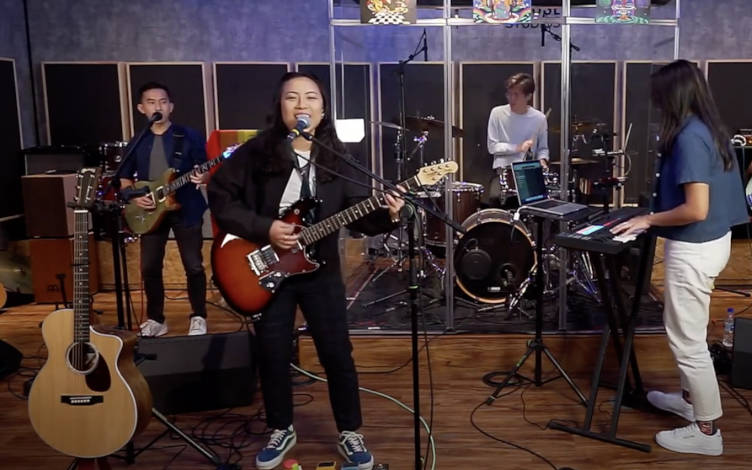 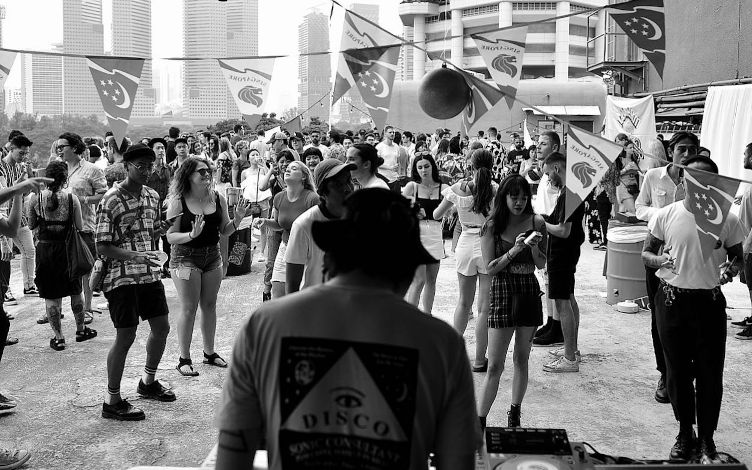 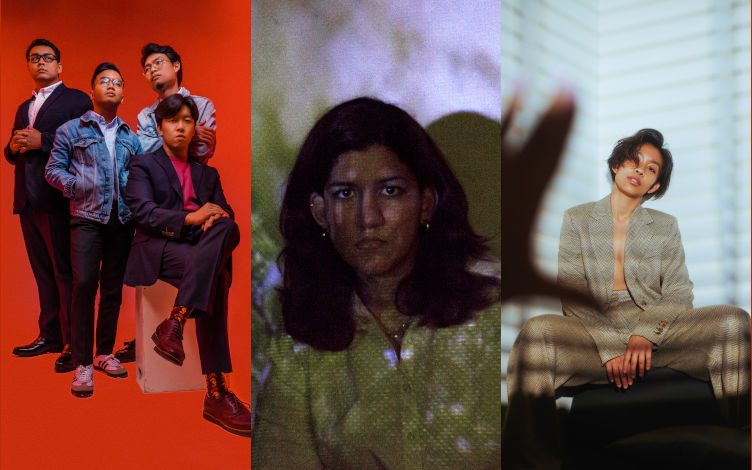