Who run the (dance) world? Girls

Queen Bey knows best. These female icons of the dance world aren’t just known for their extraordinary gifts as performers. They are choreographers, dancers, producers, managers, company leaders, artistic directors, trailblazers, all rolled into one. Behind the transcendent performances they present on stage are hard work and the very human realities of life, from mental health issues to misogyny. Dance at its top managerial levels is said to be a man’s world, but it is these women who rule it. In an era where prima ballerinas like Anna Pavlova and Marie Bonfanti induced exaltations at each performance, a group of women—Agnes de Mille, Isadora Duncan and Martha Graham—learnt the conventions of classical dance and then defied them through experimentation. Graham's works proved more distinctive than de Mille’s, more timeless than Duncan’s. They are haunting, surreal, deliberately unpretty at times but never unmemorable. Her technique of dynamic movement and dramatic tension based on ideas of contraction and release proved visionary, and influenced legions of choreographers and performers from Madonna to Twyla Tharp.

The Martha Graham Dance Company—founded in 1926—continues to be globally acclaimed long after her death in 1991 at the grand old age of 96. In the movie The Birdcage, Robin Williams as the owner of a drag nightclub urges his employees to artistry, exclaiming, “you could do Fosse, Fosse, Fosse! Or-” Williams drapes his shirt over his head and performs some awkward glissades in a parody of Graham's signature style, “Martha Graham! Martha Graham!” It was a testament of Graham’s iconic status in the public consciousness. Rukmini Devi made waves among the conservative Indian society when as an upper-caste Brahmin she married a Briton, a foreigner. She shook it further when, through the urgings of Anna Pavlova, she started exploring Indian classical dance and was drawn to a centuries-old temple dance style known as Sadir after witnessing a performance of it. At the time, this ancient dance form was so taboo that it was considered a sin to study it. Rukmini not only learnt Sadir, but overhauled it.

By elevating it aesthetically and musically, and developing techniques and a syllabus for others to learn it, Rukmini began a dance renaissance. Sadir became known as Bharatanatyam, a globally recognised art form. It is characterised by a stillness of upper body that is maintained while the dancer performs with bent, turned-out knees, communicating using an elaborate vocabulary of hand, facial and eye movements. Rukmini passed away in 1986 at the age of 81, but her students at the Kalakshetra academy in Chennai and Kalakshetra Repertory Company continue her work today, studying and performing the dance form that she breathed life into. A slim wisp, Pina Bausch may have cut a fragile figure, but she was one of the most formidable choreographers in modern dance. Bausch’s works are characterised by their high emotional drama and strangeness—in Café Müller, most of the dancers perform with their eyes closed as they move amongst a chair-strewn café set; in Viktor, ballgown-clad dancers fly through the air; and in Nelken, the stage is strewn with thousands of silk carnations.

But at the heart of Bausch’s world is an exploration of humanity—relationships, femininity, masculinity, fear, anger, pain, pleasure, love, youth, life and death. Bausch created and performed works with her company, the Tanztheater Wuppertal Pina Bausch, until her passing at age 68 in 2009. She demanded from her troupe only what she asked of herself—that they not only be great dancers, but great actors, as they plumb the depths of human emotion at every performance. 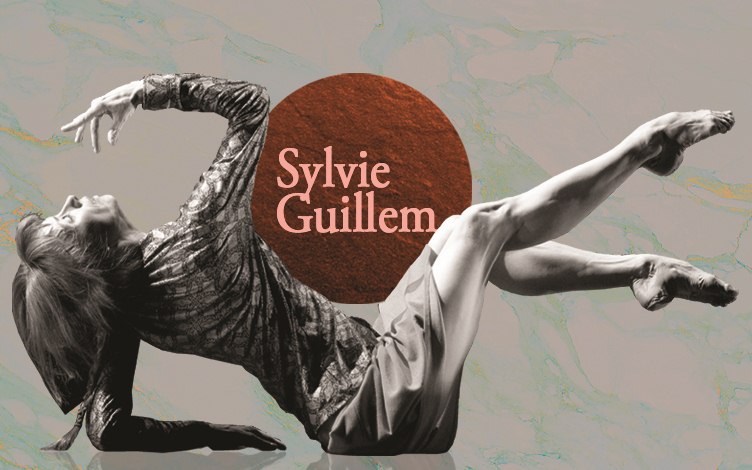 From star dancer at the Paris Opera Ballet and Royal Ballet to contemporary dance icon, from croissant-and-charcuterie-munching Parisian to vegan eco-warrior, Sylvie Guillem has a penchant for reinventing herself. Known for her technical virtuosity, sky-high extensions and mesmerising stage presence, the prima ballerina turned herself into one of the world’s most sought-after contemporary dancers, performing works by foremost contemporary choreographers like Akram Khan, Jiri Kylian and Maurice Bejart.

Guillem showed the world that there is life for female ballerinas post-pointe shoes. How did she do it? With an iron will and an inability to compromise the standards she set for herself, or anyone else—this is the woman who decried the “supermarket” nature of ballet awards when she accepted her “World’s Best Ballet Dancer” prize, and described her daily training as akin to “whipping oneself daily”—a painful necessity to keep her supple body in prime dancing shape. In 2013, at 48 years old, she declared she would retire at 50. And she did exactly that on the last day of December 2015. She wouldn't be Sylvie otherwise.

Read the programme booklet for Guillem’s Life in Progress, her swansong production presented by da:ns festival in 2015 Her intricate, stage-pounding footwork sets an emphatic, percussive rhythm unto itself, accompanied by the silken strums of guitars and purring vocals. Flamenco queen Sara Baras isn’t afraid to march to the beat of her own feet. She set tongues wagging in the late ’90s when she and her sextet of female dancers appeared on London’s stages clad not in the frills and finery of traditional flamenco costumes, but in sleek tuxedo suits.

With the company she has founded and led for over 20 years, Baras has the freedom to pursue new artistic avenues for flamenco dancing, infusing it with a sense of theatre while remaining true to its gypsy spirit. Baras has performed for kings and queens, but watch the snap of her heels and the flick of her wrist, the intensity of her gaze as she strides across the floor, and you might feel that the true royalty is the lady onstage.

Sara Baras performed Voces, suite flamenca with her company at da:ns festival in 2016

Tan Li Min is the owner of Cloud & Victory, an ethical ballet clothing brand. She is an avid theatre lover, occasional writer and full-time short person.