Akanksha Raja on decolonisation and marginal perspectives in Singapore theatre.

What you cannot unmake, you must remake.

Taking on history and the Bicentennial

We’re coming to the end of 2019, and looking back on the past year in Singapore theatre, it strikes me in retrospect that this pithy quote about history—from Tiger of Malaya, written by Alfian Sa’at and staged in September 2018 by Teater Ekamatra—makes for a fitting prologue to this year’s theatre calendar. 2019 has seen a proliferation of theatre productions that are keenly concerned with the possibilities and challenges of unmaking and remaking history.

History as a subject matter in Singapore theatre has been represented, reimagined, played with on several occasions prior to this year. A recent example is Drama Box’s Chinatown Crossings (2018, with a restaging in 2019), a site-specific ambulatory performance inspired by real-life recounts of residents from the titular neighbourhood. Going back further, who can forget Hotel (2015), Wild Rice’s two-part, five-hour epic charting 100 years of Singapore’s history through 11 diverse and interconnected vignettes. There was also Ng Yi-Sheng’s The Last Temptation of Stamford Raffles (Singapore Theatre Festival 2008), which offered a humanising perspective on the often apotheosised colonial leader, and The Necessary Stage’s Asian Boys Vol 1. (2000) which rewrote Singapore history through a queer lens.

What sets this year’s history-themed productions apart from those that came before, is a sharp and urgent focus on interrogating the framing of historical narratives and notions of a monolithic authorship, advocating for decolonisation, and foregrounding perspectives of historically underrepresented bodies, perspectives, communities (whether with regards to race, gender or sexuality). In many ways these productions can be read as charged and strident forms of activism calling for radical shifts in perspectives and representations of history. Addressing the damages of colonialism

What underpins this interest in revising Singapore’s history? The most obvious factor is Singapore’s extensive, year-round Bicentennial programme memorialising Raffles’ founding of colonial Singapore through a smorgasbord of interactive exhibitions, performances, installations and other public activities. There has been plenty of critique about the Bicentennial’s ambivalent revisionist positioning as a commemoration of 200 years of colonial history as well as of 700 years of Singapore’s history, eliding the deep-rooted injustices and damages engendered by British colonialism both globally and regionally. Even before the complete programme of the non-bicentennial Bicentennial was announced, artists and theatre-makers were primed to respond to the state’s papering-over of the darker underbelly of colonial history. The drive towards reconfiguring historical narrativity resonates with the growing global movement towards decolonisation that many academics, historians, activists, and artists, have been vigorously contending with, especially in light of the realisation that over the last few years, we find ourselves in an era in which we seem to be reliving some of the most deleterious ills of the previous century: demagogues, xenophobia, ethnic cleansing, the manipulation of media, racial supremacy. It’s only natural that the art and theatre arising from such times would fight with vehemence for urgent action.

A Mandarese and an Abyssinian woman from the harem of a Malay prince in Singapore, 1857-1858. Image credit: Fedor Jagor, Peranakan Museum. From <em>Ayer Hitam: A Black History of Singapore</em>.

As early as January 2019, we saw three productions at the M1 Singapore Fringe Festival that addressed lesser-known histories of marginalised people in Singapore. Ayer Hitam: A Black History of Singapore by Sharon Frese, Irfan Kasban and Ng Yi-Sheng was a lecture-performance retelling a history of Singapore vis-à-vis the journey of the African diaspora. It interweaves Frese’s own reflections about her lived experience of Singapore, given her multi-cultural background as a British national of Jamaican descent who has lived in Singapore for 10 years and considers it home. Ritualistic elements in the work, such as the use of a bowl of water to symbolise healing, and the recital of prayer from the Quran, mark the performance as a kind of sacred act of protection and safekeeping for these stories and these lives that have passed unacknowledged and sometimes deliberately silenced. It’s a landmark production as Singapore’s historical and contemporary sociocultural relationship to the African diaspora has never been explored in local theatre, and is a crucial contribution to ongoing conversations about multiculturalism and race in Singapore that go beyond the CMIO (Chinese-Malay-Indian-Others) framework. Another lecture-performance at the Fringe was Catamite by Loo Zihan. The title refers to the now unused word for a young gay man; the term’s obsolescence is paralleled with the production’s concern with the notion of the archive, the legacy of one’s personal possessions and the encoding of one’s identity and lived experience within these objects. Extending from a previous work by the artist, Queer Objects: An Archive for the Future, the work also ponders on the indefatigable vestige of colonial legislation that criminalises homosexuality in Singapore (Section 377A), the power dynamics underlying the use of this law in cases of relations between colonial rulers and subjects, and asks why some things in history are quickly forgotten or swept away, while others persist against the test of time and sociocultural and moral paradigm shifts. Also at the Fringe, we saw Angkat: A Definitive, Alternative, Reclaimed Narrative Of A Native by Nabilah Said and Noor Effendy Ibrahim. Two intertwined stories exploring the complex experience of displacement and dispossession of identities, both familial and geopolitical. The first story is of a Malay mother and her adopted daughter, who struggles to stake a claim to her complex racial identity as it begins to come under media scrutiny after she joins a national singing competition. The second story, that of a girl who leaves her home island off the coast of Singapore to move to the mainland, parallels the stories of the Orang Seletar that we would come to hear later in the year through the second half of Tanah•Air 水•土：A Play In Two Parts by Drama Box, a documentary retelling of indigenous lives and the effects of migration and assimilation into a new dominant culture.

Relearning and revising what has been handed down Underrepresented stories of the subaltern were the focus in Merdeka by Wild Rice, which took place almost concurrently with Tanah•Air. With a diverse group of anti-colonial activists as its protagonists, it presents an effort to decolonise a selection of historical narratives taking place between Southeast Asia and India, by re-enacting them from the gaze of the colonised rather than the coloniser. Throughout the play the group of friends continually unpack what it means to decolonise, pushing the point that decolonising isn’t a straightforward solution but a constant process of relearning and revising what we have been handed down. Civilised by The Necessary Stage presents another open-ended exploration of what it means to decolonise. Similar to Merdeka, the performance draws on a range of cases of colonialism from around the world, including, for example, the exploitation of people and resources in African countries by Chinese corporations. Through an interactive segment in which audiences are invited to write down what being "civilised" means to them, the production also explores how our conception of civilisation draws from a colonial understanding that distinguishes it from what might be considered "savage", uncouth or "other"—pointing to the fact that the effects of colonialism aren’t limited to political power and overt subjugation of peoples but an insidious pattern of thinking that permeates our everyday lives and personal behaviour. Another production centering marginalised perspectives bearing the brunt of colonialism, specifically of brown and black women, was Miss British by The Art of Strangers, presented as part of the Esplanade’s The Studios series. Devised in part by performers Rebekah Sangeetha Dorai, Sharon Frese and Grace Kalaiselvi, the multimedia production intersperses stories from their personal lives about racism, colourism and colonial power with movement pieces, music and readings and references to key texts about the coloured female body in relation to colonial dominance.

Looking at these productions together as a large, interwoven tapestry of resistance against the tacit validation and veneration of imperialism, what stands out is that the movement towards remaking history isn’t just a collegiate exercise in academic polemics. The prospects of decolonisation that these plays suggest aren’t radically new, but derive from established historical research and oral history interviews. More powerfully, this teasing and problematising of historical narratives unravels the intricate roots of stigmas, prejudice and inequality we grapple with today—from the persistence of Section 377A, to the insidious Eurocentric influence within colourism, to the social problems arising from systems of racial classification that stem from British imperial rule. What makes these productions so definitive of 2019 is that we have realised that we cannot simply unmake these harmful, long-standing and deep-rooted realities; the way forward lies in taking ownership of the stories we’ve been told and rewriting them in order to live our way into a better and more equitable society. 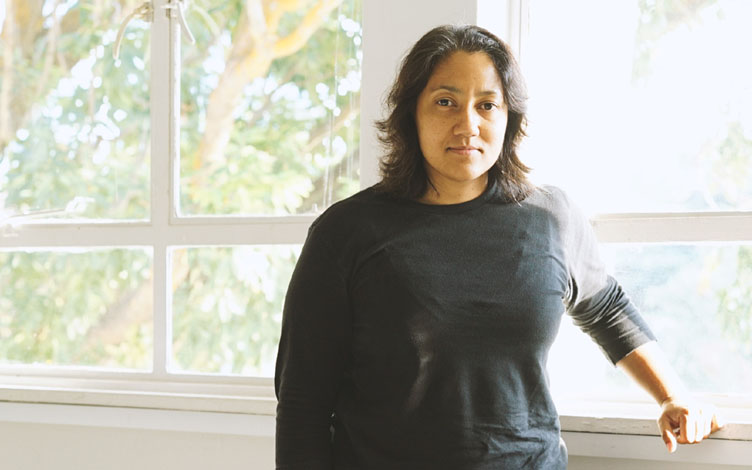