The enduring legacy of an ancient epic

If the original Mahabharata were to be published today, it would likely be described as “genre-defying”. All at once, it is an epic lyrical poem, a family drama, a treatise on justice and righteous war, a collection of parables, and a guide to Hindu philosophy and cosmology. It is an all-encompassing narrative that instructs as much as it entertains, evoking pathos as much as reverence. Alongside the Ramayana, the Mahabharata is one of the seminal texts in the development of Hinduism, its influence percolating through generations and across geographical borders. It draws numerous comparisons of form and theme not only to works of the classical canon such as Homer’s Iliad, but also to pop cultural touchstones such as the A Song of Ice and Fire series of fantasy novels by George RR Martin and the Marvel Cinematic Universe.

Its appeal is both high-brow and populist. It is as much surrounded by academic scholarship as it is by comic book adaptations and cartoon series, and inspires philosophy and intellect as much as it does movement and action.

To trace the history of the Mahabharata is to tap into the kaleidoscopic and interpretive nature of storytelling itself. Scholars pin the Mahabharata’s oral-tradition origins to circa 400 BCE, when versions of its constituent stories were retold by priests and ascetics, and reinterpreted by travelling dance troupes. During the cultural golden age of the Gupta Empire circa 400 CE, the stories were unified in a single text written in Sanskrit verse, comprising approximately 100,000 stanzas across 18 chapters. The Mahabharata was disseminated across the Indian subcontinent, while also continuing to be reinterpreted through a variety of performance forms across the region and immortalised in monuments decorated with stone reliefs depicting pivotal scenes. Centuries later, translations of the text appeared in a multitude of South and Southeast Asian languages as recorded literatures started to develop and stories cross-pollinated across the region, traversing borders of cultural and linguistic difference.

The practice of reinterpretation runs deep in the heart of the Mahabharata. The preface of the Sanskrit Mahabharata tells the story of its own creation—its “origin story”, to borrow a term popularised by Marvel—where Vyasa, the revered author of the text, dictates the stories of the Mahabharata to his dedicated scribe, the elephant-headed god Ganesha, who shoulders the added challenge of interpreting Vyasa’s many meta-commentaries on the main narrative. The Mahabharata is defined by such frame tales, or stories-within-stories.

The nucleus of these tales is the story of a war for the throne of Hastinapur between two groups of cousins: the five Pandavas (sons of Pandu) and the 100 Kauravas (sons of Dhritarashtra, born blind). Folio from an illustrated 19th century edition of the <em>Mahabharata</em>. Text includes parts of verses from the opening chapter of the <em>Bhagavad Gita</em>, which is on the topic of Arjuna's distress. Image depicts Arjuna seated within the chariot, speaking with charioteer Krishna. Collection of the British Library.

While Dhritarashtra is the older brother, and therefore first in line for the throne, Pandu is deemed a better fit because of his sight. While both groups were grandchildren of Vyasa, the Pandavas had been fathered by deities (as Pandu was under a curse that made him infertile) and the Kauravas are described as human incarnations of demons. The Kauravas covet the throne, and Pandavas are treated cruelly by their cousins from a young age.

The eldest Pandava, Yudhisthira, loses his kingdom and wealth in a rigged game of dice against the Kauravas, led by their leader Duryodhana. As a result of Yudhishthira's loss, the Pandavas and their consort Draupadi are humiliated in court and forced into exile for thirteen years. Duryodhana refuses to return Yudhishthira's kingdom after the exile. Only after exhausting peaceful and diplomatic efforts to retrieve the kingdom, are the Pandavas convinced by Krishna to wage battle.

Yudhishthira's brother, the Pandava warrior Arjuna, faces a deep moral dilemma about the cost and benefit of war. His concerns are resonant even in the 21st century: how far is it worth remaining tolerant and benevolent in the face of injustice, and can violence ever be righteous? He calls on his charioteer Krishna for counsel, upon which Krishna shares philosophies of duty, justice and spiritual living that form the key Hindu scripture, the Bhagavad Gita. The Pandavas defeat all the Kauravas, but not without suffering devastating losses of their own. The aftermath of the war leads the Pandavas to reflect on the meaning of war, the destructive force of vengeance, and the possibility of atonement.

One of the earliest cross-cultural influences of the Mahabharata was on 11th century Javanese performance. The old Javanese translation of the epic, titled Kakawin Bhāratayuddha, became a wellspring of inspiration for wayang wong (dance drama) and wayang kulit (shadow puppetry), which catalysed the spread of Hinduism and Indian philosophies around the region. Elsewhere in Southeast Asia, the 12th century Cambodian temple Angkor Wat features bas-relief friezes of scenes from the Mahabharata. Angkor Wat bas-relief frieze of warriors from the <em>Mahabharata</em>.

It was not until the late 20th century that it captured the Western imagination: Peter Brook famously directed the ambitious nine-hour theatrical adaptation The Mahabharata (1985), which drew criticism for its orientalist direction. More recent interpretations of the text present a distinctly feminist approach to the text, focusing on the underrepresented agency of the Mahabharata’s female characters, as in Akram Khan's Until the Lions (2016), or a postcolonial approach, such as Why Not Theatre’s upcoming 2023 adaptation, featuring performers of South Asian descent and a Sanskrit opera adaptation of the Bhagavad Gita. In Singapore, the Mahabharata is often adapted for stage by the renowned Indian performing arts institution Bhaskar's Arts Academy, which retells stories from the epic through the Malayali dance-drama form of kathakali.

The Mahabharata has also inspired more modern forms of storytelling: a Singapore-produced collectible strategy card game entitled Legends of Vyas was the first of its kind specifically tailored to the epic. Singaporean playwright Chong Tze Chien’s multilingual, multicultural production of Kingdoms Apart weaves in further layers of meaning with the integration of puppetry, live camera feed and multimedia. It transports the Mahabharata’s existential and political themes to the 21st century, which, while more interconnected, culturally diverse and technologically complex, is still hopelessly fraught with many of the concerns explored in the ancient text: intergenerational burdens, revenge, abuse of power, the justifiability of war in the face of injustice, among others. What is it about stories of deities and mythological beings that enrapture us century after century, inspiring ever more adaptations across mediums and languages? Are they merely entertaining flights of escapism, with fantastical idols that model universal ideals that we mortals can only aspire to?

Perhaps the reason for the Mahabharata’s endurance is that it confronts us with our inherent humanity.

As much as we aspire to the might and wisdom depicted in the Mahabharata’s tales, we see ourselves more in its heroes’ fallibilities: in Yudhisthira’s loss we recognise our own vulnerability, in Arjuna’s hesitation before the war we glimpse our incessant self-doubt and search for purpose. The recognition of these crucial moments of human struggle give us assurance and hope that we too may triumph despite our imperfections. This recognition may well explain the lasting impact of the Mahabharata. Just as the Mahabharata is a nesting-doll of manifold stories and meanings, so too is its ever-unfolding legacy.

Kingdoms Apart, a contemporary reimagining of the Indian epic tale The Mahabharata, takes place from 23–27 Nov 2022 as part of In New Light – A Season of Commissions, in celebration of Esplanade's 20th anniversary.

Family tree of main characters in the Mahabharata 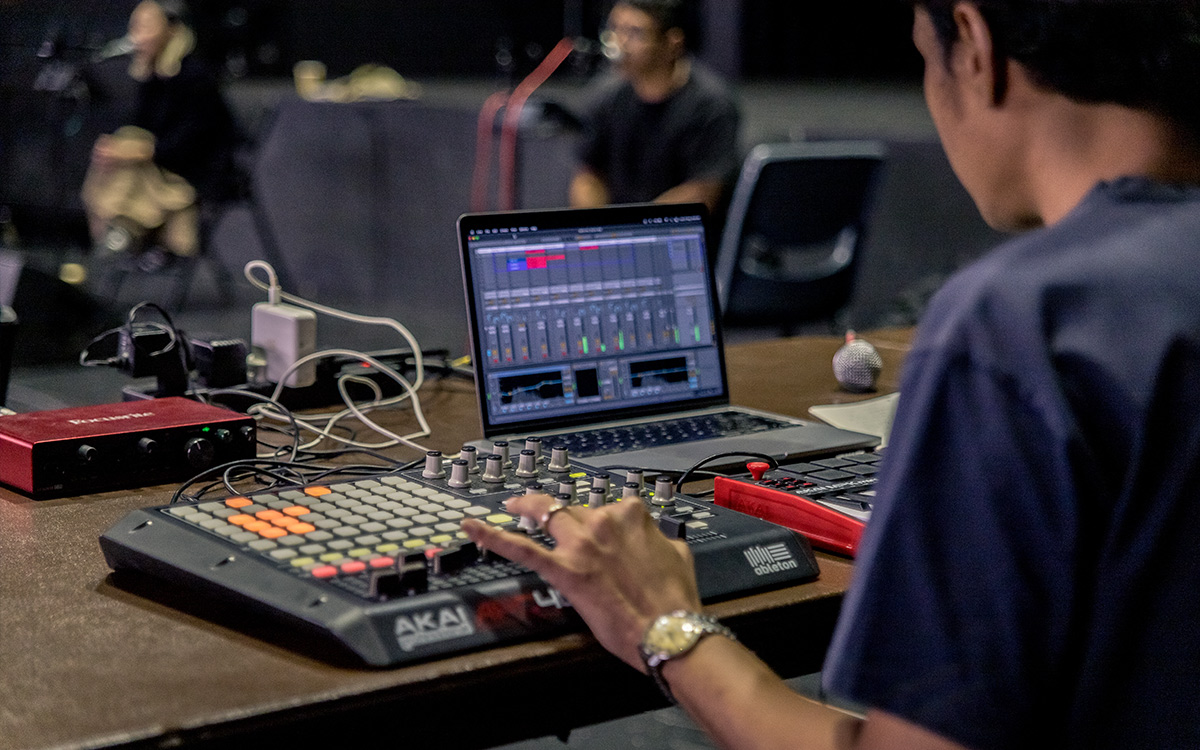 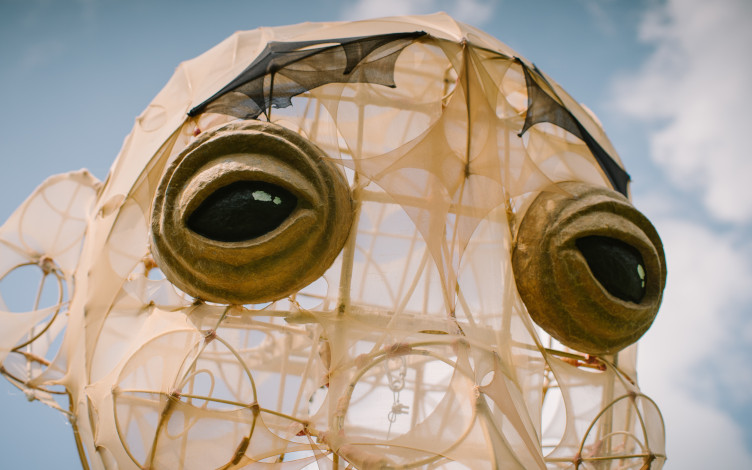 In celebration of Esplanade's 20th anniversary

In New Light - A Season of Commissions

Rejuvenate your soul with brand new works and see the arts and life in new light.