Shining a light onto The Far Side of the Moon.

First staged in 2000 to critical acclaim, French-Canadian director Robert Lepage’s The Far Side Of The Moon is playing at the Esplanade for two nights in Nov 2019. Set against a backdrop of the space race between the United States and the Soviet Union, this production combines style and substance, with technical wizardry and spellbinding stagecraft bringing to life a poignant story between two estranged brothers.

Since its debut, the production has been touring the world, first starring Lepage, and then later Yves Jacques, both of whom have received rave reviews for their performances.

Still unsure whether to catch it? Here are five reasons to help make up your mind.

After the death of their mother, two brothers come together to clear her effects. Reclusive and idealistic Phillippe is a struggling PhD student who is trying to write a thesis on the space race being a fundamentally narcissistic endeavour. The younger brother, Andre, is a weatherman on television, a flashy and successful media personality who is by turns frustrated and protective of what he perceives as his sibling’s lack of drive and confidence. Over the course of the play, old resentments and rivalries emerge.

The play also works on several levels, with Phillippe’s obsession with all things space-related providing obvious but unforced resonances. The Cold War space race between Soviet Russia and the United States has shades of the sibling rivalry between the two brothers; Phillippe’s longing for contact with extraterrestrials could be read, ironically, as a yearning for connection with an unreachable brother.

Scene from The Far Side of the Moon. Photo by David Leclerc.

Phillippe and Andre are set up to be foils to each other. Phillippe is dreamy, socially anxious and uncertain; Andre is materialistic, confident and ambitious. Tellingly, Phillippe identifies with "cosmonauts", the preferred term by the Russians, who lost the space race. He calls them artists. By contrast, he has contempt for "astronauts", which to him stands for “very well-funded”.

Although the characters are pitted at two extremes, they do not feel two-dimensional. On one level the play’s perspective skews towards Phillippe’s, the sensitive academic who yearns for something more than the humdrum existence on earth, and it is his interest in space that informs the thematic background of the play. At the same time both characters are well-rounded and sympathetically written.

The sibling relationship, filled with so much frustration and love, also has the ring of truth. The brothers have been described as yin and yang, but they can also be seen as each other’s Jungian shadow—the neglected and repressed sides of their own personalities. Much as they dislike each other, they are inextricably bound, and the show offers profound insights into the love-hate relationship not just between siblings, but within parts of ourselves. 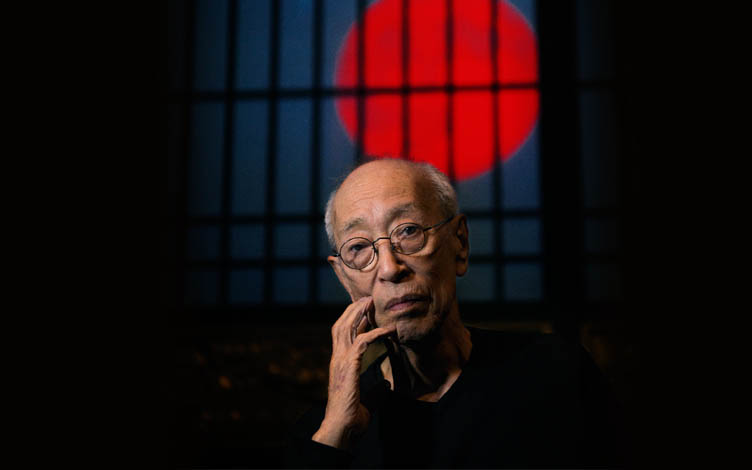 Lepage’s theatre company, Ex Machina, is known for its innovative, interdisciplinary approach—and indeed, the technical accomplishment of this production is one of its strongest draws. The set comprises a horizontal bar that stretches across the stage and incorporates a mirror. The bar rotates to create various settings and atmospheres, for example, a lecture theatre where the audience’s reflections are reflected, a quiet laundromat, and a long bar where Phillippe is the last customer. The mirror is also used to stunning effect in the show’s sublime ending, where, without giving too much away, Phillippe appears to get his wishes of leaving earth fulfilled, in a perfect melding of set design, direction and performance.

The use of props is endlessly inventive. A miniature astronaut, expertly puppeteered, becomes a child. A circular window morphs from the door of a washing machine, to the hatch on a spaceship, and to a goldfish bowl—allowing for a natural progression of scenes and effects that feel magical and dream-like. The dream-like set of The Far Side of the Moon. Photo by David Leclerc.

A veteran of stage and screen, Quebec-born actor Yves Jacques plays both brothers and in essence, carries the 2.5-hour show on his own. The characters converse with other people, but you hear only their side of the conversation. Whether as hesitant Phillippe or brash Andre, delivering a public lecture or carrying on a phone conversation while stuck in a lift, Jacques commands one’s attention throughout.

His characters are fully distinct without falling into caricature. But it is as sad and lonely Phillippe where most of the memorable scenes lie. One features Phillippe submitting a video recording of his home to be sent to space with mordantly humorous commentary; another scene is when he discovers his mother’s old clothes. In her dress and high-heeled shoes, he dances around her apartment with a miniature astronaut, a stand-in for him as a child. 5. The far side of the moon

Tidal forces from Earth have slowed down the moon’s rotation to the point where the same side is always facing the Earth. The “far side of the moon”, or the “dark side”, is the hemisphere that faces away from earth.

In his director’s notes, Robert Lepage writes that the moon has “poetic strength”. Indeed, it does encapsulate the complexities of the play’s ideas and its aspirations. Given their differences, the brothers are perhaps the dark sides of each other’s moons. Phillippe’s challenges are due as much to his crippling anxieties as to his bullying brother; and Andre’s exasperation with his “failing” brother stem from his rejection of the weaker parts of himself.

The far side of the moon is also an object of yearning for the artist. Phillippe, who believes that life on earth is repetitive and meaningless, could also be seen as the most idealistic of artists, reaching towards something that is beyond human scale and understanding. His melancholic strivings guide the production’s direction, evoked in the shadowy blue-grey palette and more fundamentally, underscoring the unspoken belief in the power of art to venture into unknown reaches.

An arts writer and editor based in Singapore, Adeline Chia is the associate editor of ArtReview Asia. Her previous roles included Southeast Asian bureau chief of Artinfo and arts correspondent in Life!, The Straits Times.

The Far Side of The Moon