A pioneer of New Indonesian cinema

Some have celebrated his work as brave, poetic even, while others slammed it as esoteric and controversial.

But whichever camp one falls into, it is impossible to accuse Garin Nugroho of being boring! A pioneer of New Indonesian Cinema, Nugroho is widely known as a visionary director who negotiates the complexities of his country and culture through diverse filmmaking styles and artistic disciplines that span theatre, installation work, painting and writing.

He likens his approach to an iconic dish from Indonesia, nasi campur or mixed rice as he believes that filmmakers must not shy away from applying various styles and strategies to bring their ideas to life. “Similar to nasi campur in which white rice is accompanied by small portions of many dishes, my method of working is to mix or combine various elements of art and media; both local and global, oral and written cultures, formal and informal, pre-modern and post-modern. Each unique mix can bring about suspense and surprise in their own way!” Nugroho muses in an email interview with Offstage.

Nugroho’s rise to acclaim… and notoriety!

Even though Nugroho began his filmmaking career as early as 1981, he truly burst onto the scene a decade later with the release of Cinta Dalam Sepotong Roti (Love in a Slice of Bread). This poetic film about three childhood friends going on a road trip only to be confronted with romantic and sexual crises is said to express societal angst from the stifling grip of then President Suharto’s oppressive New Order regime. It is still regarded as one of the more progressive films to be made in Indonesia and went on to garner five Citra Awards—the Indonesian equivalent of the Oscars—including Best Feature Film.

Cinta Dalam Sepotong Roti and his other films from the 1990s are an early indicator of the filmmaker he would become: a kind of provocateur who is proud of the unique and sublime traits of Javanese culture but who is also unafraid to highlight socio-political issues of modern Indonesian society. Surat Untuk Bidadari (Letter to an Angel) is a fascinating docufiction hybrid. It was filmed on Sumba Island where the communities still practised pre-Hindu animism. This rural drama about a melancholic, motherless boy whose Polaroid photo-taking antics stir up trouble among the locals is interspersed with footage of actual rituals that include animal sacrifices. Nugroho’s treatment emphasises the violent clash between traditional Indonesian life and modernity.

Behind-the-scenes images from the film shoot of Surat Untuk Bidadari.

Nugroho’s acclaim in Indonesia and overseas only grew with each new film he made. Bulan Tertusuk Ilalang (…And the Moon Dances), about two disciples of traditional Javanese arts dealing with past trauma, won the FIPRESCI Prize Forum of New Cinema at the Berlin International Film Festival in 1996. Daun Di Atas Bantal (Leaf on a Pillow), a gritty drama depicting the daily lives of street children in Yogyakarta, was Indonesia’s submission to the Academy Awards in the Best Foreign Language Film category and also screened in the Un Certain Regard section of the 1998 Cannes Film Festival. It is still celebrated as one of the most renowned films from Indonesia today.

By the 2000s, Nugroho’s work generated significant industry buzz and he even attained a following in the global festival circuit. So, it was hardly a surprise when he was sought out for a film commission in Austria. Opera Jawa (Requiem from Java) is a gamelan musical film inspired by the story of The Abduction of Sinta from the ancient Hindu epic The Ramayana, commissioned for the Peter Sellars’ New Crowned Hope festival in celebration of Mozart’s 250th birthday. Nugroho combines gamelan music, traditional Javanese dance, fashion, theatre and art installation to create this visually-stunning opera with a Southeast Asian twist. Opera Jawa went on to win the Silver Screen Award for Best Film at the Singapore International Film Festival in 2007.

Opera Jawa may have set the stage for Nugroho’s ambitious 2016 stage production Setan Jawa, a black-and-white silent film screening, inspired by the classic 1922 horror film Nosferatu and Javanese mythology and accompanied by live music. Performed at Esplanade – Theatres on the Bay in 2017 to a full house, Setan Jawa was a grand production that merged the aesthetics of German expressionism and wayang kulit. Nugroho collaborated with leading artists from Indonesia and beyond to realise this vision. The mesmerising soundtrack was jointly created by Australian composer and conductor Iain Grandage and famed Indonesian composer Rahayu Supanggah and performed live by a 20-piece gamelan ensemble and members of a Western orchestra. The performance received a standing ovation and was lauded by both critics and viewers alike.

Nugroho would return to Esplanade in 2019 to direct Fatih – The Prince & the Drum. Commissioned by Esplanade, this well-received theatre production tells the original tale of Prince Fatih and his fantastical journey towards self-discovery through Malay percussion, martial arts, prose and song.

Returning to where it all began with Sarung

Considering his creative journey with Esplanade of late, it is heartening that Nugroho will be commemorating 40 years of filmmaking at this year’s Pesta Raya – Malay Festival Arts where he will debut his latest work virtually. Sarung is a short film about a dancer who is inspired to create new choreography as she interacts with a versatile piece of cloth. This creative process stirs memories of her mother and she makes the journey home. It features two Indonesian dancers: relative newcomer Mike Hapsari and the legendary choreographer Ibu Rusini.

The film reflects on notions of home and familial bonds, themes that have become even more meaningful in these unprecedented times. There is also a sense that Nugroho has come full circle—for all the ambitious projects that have taken him around the globe, his heart will always be in that childhood home surrounded by traditional Javanese artistry.

As the director himself puts it, “Sarung serves as a reminder that creation grows from intimate spaces and opportunities and observations of life just as humans burst forth from a small womb. This is why I wanted to create in a small-scale setting with masterful artists who give life to the performing arts.”

Diana Othman has spent 11 years working the media and arts industry in Singapore and all her life being passionate about cinema and the written word. She consumes films and muses on them to escape reality for a while and feed her soul. 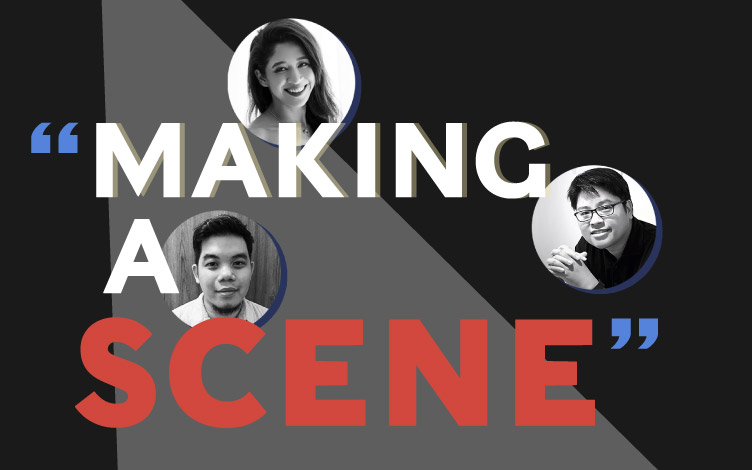