Traits of homegrown musicals through the years

Singaporean musicals have brought me joy throughout my adult life. I've watched them, reviewed them, bought their house programmes and soundtracks, even written librettos for a couple. They’ve left an indelible impact on my psyche: when I'm feeling sorry for myself, Mai Phen Rai from Chang and Eng starts playing in my head; when I'm itching for a catfight, I picture Rosemary and Lulu from Beauty World duking it out in their duet No Class.

So it’s a little embarrassing to confess that I don't exactly know what a Singaporean musical is.

Theatre experts claim that the genre was born in 1988, with the landmark productions of Makanplace and Beauty World. Yet our forebears were enjoying fusions of music and drama long before that, in multiple forms: Chinese Opera, Malay bangsawan theatre, British pantomimes, assorted vaudeville acts and variety revues. The Golden Age of Malay Cinema in the 1950s and ’60s was chock full of musical films, overlapping with the genres of horror, history and social commentary. Similarly, the tradition of Tamil dance drama has thrived since colonial times, with original works influenced by Bollywood, Kollywood and therukoothu.

In the end, it’s probably safest to define the Singaporean musical as any performance that advertises itself as such. Under those terms, it’s generally—but not always—a homegrown interpretation of American Broadway fare, with all the pageantry and light comedy associated with the form.

However, given that Singaporean musicals are diverse in language and genre, do they share any unifying characteristics? Indeed they do. Here are a few common trends I’ve noticed across the decades.

Many of our musicals are set in past eras of local history.

You could say this is a universal feature of the musical. There’s something about the multi-sensory spectacle of the genre that compels theatremakers everywhere to try to recreate the past through sounds, sets and costumes. Plus, it doesn’t hurt that older folks have got cash to spend on tickets and a burning desire to relive their youth.

But nostalgia has a deeper significance in Singapore, where our physical and cultural landscapes are continually transformed in the name of progress. There’s a minimart that’s about to be demolished in 24 Hours (1999); a tailor shop in Mr Beng (1999); a kampung in H Is For Hantu (2009), Clearly, there’s a sense of anxiety about change that runs throughout our theatre history.

Another notable feature of Singaporean musicals is that many aren’t actually set in our country. Chang and Eng (1997) focuses on the lives of the original Siamese twins in Thailand and the US; Forbidden City (2002) retells the story of the Empress Dowager Cixi in China; Taj Mahal centres on the reign of the Mughal emperor Shah Jahan, while Shanghai Blues (2008) follows a romance in a post-World War Two Shanghai nightclub.

Is this due to a lack of patriotism? I’d say no. Just like nostalgia, exotica provides the allure of escapist fantasy. The creators of European operas and classic American Broadway shows adored overseas settings. Why shouldn’t we?

There’s also a cultural agenda behind many of these foreign excursions. Singaporeans are, by and large, Asians who don’t feel fully Asian.

Our musicals set abroad are therefore often retellings of a globalised Asian experience. We can empathise easily with Cixi battling and befriending westerners in Forbidden City, just as we can with the explorer Cheng Ho crossing the Indian Ocean in The Admiral’s Odyssey (2005), the Singaporean diasporic community in New York in If There’re Seasons… (2009), and the Nanyang artists journeying from Shanghai to Paris to Bali to Singapore in Nanyang: The Musical (2015).

Acclaimed musical composer Dick Lee actually confronted our identity crisis head on in his revue Fantasia (1994). Here, he played a Singaporean man consulting a Japanese psychiatrist, their session interspersed with traditional Asian cultural performances. He closed with his remix of the Malay folk song Rasa Sayang, representing Singapore: the Asian city of the future. In 2015, there was an uproar over the fact that the cast of Singapura: The Musical was entirely Filipino. Yet the truth is that Singaporean musicals have never been exclusively Singaporean creations.

Forbidden City and The LKY Musical were co-written by British lyricist-playwright Stephen Clark and directed by South Africa-born Steven Dexter. The librettist of If There’re Seasons... was Hong Kong screenwriter Raymond To. Michael Chiang himself still held a Malaysian passport when he wrote Beauty World—which may be why the protagonist is the naïve Ivy Tan Poh Choo from Batu Pahat, Johor.

Once we’ve accepted the cosmopolitanism of the Singaporean musical, it’s easy to embrace the overseas collaborations of Singaporean artists. Dick Lee, in particular, has composed numerous works in foreign lands: in Japan, he wrote Nagraland (1992), Hong Kong Rhapsody (1994) and the aforementioned Fantasia; in Malaysia, he wrote Puteri Gunung Ledang (2006) and P Ramlee the Musical (2008). In 1997, he and fellow composer Iskandar Ismail even worked on Hong Kong’s first modern musical, Snow.Wolf.Lake (1997).

These productions delighted audiences both abroad and in Singapore. Though they starred unfamiliar divas, we recognised a kernel of ourselves within them, and accepted them as part of our own theatrical tradition.

In the end, it’s probably safest to define the Singaporean musical as any performance that advertises itself as such. Under those terms, it’s generally—but not always—a homegrown interpretation of American Broadway fare, with all the pageantry and light comedy associated with the form.

Once again, this may sound like a cynical marketing ploy, common to theatremakers around the globe—offer audiences something familiar, and they’ll come. But in the case of Singapore, there’s a nationalistic impetus as well: a desire to celebrate our favourite literary, dramatic, cinematic and televisual works, introducing them to a wider mass of viewers.

That same motive often comes into play when Singaporean companies tell the tales of other lands. W!ld Rice has famously done this with its subversion of the British Christmas pantomime, localising classic fairy tales, yielding hilarious yet moving works such as Cinderel-LAH! (2003), Aladdin (2004), Oi! Sleeping Beauty! (2005), Jack and the Beansprout! (2013), Snow White and the Seven Dwarfs (2008), Beauty and the Beast (2009), Hansel and Gretel (2012), Monkey Goes West (2016) and The Emperor’s New Clothes (2015). Nor are they the only company to reinterpret such tales, as seen in The Theatre Practice’s rock retelling of a fox fairy fable in Liao Zhai Rocks! (2010), Glowtape Productions’ contemporary take on Meng Jiang Nü in The Great Wall Musical (2017), and The Finger Players’ subversion of children’s stories in Itsy: The Musical (2017).

It’s even arguable that a foreign musical can become Singaporean, as seen in W!ld Rice’s adaptation of the Broadway classic La Cage aux Folles (2012). The setting was transformed from Saint-Tropez to the nightlife district of Tanjong Pagar, and the gay themes of the story—relatively uncontroversial in the West—became directly relevant to local politics.

But in the case of Singapore, there’s a nationalistic impetus as well: a desire to celebrate our favourite literary, dramatic, cinematic and televisual works, introducing them to a wider mass of viewers.

A playwright once remarked to me that the most spectacular form of theatre in our country is the National Day Parade. This, too, is a musical experience, with celebrities and school choirs belting out patriotic songs, often helmed by directors of musical theatre: Ivan Heng, Glen Goei, Goh Boon Teck and Beatrice Chia-Richmond.

Faced with such formidable competition, how can stage musicals compete? By offering a direct response to propaganda. Often, this consists of simply countering bland expressions of youthful optimism by showing the frustrations of young Singaporeans, as in Makanplace (1988), It’s My Life (2008), Pursuant (2013), Innamorati (2014) and Detention Katong (2017). Occasionally, theatremakers may choose to confront more controversial aspects of the national experience, such as censorship in Mortal Sins, the red light district of Geylang in Sing Dollar (2009), or the struggles of a gay national serviceman in Botak Boys (2008).

Another common strategy, of course, is satire. W!ld Rice’s pantomimes consistently feature parodic send-ups of current affairs and official narratives, as do the short musical sketches in comedy revues such as Jonathan Lim’s Chestnuts and the Dim Sum Dollies’ productions. We’ve even been treated to an epic reinvention of the Singapore story in Dim Sum Dollies: The History of Singapore, Parts 1 and 2 (2015; 2014), which took us from Sang Nila Utama’s discovery of our island to anti-immigration rallies at Hong Lim Park. Though closely paralleling the historical pageantry of an actual National Day Parade, this production presented the past from a woman-centred burlesque perspective.

Such works aren’t incendiary protests—they’re bawdy send-ups of all that’s serious and institutional, provoking catharsis with their music and anarchic humour.

These five elements are by no means shared by all Singaporean musicals. In fact, it’s possible to mention productions which don’t possess any of these attributes! Still, together they describe the bulk of our most beloved works.

I don’t expect this list to remain relevant forever. New musicals are being written and performed every year, with new themes and agendas. Likewise, the tastes of theatremakers and audiences are destined to shift. What will the Singaporean musical look like in another decade or two? Sit tight: another act’s about to begin.

Ng Yi-Sheng is a Singaporean poet, fictionist, playwright, journalist and arts critic. He tweets and Instagrams at @yishkabob. 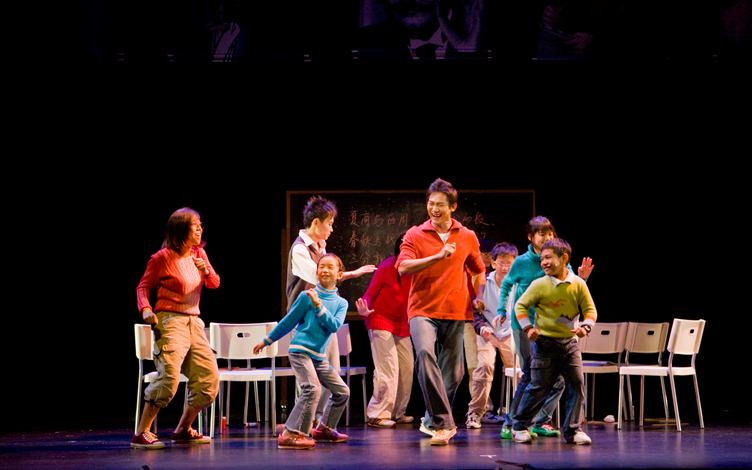 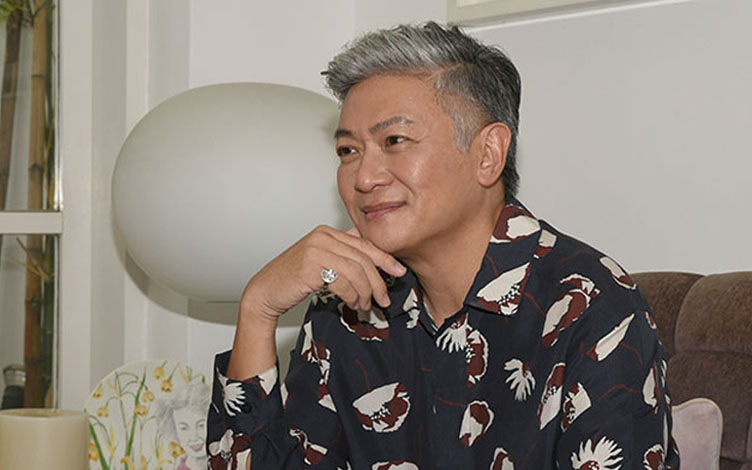