What does it takes to become one?

This is Bernard. He’s a piano and pipe organ tuner!

His official job title is Concert Piano and Pipe Organ Tuner, and he works at Esplanade – Theatres on the Bay.

What he does is exactly what his job title says—he tunes the concert pianos and the pipe organ at Esplanade. What’s a concert piano? Well, that’s a piano that’s used for live performances such as concerts!

This is where he works.

Bernard has his own special piano workshop, which is also where all the pianos are stored when they’re not needed for performances.

And when he has to tune the pipe organ, he has to go to the Concert Hall because that’s where it’s been assembled in!

This is how a piano gets tuned.

When a concert piano needs to be tuned, Bernard can do it right in his piano workshop with his trusty bag of tuning tools. There are a lot of tools that he might use, but most often he uses a tuning hammer (to adjust the tightness of piano strings) and a tuning mute (to silence the strings he doesn’t want to hear).

This is how a pipe organ gets tuned.

However, when the pipe organ needs to be tuned, Bernard has to go to the pipe organ because it’s built into the Esplanade Concert Hall! Unlike the concert pianos, the pipe organ cannot be moved and stored in the workshop. As you would expect, the tuning tools to tune the gigantic pipe organ are also bigger, but they help Bernard to do essentially the same thing—to get the instrument sounding right.

Q: What skills do you need to be a piano and/or pipe organ tuner?

The main difference between a piano and a pipe organ is that the piano uses strings to generate sound while the pipe organ uses wind. So you have to adjust and adapt to the two different instruments when you’re tuning them.


Q: What do you need to study to be a piano and/or pipe organ tuner?

To be a piano tuner, you need formal training, preferably as an apprentice under a master piano tuner who will guide you and teach you the skills required. This course of training could take 1 or 2 years, and with a lot of practice you might be good enough in about 5 years to tune concert pianos, which are pianos that are used for live performances.

A pipe organ tuner has to develop the ability to hear what is required for the instrument. It is more complex because there are many more sounds, as compared to a piano, that a pipe organ tuner has to adjust to. Besides single notes, the pipe organ also can produce complex sounds that result in a range of different notes being played simultaneously. To get this tuning right, you need both a good technique and a good ear to listen to the sounds coming out of the pipes.


Q: What are some essential tools that you use?

For piano tuning, the most basic tool—and therefore perhaps the most essential—is the tuning hammer. Besides that, there are many other tools that are used for different purposes.

For the pipe organ, the basic tools used are tuning knives. These are flat, rectangular metal sticks that come in different lengths.


Q: Why does Esplanade need a piano and pipe organ tuner?

There are many shows that feature concert pianos, and so these pianos have to be tuned and prepared for live performances. The pipe organ, too, is used in live performances in the Concert Hall.


Q: How often do you tune the pianos and the pipe organ at Esplanade?

I tune the pianos and the pipe organ before they are used in a live performance. This is essential as I make sure the instruments are ready and can be used to produce a successful performance.


Q: What’s your most memorable moment at work?

It would have to be the preparation I had to do for the pipe organ for Esplanade’s official opening in 2002.

The pipe organ is housed in the Concert Hall, and the hall was still undergoing the final stages of its completion then. This meant that the seats in the hall were being installed and there was a lot of drilling going on. The pipe organ, too, was being put together and in the midst of this, it had to be tuned while we dealt with all the construction noise. We managed to get it all sorted out just in time!

After that, concerts were held in the Concert Hall at such a frequency with so many visiting artists that some of us even had to stay overnight to prepare the hall and the instruments for the concerts.

Find out if you have what it takes to be a piano and pipe organ tuner. 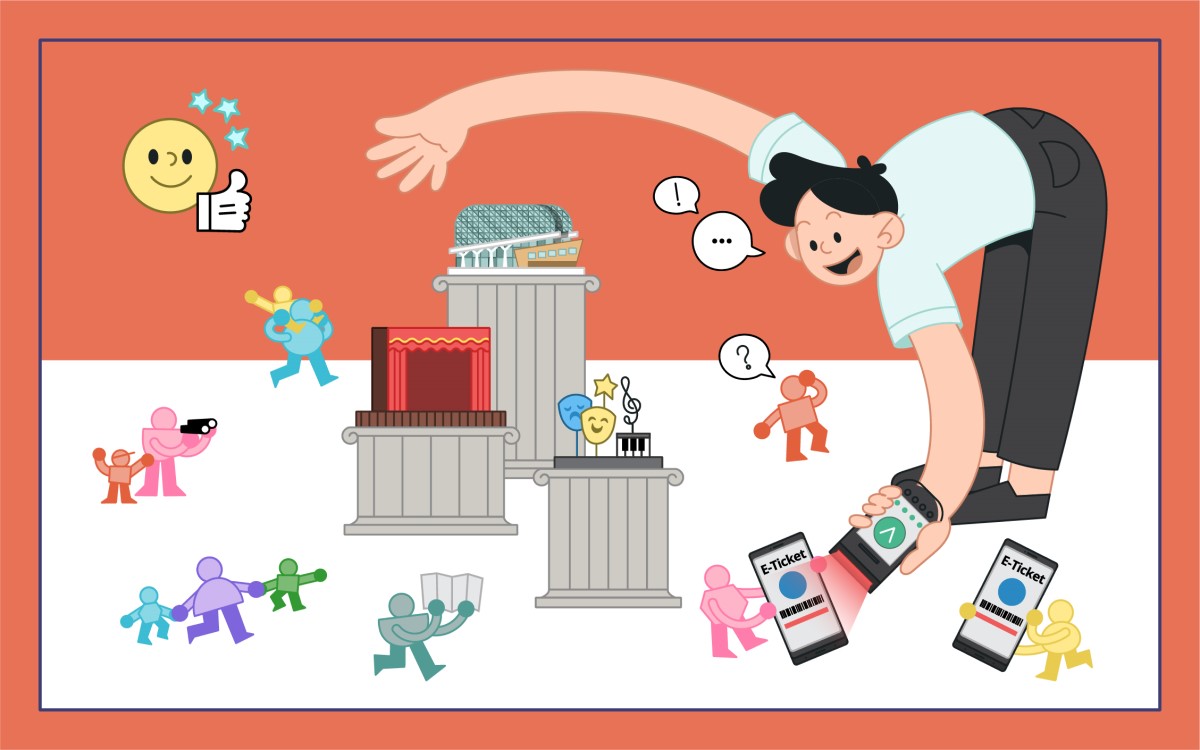