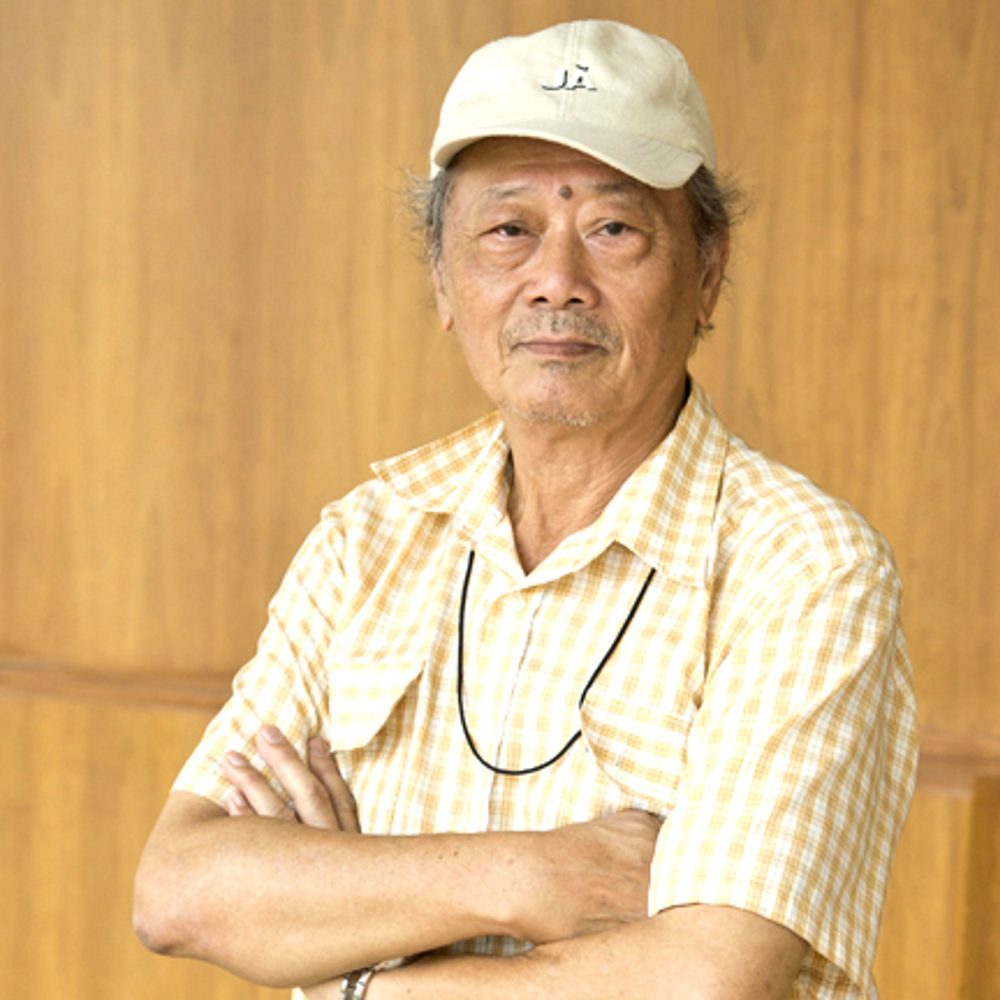 The artist must be on the move, gathering fresh ideas for his paintings all the time. If he does not travel, he will become barren.

Yeo Hoe Koon is a prominent Singapore Chinese ink artist. Trained at the Nanyang Academy of Fine Arts and the at École Nationale Supérieure des Beaux-Arts in Paris, he returned to Singapore to pursue a career as an arts teacher while practising his art in his free time. Through the decades, he built up a reputation as a Chinese ink artist whose sought-after works have been auctioned by Christie’s.

Born in 1935 in Hainan, China, Yeo Hoe Koon moved to Singapore with his family at a young age. His father painted as a hobby, regularly drawing what he saw around him. Observing his father drawing a man climbing a coconut tree, Yeo discovered a new understanding of art.

But he would not seriously consider pursuing art until he was 18, when he started to take a serious interest in painting. He realised that the memory of his father drawing had left a deep impression on him, and it would help him greatly in his artistic endeavours.

In 1955, a 20-year-old Yeo began his formal art education, enrolling at the Nanyang Academy of Fine Arts. There, he studied under pioneering Singapore artists such as Cheong Soo Pieng, Chen Wen Hsi and Georgette Chen. Graduating in 1957, Yeo found that there were little viable career options for artists in Singapore. Two years later, heeding the Paris-trained Georgette Chen’s advice, Yeo decided to further his art education in Paris.

Yeo attended the prestigious École Nationale Supérieure des Beaux-Arts in Paris from 1959 to 1961, beginning an artistic education that would inspire him greatly and inform his works. While in France, he also began exhibiting his works in solo and group exhibitions. Yeo returned to Singapore in 1962, but he returned to Europe again in 1965 for an intensive three-year art study tour of the region.

Yeo’s time in Europe was tremendously enriching to him artistically, and it was during the period that Yeo formed his artistic beliefs and philosophies. He would come to hold that art is a beneficial element in everyday living for everyone. After his tour, Yeo returned to Singapore and began a career as an art teacher while he continued with his art practice, continuing to develop his Chinese ink art while expanding his practice to include oil paintings as well.

Through the decades, Yeo painted and exhibited prolifically in Singapore and overseas. He took his work to countries such as USA, the UK, France, Korea and China, building up a reputation as a Chinese ink artist, eventually becoming regarded as one of the top artists in Asia.

Yeo has received honours for his art, receiving a Special Award at the National Day Art Exhibition in Singapore in 1974 and the Pingat Angkatan Pelukis Aneka Daya from the Association of Artists of Various Resources in 1975.

Participated in Singapore Festival of Arts 1980.

Participated in Exhibition of Arts in Chinese Chess, Singapore.

Committee Member, Board of Consultants, Nanyang Academy of Fine Arts.

Participated in Art Power, Ministry of Information and the Arts, Singapore.

Participated in Evolution – Ink and Colour, The Substation, Singapore.