The past in the present

The challenges of adapting history for the stage

Sharon Au, Nelson Chia and Goh Boon Teck discuss inspirations in art-making and the process of adapting history for the stage.

This article is adapted from Making A Scene Ep. 1: Toying with Histories with actors Sharon Au and Nelson Chia, along with Toy Factory’s artistic director Goh Boon Teck.

How did you guys first meet?

Nelson: In 1993, when I was still a naval officer, I went for a Toy Factory audition for three plays. I didn’t really know what it was about, I just went because my sister wanted to. And I got in. I was eventually seconded to OsEAN, the play Boon Teck was directing [together with Lim Chin Huat].

Boon Teck: I think he was very confident, kind of natural in reading the text to us in audition, like not nervous and very at ease, very confident. That left an impression on us.

After OsEAN, we really wanted Nelson to perform in Titoudao in 1994. We thought this was a production where we could carry on working with him, and then develop something out from him. That play was about my mother’s life as a Hokkien street opera performer.

Nelson: For me, it was a very unforgettable experience. It was my first time encountering Hokkien street opera, and I didn't know we could actually make a play out of this topic. That was the play that made me decide to continue in theatre as a career.

Sharon: In 1995, I went for an audition for Toy Factory’s staging of I Have A Date With Spring. I missed the audition dates, so Boon Teck allowed me to audition outside of the usual period.

For the audition, I had to do three parts. I had to sing a song, which I didn't prepare for in advance because it was my first audition. I went there expecting to be told what to do. I danced the cha cha, which was hilarious. Last but not least, I had to do a monologue, and I think that saved me.

When Boon Teck told me to do the monologue, I asked him what to do, as I didn’t know what a monologue was. He just said to imagine that I got a phone call from my boyfriend, and he’s calling to break up with you.

My monologue had very few words. I picked up the imaginary phone and just said, “What? You're breaking up with me?” For the rest of the whole “monologue”, I just cried. I just cried and cried and slid down the wall. Because that was the only thing I knew.

Boon Teck: She responded very fast to that little test, it was a good improvisation. I completely believed in the way she talked to that imaginary boyfriend over the phone, and then the reaction after. I thought, oh my God, this young girl, she can act. And that's how we decided to cast her as the lead for I Have A Date With Spring.

Sharon: The experience was life-changing. The rapport between the actors on stage and the audience really captivated me. That made me want to perform forever. I was the youngest member, in age as well as experience. Everybody around me were veterans. I learned a lot from that. 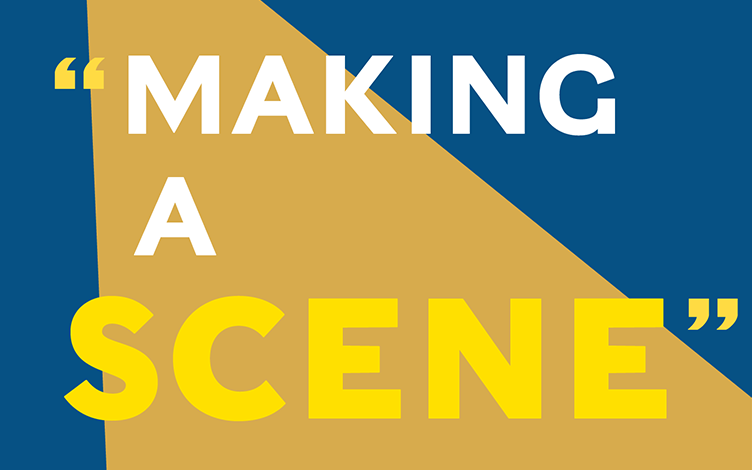 Both Nelson and Sharon have played real people. In 2010, Nelson played veteran TV actor Bai Yan in the Toy Factory production, White Soliloquy. In 2015, Sharon played Madam Kwa Geok Choo, aka Mrs Lee Kuan Yew, in the LKY Musical. What was that like for you guys?

Sharon: There were very few materials about Mrs Lee. As an actor, it was difficult to do research, because she was extremely low-profile. She didn't give any interviews. It was very hard to study the way she moved or even spoke. So, it was a very daunting role. But I auditioned for the role, because I thought I owed it to myself to challenge myself.

Nelson: White Soliloquy was a joy for me, actually. I met Bai Yan-Shu personally, we went to his house, we talked to him. He was very generous in sharing his stories, and showing us around his house, all his treasures and all his newspaper clippings and all these things. I was thinking at the time, how am I going to play this living person? At the time, he was still alive.

I was lucky because Bai Yan-Shu left a very great impression on me. I hadn’t realised that I had actually grown up watching him on TV. When I started rehearsal, I quite immediately grasped the way he spoke and gestured, and I was surprised that I was quite comfortable in that shell. All I had to do after was concentrate on playing his spirit, the spirit of an artist.

Boon Teck: Theatre is a mirror of real life in many cases in many instances. Without this real life, I think we can’t draw any inspiration to recreate things. These are materials and if you respect it, if you observe it, I think a lot of beautiful things will happen.

Is this staging of 7 Sages of The Bamboo Grove at Esplanade's Huayi based on history?

Boon Teck: We borrowed the concept from a historical story and created a future world. The original story was set during a period in Chinese history where some artists were so tired of politics, and would rather be drinking and writing poems in the bamboo forest. For our version, we have designed another world where the artists are being controlled. The politicians feel threatened by them vocalising their thoughts and expressing themselves, because that affects people who are obedient and easier to control.

We do feel that it is a future world, but yet it’s not far away.

Nelson: Nowadays I direct more, but acting is still my first love. So whenever Boon Teck asks me to act, I always try to make it happen. This time, being the 30th anniversary for Toy Factory, I had to come back.

I'm playing Ruan Ji, one of the seven sages, a great musician. He's a person who really doesn't care too much about the system restraining him and has his own ways, but of course, the tragedy is that the system is the system. There's something about it that you can't get away from. And so that’s where his struggle lies.

Sharon: Boon Teck had asked me to write a little article for the company’s 30th anniversary celebration. I became very moved by my own words as I was writing. I asked him if there was any small role for me, just so I could be part of the anniversary. The next thing I knew, I had been sent a script with a role that had a lot of lines.

I play the system. I’m the iOS. I control their brains.

Boon Teck: It’s quite a special production for me. Because it’s the 30th anniversary celebration production, I think the entire synergy is intense but in a beautiful way. Everybody is giving 200 per cent, 300 per cent, to really make it work. Every department is working so hard to create the best costumes, the best multimedia design, the best lighting. I'm very, very grateful to everyone, and hopefully this piece of work will come out strong and beautiful.

Nelson Chia, Goh Boon Teck and Sharon Au at the recording of the first episode of Making a Scene, an Esplanade podcast.

Sharon Au, Goh Boon Teck and Nelson Chia on the first day of rehearsals for 7 Sages of the Bamboo Grove

7 Sages of the Bamboo Grove

On the Toy Factory website, it says that with this play, the company hopes to ignite a collective ongoing conversation about the significance of the existence of the arts in our future. Why do you want to ask this question?

Boon Teck: Sometimes we take the arts for granted. We think that it’s a pastime, a pleasure for people who are rich or have spare time. It’s not. I think it has to be deeply rooted in everybody's lives. For anyone to live a better life, they have to have some kind of knowledge of the arts, or be creative. The arts is not a pastime, it’s not a hobby. It is part of our living system.

What is the significance of the arts in all your futures?

Boon Teck: I wish I can continue working in theatre for as long as I can. People always asking me, when are you going to become a movie director? I say, no, I'm a theatre director.

Nelson: For me, my life campaign is also to tell people that the arts is actually part of your life. A society can go on without the arts, but I do know that a society will be much better with it. That is something I want to see in the future. I want to see my children living in a world, in a society, that is full of the arts and a part of the arts.

Sharon: This really strikes a chord in me, because ever since I moved to Paris, I really feel the difference. France is so influenced by its history and arts, and that completely changes the way that people live and appreciate life. The way Singapore values our art and our artists is really a far cry from the way France respects the people who perform and create. The mentality is very different.

Throughout my career, I've always been in the corporate chase, in the chase for the usual things Singaporeans chase for. But I got drawn back to theatre whenever I felt that I was getting too hollow and shallow. Without it, I couldn't go on with my usual pursuit of wealth.

[Screening] 7 Sages of the Bamboo Grove

Watch a riveting theatre work about freedom, humanity and the arts, set in a dystopian surveillance state, first presented at Huayi in 2020. Watch for free or pay for a ticket if you can. Proceeds from ticket sales go to Toy Factory Productions, the arts group featured in this production. 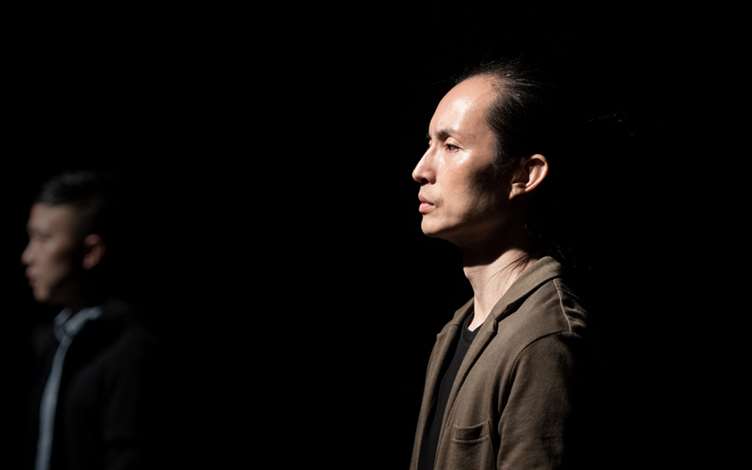