(Korngold’s) studio work enriched his symphonic output. No work illustrates this more clearly than the Violin Concerto, all three of whose movements draw on themes from films produced between 1937 and 1939.

Erich Korngold (1897-1957) was proclaimed by Gustav Mahler as a genius at the age of 10, and by 23, his opera Die tote Stadt (The Dead City) had brought him international renown. A Jew, he fled the advancing Nazi armies for America. With rich harmonies and lush melodies, he wrote 23 film scores, won two Academy Awards, and is considered today to be one of the founding fathers of the symphonic film score.

The Violin Concerto was commissioned in the wake of the Second World War by Polish virtuoso Bronislaw Huberman, and subsequently popularised by Jascha Heifetz.

Presented in three movements, the First Movement features themes from the films Another Dawn and Juarez, with lush, soaring lyricism juxtaposed with more spirited moments. The Second Movement features a theme from Anthony Adverse dressed as a Romance. The overtly virtuosic Third Movement opens with a rousing jig. The soloist is required to display extreme virtuosity throughout, and a broadly sweeping second theme from The Prince and the Pauper leads to a jubilant climax.*

OMM performed at Esplanade Concert Hall on 13 January 2018 for OMM10: Discover, which opened the orchestra’s 2018 season by revisiting highlights from its earliest years. Ike See is a Singapore violinist he was accepted into the Curtis Institute of Music under the tutelage of renowned violinists Joseph Silverstein and Pamela Frank, and graduated in 2012 with a Bachelor of Music. A three-time first prize winner at the Singapore National Violin Competition, he has performed as a soloist with the ACO, Adelaide Symphony, Singapore Symphony and Singapore National Youth Orchestras. He is currently a core member of the Australian Chamber Orchestra (ACO). Tzelaw Chan is a Singaporean conductor and a founding faculty member of the Yong Siew Toh Conservatory of Music at the National University of Singapore. Currently Music Director of OMM and the Metropolitan Festival Orchestra, he has appeared with major orchestras in the Asia-Pacific region and with soloists such as Lang Lang, Ng Pei-Sian, Melvyn Tan, Joshua Bloom, Fiona Campbell, Warwick Fyfe, and Igor Yuzefovich. In 2018, he received the Composers and Authors Society of Singapore’s Artistic Excellence Award for his contributions to Singapore music. Orchestra of the Music Makers (OMM) is a Singapore-based symphony orchestra. Established in 2008, it comprises over 140 highly trained volunteer musicians dedicated to upholding the high standards of music-making the orchestra stands for. OMM has played at notable events such as the Cheltenham Music Festival and Lichfield Festival in the UK as well as the Taipei International Choral Festival. Following the successful performances of Humperdinck’s Hansel and Gretel in 2017 and Bernstein’s Mass in 2018, OMM most recently staged the Singapore premiere of Wagner’s Die Walküre in 2020. 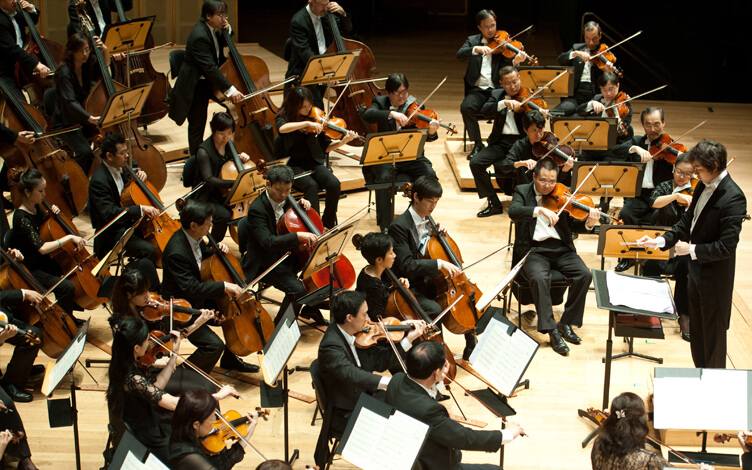