The charismatic frontman of Hujan tells us about the songs that have made an impact on his life and music.

Malaysia music icon Noh Salleh is the charismatic frontman of the award-winning rock band Hujan. We get him to tell us the songs that have made a big impact on his life and his music.

What was the first song that had a big impact on you?

Noh Salleh: I believe that the first song that had a big impact on me would be Boo Hoo Clapping Song by Carburetor Dung. That was among the first few songs that I looked for the guitar tabs and jammed after school hours.

To me, Carburetor Dung is one of our local Malaysian punk bands that is absolutely legendary. They sort of triggered me and made me get up one day thinking: “If the kids in Semenanjung can do it, why can’t us kids from Sarawak?!”. Oh, I grew up in Miri, Sarawak by the way.

I had the pleasure of growing up in a household that loves to sing. My mom just LOVES to sing. If there were any sort of school function, or even a community event, she would definitely join the karaoke session…and she’s really good at it!

I was also influenced by seeing my brother forming a band during his school days, and naturally they became an inspiration. And more influence came from music around the house—from The Carpenters, The Beatles and Boys II Men, to OAG, Rancid and NOFX!

But growing up, my biggest musical influence has always been my brother. Abang Majie has always been my idol, and he influenced me a lot in my musical journey. That was when punk was in—the rise of The Exploited, Bad Religion, and some local Malaysian punk bands. I think I was mostly influenced by Rancid’s album …And Out Come the Wolves, and NOFX’s album So Long and Thanks for All The Shoes.

Before Hujan, you started your music career as a hip hop artist. What song influenced your early musical output?

Actually, I don’t really listen to hip hop that much. I have always been a rock band kind of guy, but I’ve always had this thing for music programming.

I remember when I was in my secondary school, I always wondered how people made music on computers. So what I did was, I went to a pirated CD shop to look for pirated software and all that. And one day, I came across this song by Dragon Ash called Shizukana Hibi no Kaidan Wo (The Stair Steps of a Quiet Day)—which was also how I discovered Dragon Ash—it really struck me.

It starts with acoustic guitar strumming and is then layered with a hip hop drum loop, and Kenji (the vocalist) raps with a melody. To me, it’s crazy how they crossed hip hop music with live music arrangement in a minimalist style. Then I realised that I have been listening to something similar, which was What I Got by Sublime. I somehow got myself caught in between these two concepts, and the art of mixing genres has been kinda my thing since.

What song has had a strong influence on Hujan’s sound?

Hujan has gone through a lot of evolution music-wise. This is because each and every member of the band is a musician. So we truly enjoy playing music in whatever genre that we happen to come across.

In the early days of Hujan, I was heavily influenced by The Strokes. But as a band, I have to give some space for other members to express their music too. To be honest I can’t really think of a song that influenced Hujan’s sound entirely, because we constantly change our concept depending on what we feel at that moment of time.

You’re a big fan of anime and Hujan has even had an anime-inspired cover for its 2010 album Lonely Soldier Boy. What’s your favourite anime theme song?

That would be Who’s Theme by Nujabes, for an anime called Samurai Champloo.

What is your favourite song by a musician that you would consider a role model?

Karolina by Sore. That song is just badass. It’s from Sore’s second album Ports of Lima.

When the first album Somos Libres was released, we were blown away. The entire album is just so good. We didn’t expect that their stuff would get any crazier when they released the second album. And yes, the one song that really struck me was Karolina.

The band has created music in a variety of genres. What Hujan song would you recommend to people new to the band?

I guess that would have to be Aku Skandal. The progression, the singing, the arrangement—that is pretty much Hujan overall.

Looking at your band’s discography, what’s your favourite Hujan song?

Kembara. I wrote the song on the night after my wedding. I reflected on all that I’ve been through, and realised that everything that happened was part of a journey, and that day was a new beginning for another new adventure.

Hujan is Malay for “rain”. What’s the first song you’d listen to on a rainy day?

Release from the Centre of Your Heart by Giorgio Tuma. It is indeed one of the most peaceful pieces of songwriting. 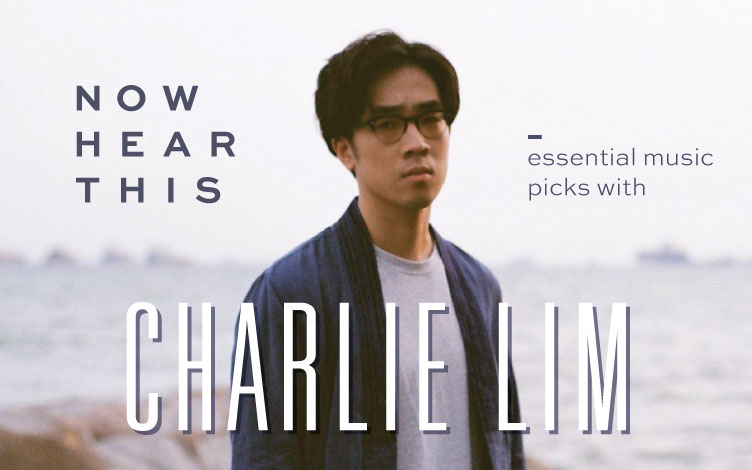