Nanyang and the contemporary

Reconsidering art history in the present

Nanyang. No matter your degree of interest in the arts, it’s likely that you’ve heard this term before.

My own encounter with the term came through the education system. I have a distinct memory from secondary school, when my art teacher tasked us to recreate a portrait of Eugene Chen, the husband of famed artist Georgette Chen and a frequent subject of her paintings. At the time, I had little idea of her significance, or of Singapore’s art history, but it is a memory that has stuck with me.

She was one among many in the Nanyang canon, the first of many that I would soon be familiarised with in the years to come as I encountered oil painting after oil painting, from rivers to market scenes to wooden huts. It helped that this concept of the Nanyang, and its artists, were slowly being proliferated through local media, from television shows to news articles and large-scale exhibitions. In present times, the Nanyang remains firmly lodged in our consciousness, arguably even more so after the opening of National Gallery Singapore in 2015, a modern art museum which often showcases artists from the early modern and modern eras. One such showcase that is still ongoing right now would be Georgette Chen: At Home In The World, which generated a fair bit of buzz, whether for perceived triumphs or shortcomings.

Alongside this renewed interest and coverage of Chen and her significance as a Nanyang artist, I had noticed more artists of generations past making somewhat of a return. Lim Tze Peng’s video with media platform Mothership.sg gained traction on social media, Amanda Heng continues to participate in multiple exhibitions and festivals, while potter Iskandar Jalil has been holding solo exhibitions as recently as December 2020. Abstract art pioneer Ho Ho Ying too had a solo exhibition at Esplanade’s Jendela (Visual Art Space) in the first quarter of 2021, while Art Agenda S.E.A. staged The Body as a Dream as part of Singapore Art Week this year, which paired the works of modern artists with contemporary ones. National Gallery Singapore’s latest exhibition, Something New Must Turn Up: Six Singaporean Artists After 1965, features a slew of post-independence artists, all important figures in shaping modern and contemporary Singaporean art.

As someone who was perhaps more attuned to younger contemporary artists and collectives, this seemingly sudden reemergence of older artists certainly caught my attention. Curious of what I deemed as a phenomenon, I first approached independent curator Syed Hafiz about what I observed, partly due to his track record of working with artists across generations. He agrees with my observation of older artists making a “comeback” but does not see that conversations around them have evolved very much, stating that commercial market value or perceived “importance” of these artists still seem to take precedence over larger conversations, “We have to think of better ways to discuss these older, senior artists, especially with our benefit of hindsight and the accumulated artists’ archives as grounds for research.”

What Hafiz is saying is that this simplification of artists and generations by age is not useful in and of itself. The questions then shift into how we treat and frame our art history, how we understand various visual vernaculars and aesthetic sensibilities, as well as the threads of continuations in the progression and development of our art scene. It is not only looking at how our art history has been written, but also challenging our internal biases and assumptions about different generations of artists. He believes that a more productive perspective would be to think of the threads of continuation between generations through recurring themes and ideas, and the conversations across artists of different time periods. “For me, at least, it’s more productive to look at these ideas generated across the various generations—even if it’s the same idea, they can adopt a different understanding which produces a different meaning and not to mention, aesthetic destination.”

Vivyan Yeo, the 24-year-old curator and advisor at Art Agenda S.E.A, does this exact comparison of ideas in The Body as a Dream, investigating how the idea of the body has changed over the years by juxtaposing the works of modern artists to that of younger, contemporary artists. “Conventionally, art is displayed alongside other pieces within the same era, and this may make it difficult for people to see connections across generations. Focusing on the body as the most prominent vehicle of identity, I wanted to juxtapose works created from 1965 to 2020 and hint at how artistic priorities have changed or remained through time.” She did not share the same perspective I initially held about older artists, stating that in her experience, “local audiences are focused on our immediate context and are much more exposed to contemporary artworks.”

What I initially saw as a phenomenon was actually a reflection of my own biases of art and art history. Unconsciously, I had seen these Nanyang and “older” modern artists as novel beings, un-belonging or outliers in the contemporary. I had internalised the patterns of thinking found in conventional art history, splitting artists neatly into periods and boxes when reality is by far more complex. The word contemporary refers to anything of the now, yet the term “contemporary art” conjures images of specific styles, aesthetics and mediums. Artists remain relevant for as long as people find them relevant, and as institutions and individuals remain attuned to the Nanyang and to modern artists, this reflects their value in the present.

I suppose the question then is what this value is. For some of the modern artists who emerged in the ‘70s and ‘80s, it is easier to draw their connections back to the contemporary, as they have still very much shaped what contemporary art is now. Artists such as Amanda Heng and Tang Da Wu remain active and very much relevant, their ideas and concepts carrying over well into present times. What I perhaps wrestle more with is what the generation prior can offer us.

Intellectually, I can recognise the value of the Nanyang, how this confluence of Eastern and Western art styles reflects patterns of migration and movement as well as changing perceptions of self, nation and a broader Malayan identity. However, as time passed, I became more interested in its limitations, and that is where the Nanyang has the most value to me. The movement’s large number of idyllic kampung and river scenes betray the tumultuous reality of pre-independence Singapore, whether it be housing, labour, or race relations. The famed 1952 Bali trip may have led to a prolific output of art and arguably the birth of the style itself, but it sits a little uneasy when you consider the power dynamics at play between the male artists and the often female (and topless) subjects, the disparity in wealth and by extension, social-economic leverage. I have been hearing about the  Nanyang since I was 14. I have been sold the idea that they are our most prominent art pioneers, that we owe a large part of our art scene and art history to them. At some point, I began to question, “Surely this isn’t all there is?” I am now more interested in who, and what, were not included. The term itself is Sinocentric in nature, meaning “Southern Seas”, which centres China and relegates Southeast Asia as its mere south. The term does not capture the diversity of art present in Singapore. What about the social realist artists who emerged around the same time, or the woodblock artists who captured stark realities alongside socio-political sentiments? What about artists from Persekutuan Pelukis Melayu Malaya (Society of Malay Artists of Malaya) or Angkatan Pelukis Aneka Daya (APAD; Association of Artists of Various Resources)? For so long the national narrative has relied on the Nanyang train when there is so much more to explore beyond it. There is value in its limitations and what it does not show us. This has been aptly pointed out by Hafiz as well, in an essay written for media platform ArtsEquator in 2019, “While NGS has invested much effort in trying to expand the Singapore art story, there are still some obvious gaps, and one of these is the closer-to-home narrative of the Malay artists.”

I began here opining on “older” artists, before confronting the “oldest” of artists, those of the Nanyang. I am not sure what this essay achieved, but I suppose it is somewhat of a confrontation of art history and how it is written, how it is delivered to the masses, and my own relationship with history. History, art or otherwise, is unwieldy. It does not run linearly, it loops and leaps forward and back, running circles around our ideas of a neat, chronological reality. It is not neat, though packed into convenient boxes for us to tick off. Instead of taking for granted the narratives that have been delivered to us on a silver platter, perhaps it is time we peek into the kitchen ourselves, and see what is left on the counter—what has been left behind.

Sara Lau is a Marketing Executive at Esplanade – Theatres on the Bay, creating and managing content for social media as well as Esplanade Offstage. 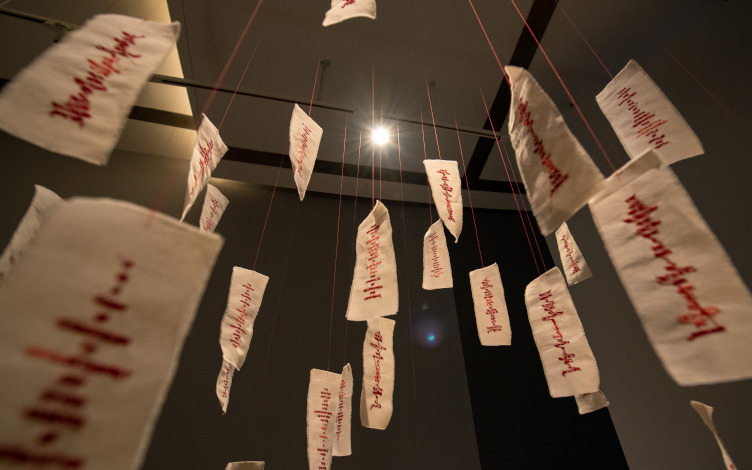