Mighty heroes and a supervillain

Get to know the ancient heroes who battled a supervillain, a long, long time ago.

Before superheroes like Thor and Batman or supervillains like The Joker, Indian myths and legends already had their own line-up of mighty heroes battling it out against the baddies.

Expand your universe of heroes with these good guys and (one) villain, from popular Indian tales that go way back in time.

Shesha: the great serpent king who holds up the earth

The reason why the world has not crumbled to pieces is because Shesha, the King of all Nagas (serpent) is holding up the earth – at least that’s how it goes according to the Mahabharata. (The Mahabharata is one of two most important Sanskrit texts of ancient India, the other is the Ramayana.) The world was getting unstable, with the weight of its forests, oceans, mountains and towns. Brahma, the god of creation in Hinduism, asked Shesha for a favour: to go underground to hold up the earth. And thus, until today, Shesha is believed to carry the earth on his head, keeping it steady.

Hanuman: the mightiest of all heroes

Who has the strength to carry a mountain, is a shapeshifter that can grow and shrink in size and can leap across oceans? Hanuman, of course! Depicted as a mighty monkey, this hero is one of the most popular figures in Indian mythology. One of the most well-known stories about Hanuman is from the Ramayana. In the epic, Hanuman helped Rama, the main character in the Ramayana, find his beloved wife, Sita. She had been kidnapped and hidden by the evil demon, Ravana.

Jatayu: the heroic vulture who sacrificed his life

Jatayu is often depicted as a vulture in Indian mythical tales. In the Ramayana, Jatayu heard Sita’s cries for help when the evil demon Ravana tried to abduct her. He swooped down from the sky to stop Ravana but his heroic attempt was in vain as the demon killed him and ran away with Sita.

Jambavan is said to possess the strength of ten million lions. In the Ramayana, Jambavan led the army of bears in a fierce battle to rescue Sita from Ravana.

Known for his great speed and strength, Garuda is so powerful that when he flaps his wings, he causes tremours in the mountains and seas. But physical prowess is not all that makes the hero who he is, Garuda is also a loyal and filial son. When his mother was captured by his cruel stepmother and half brothers, he risked everything to steal a pot of nectar from the gods in exchange for his mother's freedom.

In any epic tale, you can’t have your heroes without the one evil troublemaker, and Ravana is the ultimate supervillain. In some versions of the Ramayana, Ravana is known as the ten-headed demon king of Lanka, who was so enamoured by Sita that he hatched a plan to kidnap her. He intended to keep her as a prisoner in his fortress on the island of Lanka. And so, the battle between good and evil begins as Rama and his army fight for Sita’s freedom!

Do you know of any other mythical heroes and villains? Which is your favourite? 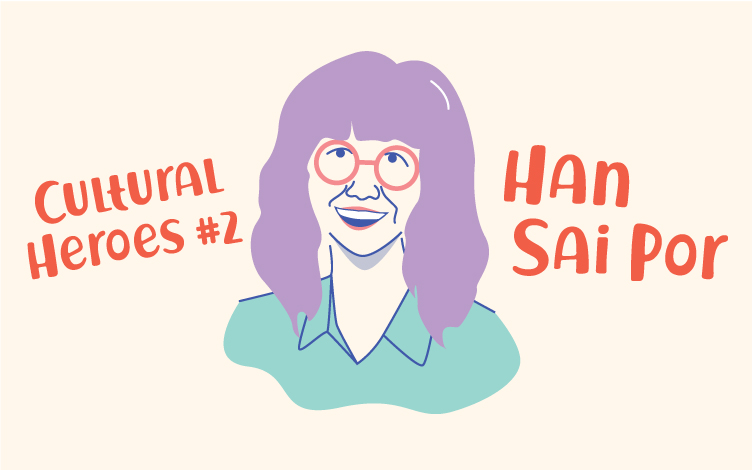