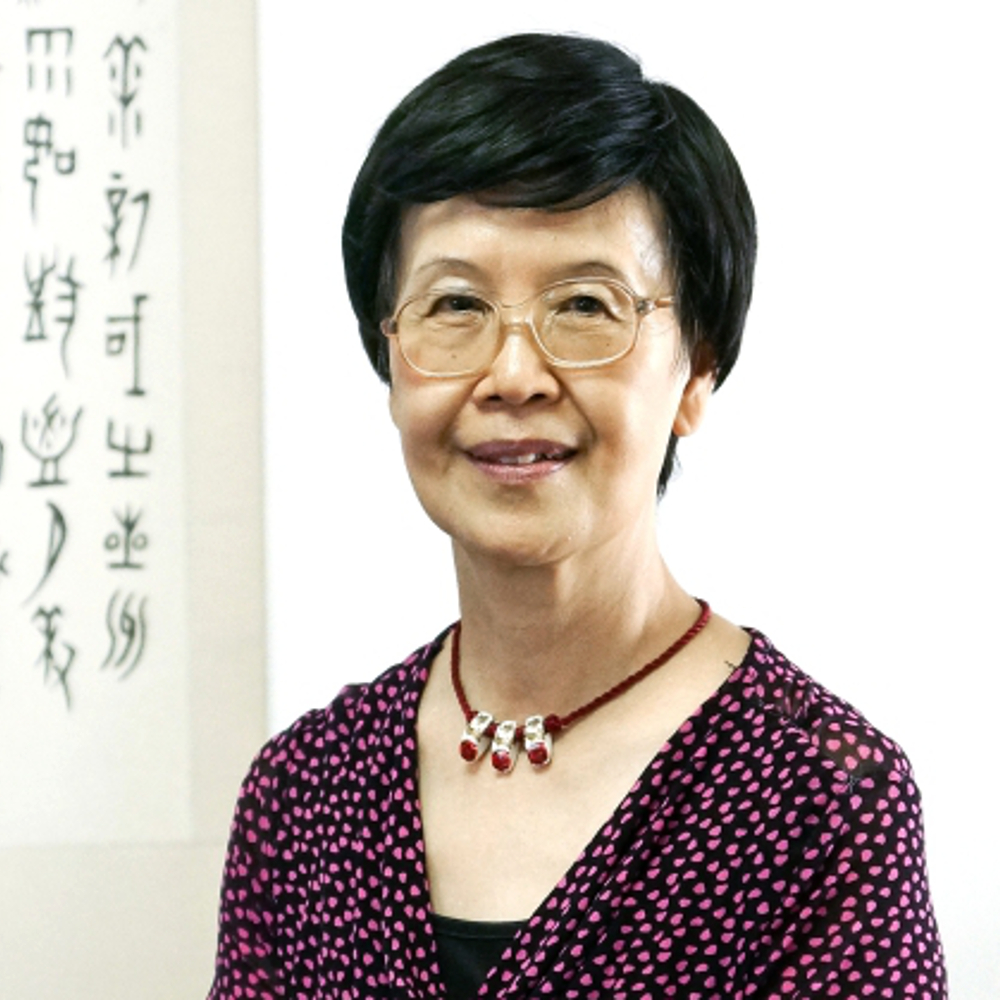 My final aim is to search in the padis / for the scattered, deserted grains of rice. / There is no intent in my heart / To trample you into the dust / of this boundless world.

– A Golden Rooster Stands on One Leg, from Poems of Taiji, 1980 (translated from Mandarin by Wong Yoon Wah)

Lew Poo Chan, better known by her pen name Dan Ying, is widely acclaimed in the international literary community as one of the world’s major Chinese woman poets. Born in Perak and educated in Malaysia, Taiwan and the USA, the Chinese language educator made Singapore her home in the ’70s. Over the decades, she has forged a literary oeuvre of subtle and profound works influenced by classical Chinese poetry and Buddhist and Taoist philosophies, expressing the poet’s inner world in simple, graceful language rich in emotion, metaphor and meaning. Her many literary prizes include two National Book Development Council of Singapore Awards for poetry, the 1995 Southeast Asia Write Award and the 1996 Cultural Medallion.

Lew Poo Chan a.k.a. Dan Ying was born in Perak, Malaysia in 1943. A great lover of classical Chinese poetry and literature, Dan Ying started writing from young and published an essay titled The Reminiscences of Red Bean (loosely translated from Mandarin) in a Malaysian journal while still a high school student. After graduating from high school in Malaysia, she had wanted to go to China but due to passport constraints, went to Taiwan instead to pursue her university education. She graduated from National Taiwan University with a Bachelor’s degree in Foreign Languages and Literature in 1966, and in 1970, graduated from the University of Wisconsin with a Masters’ degree in Chinese Literature.

In 1966, while a student in Taiwan, she published her first collection of poetry Farewell, A Long Farewell to acclaim. This was followed by the successful poetry collection, One Man Lane, in 1969. She wrote many more lauded works of poetry while studying and teaching in the USA. Then, newly married to a fellow Chinese language poet and educator Wong Yoon Wah, the couple relocated to Singapore in the ’70s. Here, Dan Ying embarked on a career as a Chinese language lecturer at Nanyang University, and later at the National University of Singapore, and continued to forge a literary oeuvre that has garnered much critical and popular acclaim by the international Chinese literary community.

Dan Ying’s writing became known for reflecting a strong Nanyang (“southern seas”) Chinese consciousness, as well as her great love for classical Chinese poetry—in particular that of the Tang and Song periods—and values and ideologies informed by Buddhist and Taoist philosophies. From writing poems largely based on themes of nature, simple living, metaphysics and philosophy, she moved onto exploring socio-realist themes such as poverty and modern-day womanhood, and also everyday life and ordinary activities in poems such as Doing the Laundry, which brings out the unexpected poetry in seemingly trivial things. Simple and extremely graceful in language yet profound in metaphor and meaning, her poetry affects deeply in its expression of an inner world, rich in emotion and private reverie.

Through the decades, Dan Ying has published five volumes of poetry. Some of her poems have been translated into English for various anthologies including the Twentieth-Century Chinese Women’s Poetry: An Anthology (2009); Tumasik: Contemporary Writing from Singapore (2009); Memories and Desires: A Poetic History of Singapore (1998); The Poetry of Singapore (1985); and The Orchid Boat (1973). Her works have appeared in many poetry anthologies in China as well as in Taiwan, and have also been translated to Malay and Korean. Dan Ying is best known for her third book of poetry, Poems of Taiji (1979), comprising 100 evocative poems which explore philosophical and metaphysical themes, and her fourth collection of poetry, Time Passing Through My Hair (1993), which comprises 68 works of modernist poetry. She is also a founding member of the May Poetry Society.

Among her many literary accolades, Dan Ying has received two National Book Development Council of Singapore Awards for poetry for Poems of Taiji in 1980, and Time Passing Through My Hair in 1994. She received the Southeast Asia Write Award in 1995 and the Montblanc-NUS Centre for the Arts Literary Award in 1997. In 1996, Dan Ying received the Cultural Medallion for her contributions to literature in Singapore.

She continues to write, encouraged by her husband—fellow Hakka and Perak-born poet, literature professor and Cultural Medallion recipient—Wong Yoon Wah.

Graduated with MA Chinese Literature from University of Wisconsin, USA.

Published Time Passing Through My Hair.

Received the Montblanc-NUS Centre for the Arts Literary Award.

Lew Poo Chan (2nd from left) with Wong Yoon Wah (5th from right) and members of The Constellation Poetry Society at the house of married poets Luo Men and Rong Zi (both left of Dan Ying). 1966.

Lew Poo Chan (left) at her graduation at the National Taiwan University. 1966.

Mdm Lew pictured with HRH Crown Prince Maha Vajiralongkorn and the other winners of the 1995 SEA Write Award in Bangkok. 1995.

Mdm Lew and husband Prof Wong at their home with Taiwanese and Chinese writers invited for the Singapore Writers' Festival. 1995.

Mdm Lew receiving the Cultural Medallion from then Minister for Information and the Arts George Yeo. 1996.

Lew Poo Chan and Wong Yoon Wah at a farm in Iowa, USA, during the International Writing Program. 1996.

Lew Poo Chan and Wong Yoon Wah at the Humble Administrator's Garden in Suzhou, China, during a National University of Singapore trip to China. 2005.