I Spy with my Subsonic Eye

Off the back of the now-anthemic Strawberry Feels LP, the equally spankin' Dive Into and a soaring set at Baybeats 2020, Subsonic Eye returns with a foray into composing Singapore's next Go Green jingle—ok, I'm just kidding (or am I?). The Nature of Things dropped on 15 Jan 2021 and signals another shift in sound for the shoegaze/dream pop quintet, moving towards a wider yet more introspective breadth of music. The fuzz is gone and in its place now lies a bed of sonic grass. Not the itchy-scratchy kind but green that cats just love to derp-ily roll on. They're tunes for a road trip to nowhere, or in this case... the Esplanade Concert Hall. We shoot them a few questions before this landmark gig. <em>The Nature of Things</em> was recorded entirely in the jungle (note: this article was not entirely fact checked)

1. Nature of Things is described as “a grounded palette that evokes (…) nature.” Was there a place or location that provided a bulk of inspiration for the album?

Subsonic Eye: It was all the time spent outdoors on local trails and some around the outskirts of Malaysia (before the lockdown). We chose to work on the songs in Lucas’ living room because his house has a drum set, and we did not want to pay for a jamming studio to save money.

2. Coming into the new album, what does the band feel is the biggest change sound-wise?

Subsonic Eye: Definitely the shift into a rawer sound and playing style. Less of the hazy reverb and just more straight-forwardness and clarity.

3. How was it like faux jamming in the upper rafters of the Esplanade?

Subsonic Eye: We had a really fun time and the place just looks beautiful.

4. Hands up—who likes fruitcake the most?

Subsonic Eye: Probably Spencer because for some reason he put up his own bass cover of the song on YouTube.

5. When you name a song Kaka the Cat, y’all have to pay the cat tax. Give us a picture and Kaka’s evocative backstory!

Subsonic Eye: Our guitarist Daniel adopted Kaka from one of his friends. She’s a three-year-old short-haired tabby. She’s actually his second cat, with the first meeting an unexpected demise. So when Kaka fell sick and started vomiting a lot, he got really anxious that he’d lose her as well. Thankfully, she got better—even though the whole episode was very costly, compounded by the fact that he was a full-time National Serviceman at the time. 6. Yo, there’s a Japanese bonus track? Tell us more.

Subsonic Eye: Our label manager Raphael (who also plays in Sobs) said we should do bonus track for the vinyl release (big thanks to Fastcut Records from Japan), so we decided it would be fun to do it in Malay. You gotta buy it to hear it! 😉 7. What’s the thing that excites you guys the most about playing a gig at the Esplanade Concert Hall?

Subsonic Eye: We’re really excited about the fact that this is probably the most serious show we’ll ever play. But... we're also very nervous at the same time!

Catch Subsonic Eye at the Esplanade Concert Hall for A Field Guide to the Nature of Things on 6 Feb 2021, Sat, 7.30pm. The Nature of Things is available for streaming on all major platforms like Spotify and Apple Music. Alternatively, purchase the album digitally or in vinyl—along with merchandise—at their Bandcamp. All photos (except the cat) by Christopher Sim. 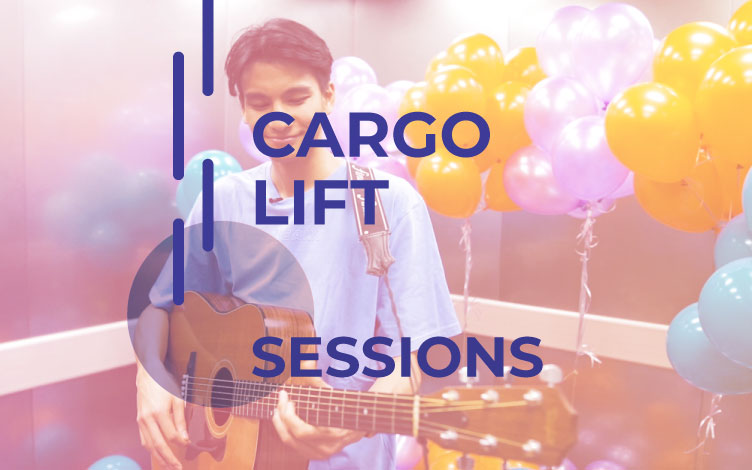