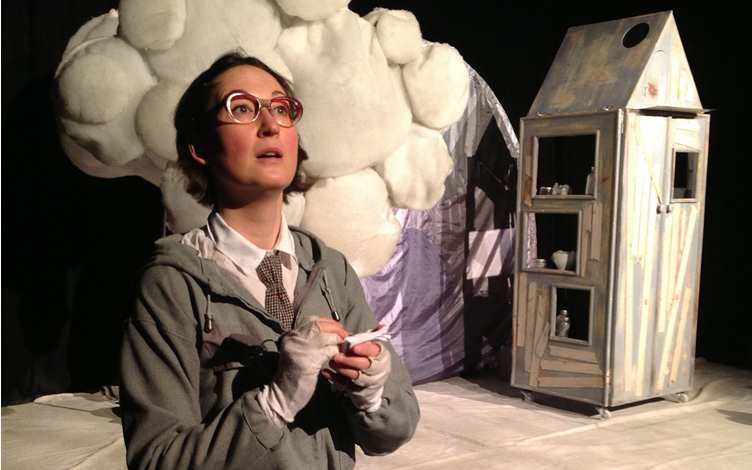 Enlarging the world for little ‘uns

The late George Bernard Shaw was not the first and certainly not the last to be fascinated by the magic of puppetry. Give your child a doll or a soft toy and it is only a matter of time before he tries to make it come alive by moving its limbs or giving it a voice.

While this may be a rudimentary form of puppetry, the art form which combines visual art and storytelling is a natural extension of a child’s inclination to play, tell stories, and create characters and new worlds.

For Israel’s The Key Theatre, creator of When All Was Green, an award-winning puppetry production inspired by Shel Silverstein’s popular picture book The Giving Tree, puppetry is a medium that lends itself well to the fertile imaginations of children. Ailie Cohen and Lewis Hetherington, the British creators of the puppetry-infused Cloud Man, feel the same way. Both productions were part of the Octoburst! 2017 line-up. 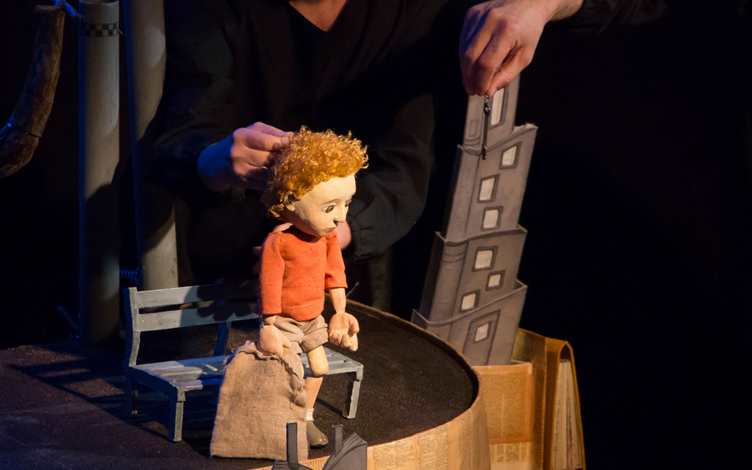 <em>When All Was Green</em>, a wordless puppetry performance that tells of the story of a boy and the immense danger mankind is causing to the world.

A puppetry performance can inspire the young, no matter their age or emotional capacities. Here are three reasons why.

1. Gestures are a universal language

Before a child even begins to utter his first word, he responds to and through movements and expressions. In fact, babies can read facial expressions soon after birth and become adept at reading the non-verbal.

Puppetry depends on gestures to transmit meaning and to express nuances, which the young can identify with. Both Cloud Man and When All Was Green use movement to create poignant moments that children can relate to.

In When All Was Green, a tale about a boy and a tree and green fields that are lost amongst grey concrete, every gesture has a story to tell. A hand grabbing at the branches of an ageing tree, its branches bent low, like a tired old man – visual images like these speak volumes to children of man’s destruction of nature.

Believing that this non-verbal medium can speak to children across diverse cultures, Cohen and Hetherington have rarely felt a need to adapt their various works as they tour their productions across the world.

When All Was Green has been performed in more than 25 countries in front of children from different cultures and religions. To Dikla Katz, one of The Key Theatre’s founders and puppeteers, the reactions of young monks in Myanmar is proof of the universality of puppetry. The six- to 18-year-olds were enthralled by the puppets and the powerful message in the wordless performance. Katz says, “It was very powerful to see how they are into the scene and very emotional about the plot.” The production helped them realise the immense damage mankind is causing the environment.

Cloud Man is the story of an inquisitive cloud scientist whose sole purpose is to catch a glimpse of the elusive Cloud Man, a rotund, fluffy puppet in a fantasy world high in the sky, who never speaks a word. However, the myriad emotions that the Cloud Man displays offer children a door into their own emotions and experiences. These young minds begin to identify with what he goes through, from innocent curiosity to fear and forlornness.

The theatre may seem like a confined space for a child but puppetry allows children to create an entire world within the four walls. The set, music, lights and the puppets can contribute to an unforgettable experience that engages children emotionally and intellectually. 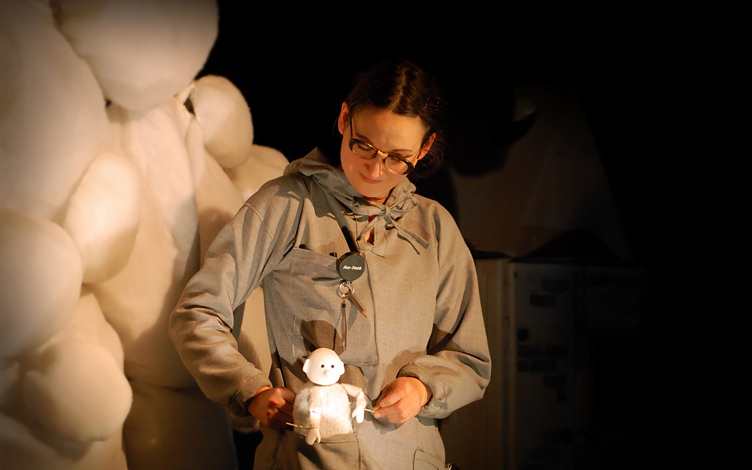 <em>Cloud Man</em>, a dreamy and engaging puppetry performance powered by a single puppeteer, one puppet and a visually rich set.

Many caregivers may want to discuss big issues like caring for the environment, but may not know where to begin or how to frame them for children. Puppetry is a great medium to start off these conversations.

Children travel in their imaginations into the worlds of the characters, and this creates a distance between real life and the issues that is sometimes necessary to broach difficult subjects.

Everything, from the set to the puppets, comes together to help children relate to the thought-provoking message behind the story. As is the case with When All Was Green, Katz remarks that when children see the tree being cut down a little at a time, children start to understand the price they have to pay for choosing their own material needs over the environment’s.

When the Cloud Man is trapped by Cloudia in a specimen jar, children are questioned on their interaction with the natural world and whether human beings attempt to control and manipulate nature to their advantage. While these may seem like issues that children have difficultly connecting with, puppetry makes them accessible.

We don't tell them what to think, but we allow them to feel.

– Dikla Katz, co-founder and puppeteer at The Key Theatre.

It is for these reasons that puppetry will always be appealing to young audiences. The visually rich and familiar art form allows children to create new worlds, opens up discussion and encourages active participation.