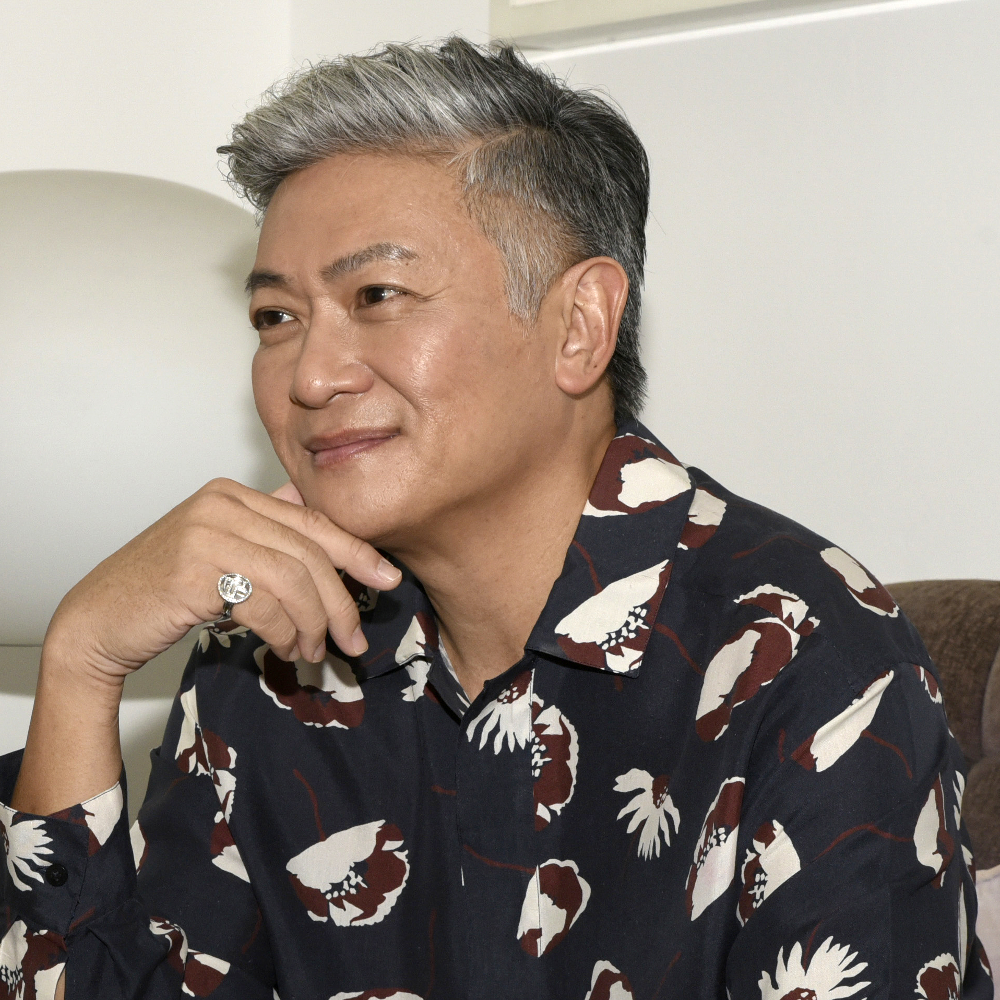 I have always bemoaned our lack of original folk songs, so I set out to try. They have to be written, and you have to start somewhere. Eighteen years after writing Home, it's sung year after year, children know it, everyone can sing it, not only during National Day but all through the year. I think it's become a kind of folk song. I hope that in the next 18 years, people will continue to sing it. I’m very proud of that. It's funny, when people hear that song, they feel emotional. That's what folk songs do.

Dick Lee is a singer-songwriter whose pioneering use of Asian elements in his pop compositions earned him regional acclaim. He is best known for his landmark album The Mad Chinaman (1989), co-creating Singapore's first major homegrown stage musical Beauty World (1988), and penning the popular song Home. Besides these enduring contributions to the Singapore songbook, he has also composed for some of Asia’s most iconic performers, including Sandy Lam, Jacky Cheung, and Leslie Cheung.

Lee was awarded the Cultural Medallion in 2004. That same year, he cemented his standing as a music industry veteran when he became one of the judges of ratings juggernaut Singapore Idol. More recently, he co-founded Dick Lee Asia, a joint venture dealing in music, creative direction, consultancy and other services. One of its first projects saw him co-writing and co-directing a feature film titled Wonder Boy, inspired by his coming-of-age years. In June 2022, he will headline a concert together with young talents Omnitones as part of PopLore, Esplanade's 20th anniversary celebration of the past, present and future of Singapore popular music.

Born in 1956 to a Singapore Peranakan family, Lee is the eldest of five children. His parents Lee Kip Lee and Elizabeth Lee were ardent music-lovers, and his childhood soundtrack ranged from big band standards to Chinese pop. Lee has credited his mother in particular for exposing him to musical theatre, art and dance when he was growing up.

When he was 13, his cousin Lim Kay Siu (who became an established Singapore actor) returned from his studies in England with pop records by Elton John, Joni Mitchell and Neil Young. Hearing the soulful lyrics penned by these singer-songwriters was a transformative experience for Lee, who realised that pop could aspire to profundity.

He set his heart on pursuing a career in music, and began performing on talent shows. At the time, Singapore's music industry was relatively stagnant, and most parents would have been wary of the supposedly corrupting influences of Western pop music. His mother, however, was very encouraging, even when he failed all his 'O' Level exams on purpose by scribbling over every page—his dramatic attempt to get off the "conveyor belt" of a conventional education and focus on his music.

Lee's first big break came when he entered a Rediffusion folk song contest and performed his song Fried Rice Paradise. The ditty's then-unusual use of Singlish caught the attention of a British EMI executive, who offered him a recording contract. In 1974, Lee released his first album, Life Story. Fried Rice Paradise was one of the tracks on this album, and its use of Singlish got it banned from local airwaves, but the song nevertheless became a sleeper hit. (The album's title track is also well-known, not least because it was once featured in a TV commercial.)

In the 1980s, Lee was signed by WEA Records' Jimmy Wee, a champion of Singapore musicians. His next breakthrough was the release of The Mad Chinaman in 1989—the album's breakout track was Rasa Sayang, which incorporated the titular Malay folk song and also featured one of the earliest uses of rap in a local pop song. With Singaporeans more ready to embrace homegrown culture, the album went platinum here, and also did well in Japan. Top Japanese producer Kubota Makoto offered to produce Lee's next album, and he moved to Japan in 1990 to develop his career.

The 1990s saw a maturation of his pan-Asian musical exploration as he established himself as a regional player. In 1992, his musical Nagraland, billed as an Asian pop operetta, began a sold-out season touring Japan, Singapore and Hong Kong. He won two Hong Kong Film Academy Awards for the theme songs he wrote for Peter Chan's He's a Woman, She's a Man and Mabel Cheung's City of Glass, and was also part of the creative team behind Snow.Wolf.Lake, a musical headlined by pop star Jacky Cheung. In 1998, Lee moved to Hong Kong to become the Regional Vice-President of Artiste and Repertoire at Sony Music Asia, an appointment he held until the end of 2000.

It was also a busy decade for him on the home front. Home was composed in 1997, and first performed at the 1998 National Day Parade—it was voted the favourite NDP song in a 2013 The Straits Times poll. (Lee would go on to write two more National Day songs and also direct the National Day Parade four times.) The 1990s also saw the debut of several of his musicals, including Fried Rice Paradise (1991), Kampong Amber (1994) and Sing To The Dawn (1997). In 1998, he became the Associate Artistic Director of the Singapore Repertory Theatre, a position that he still holds.

Lee has remained active in the Singapore theatre scene, most often working in his favoured genre of musical theatre. In 2002, he wrote the music for Forbidden City: Portrait of An Empress, which starred homegrown pop star Kit Chan as Empress Dowager Cixi. The show was staged as part of the opening festival for the Esplanade – Theatres on the Bay. More recently, he composed for LKY: The Musical, which debuted in 2015, Singapore's jubilee year. With 2014's Rising Son, he also made his first foray into non-musical dramatic theatre with a script inspired by the life of his father.

In addition to being the recipient of Singapore's highest accolade for the arts, the Cultural Medallion, Lee was also awarded the 2003 Fukuoka Arts and Culture Prize, and named a Steinway Artist in 2013. Although he has ventured into filmmaking and has had numerous past and present stints in fashion design, events management and restaurants, Lee describes himself first and foremost as a songwriter: "It's what I’m still called upon to do, and to have a song that’s iconic, you do need to find a style and a sound that sets you apart. That takes a long time to develop."

Took part in talent contests as part of music groups Harmony, and Dick and the Gang.

Released Life in the Lion City.

Moved to Japan to develop his career.

Created and starred in Nagraland, which toured Japan, Singapore and Hong Kong.

Appointed Regional Vice-President of Artiste and Repertoire at Sony Music Asia, where he stayed till the end of 2000.

Debuted Forbidden City: Portrait of An Empress; awarded the Fukuoka Arts and Culture Prize, the first artist to receive one for works in the popular music genre.

Marked 30th anniversary of his career with the release of a five-CD compilation, and his autobiography The Adventures of the Mad Chinaman; joined Singapore Idol judging panel.

Received the Cultural Medallion for his contributions to music in Singapore.

Named a Steinway Artist by the world-renowned piano company Steinway & Sons, the first Asian artist in the pop genre to be honoured.

Announced Dick Lee Asia, a company dealing in music, creative direction, consultancy and other services, and upcoming film Wonder Boy, inspired by his own life story.

Wonder Boy, a biopic based on Lee's life, opened in Singapore cinemas.

Dick Lee with his father at the National Museum. 2016.

The poster of Rising Son, Dick Lee's first serious play based on his father's experiences of the war. It opened on 28 March 2014.

The poster of LKY The Musical. The score was composed by Dick Lee. 2015. 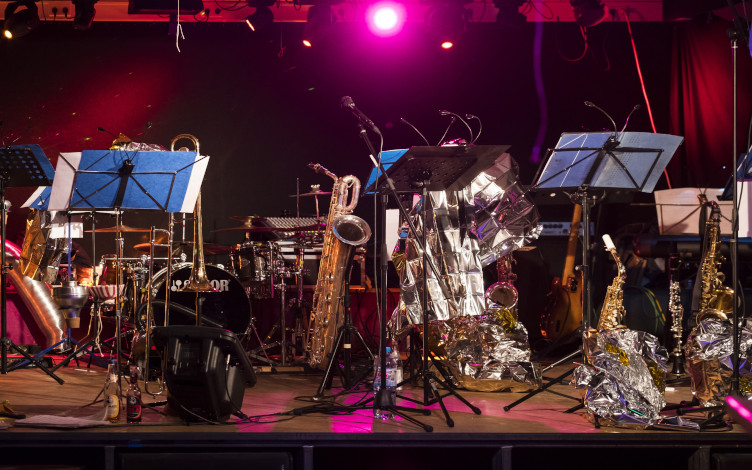 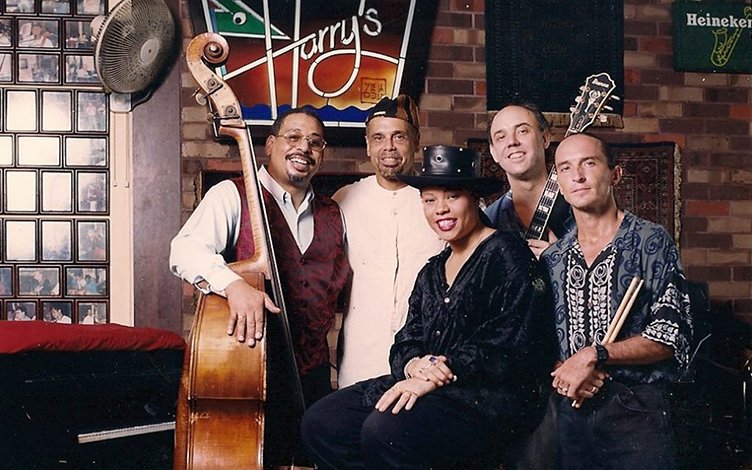