From a hobby to a full-fledged career

This is the first of a three-part series on performance photographers.

What would a performance be without its photographic documentation?

Performance photography is, after all, the first visual point of reference the audience has to the body of a show, and arguably a crucial part of the production. Whether consciously or not, the audience’s conceptions and expectations of a company’s aesthetic and production style are shaped by the work of the performance photographer. It takes a keen artistic spirit to be able to capture those ephemeral, split-second images that articulate volumes about the performance. For instance, even if you’ve never watched a production by the Singapore Dance Theatre (SDT) or T.H.E Dance Company, you’ve very likely glimpsed pictures of powerful and eloquent moments from some of their works, thanks to the eagle-eyed skill of performance photographer Bernie Ng.

Not many creative professionals begin their careers after an academic life in the hard sciences, but Bernie, who holds a PhD in biotechnology, is an exception. Born in Hong Kong, where she trained in ballet for 10 years, she moved to Australia as a teenager and eventually obtained her doctorate from the University of New South Wales. After working in post-doctoral research for a few years, she moved with her husband to Singapore in 2009, where she attended photography classes as a hobby while applying for jobs with research projects at science institutions. She has since traded in pipettes and brightly-lit laboratories for camera lenses and darkened performance venues, and has now amassed nine years of experience capturing classical and contemporary dance and theatre across genres and cultures.

On a rainy August afternoon, I sat with Bernie and her expansive archive as she took me through just a few of the highlights of her career. Bernie’s first foray in shooting dance began with the help of her friend Jenny Chien, a senior from her ballet days in Hong Kong and retired SDT ballerina who taught dance at the Nanyang Academy of Fine Arts (NAFA). When Jenny invited her to watch some of the performances, Bernie took the opportunity to ask if she could shoot them, and was granted permission by the Head of Dance, Dr. Caren Carino. Bernie used a secondhand camera and a free editing software to produce the pictures. “This was my first ever dance photography experience,” Bernie shares. “My life changed that night. I was really excited. I realised this was something I really wanted to do. I’d never walked past dressing rooms since I was 16 years old. When I walked past them backstage to set up my camera, I was more excited to be close to dance than to photography. I always say, dance comes before photography for me.”

Bernie describes her approach as “dancing with my fingers”, together with the performers. Shooting performance is not the work of an aloof documentarian, but a deeply engaged act of passion. “I’m not a very technical photographer. When something appeals to me visually, I click. I feel you have to love your subject, whatever you’re shooting. That’s when the enjoyment comes in.” While researching performance photographers in Singapore, Bernie attended a talk by veteran performance photographer Tan Ngiap Heng and sought his advice. He suggested she take a course in studio lighting, which she pursued along with other courses at Objectifs Centre for Photography and Film. A photo-essay assignment for one of the courses occasioned her to contact T.H.E. Dance Company to ask if she could shoot a rehearsal. They let her in, and were impressed enough with her work to offer her her first paid stint shooting for the company’s 5th Anniversary: bedfellows.

The best of ballet 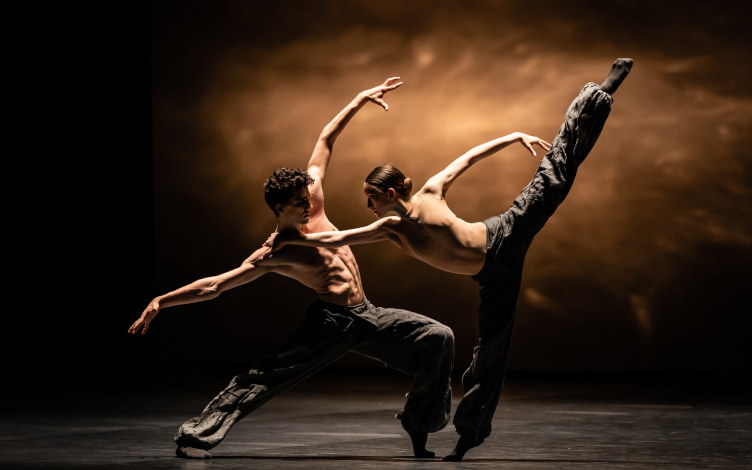 “When shooting ballet, because it’s fairly predictable, I have the advantage of knowing what’s good and what’s not good to capture,” Bernie shares. Venturing into shooting contemporary dance for the first time, then, was a learning point for the ballet-trained photographer. “Because [contemporary dance] is more raw and organic, the first time I looked back at what I shot, I thought, ‘that's the wrong position,’ and I deleted the files! And I shouldn't have, because that's how they were meant to be.” As opposed to good ballet photography being about polished lines and angles, contemporary dance photography is about capturing rawness and spontaneity. “Ballet always has a special part in my heart, but I work with different artistic directors in different ways.”

“The image I want at my funeral”

Life In Progress (2015) by Sylvie Guillem “This is my favourite. I told my husband I want this picture at my funeral,” Bernie says, beaming, as we look at a framed photograph on the wall of her study. It’s an autographed print of renowned contemporary dancer Sylvie Guillem. “I was really excited, I couldn’t sit down that night. This was Sylvie’s farewell performance. Sylvie doesn’t need rehearsals and I was shooting her behind glass at the Esplanade Theatre, so I had to hire a much bigger lens. The day after her show there was a meet-and-greet, so I quickly processed the photos and gave her a set with a letter.” In addition to dance, Bernie has shot for theatre companies such as Nine Years Theatre and Pangdemonium, though her foray into theatre photography started with the Intercultural Theatre Institute. “I’ve been shooting for ITI every year since 2014, productions and student portraits. I have a few favourite pictures from ITI— they have strong students.”

Shooting for theatre as compared to dance was a learning experience. Bernie had initially assumed theatre would be easier to shoot because the photographer doesn’t need to seek the right moment and can be guided by the script and lighting cues. But one of the challenges is to capture the right mood and facial expression of all the members of the cast. “In both theatre and dance photography, capturing facial expression is important. In dance, I will not submit photos—even with nice lines—if the facial expression is not pleasant. But with theatre, it's one extra step—it's more than just looking pleasant. The picture needs to deliver the energy that fits that particular play.” Together with veteran performance photographers Ngiap Heng and Robin PE Chee, both of whom she considers mentors, Bernie showcased her work as part of A Slice in Time, a 2016 exhibition of dance photography. Her first sold work was this haunting and confrontational image from T.H.E Second Company’s liTHE showcase in 2014. 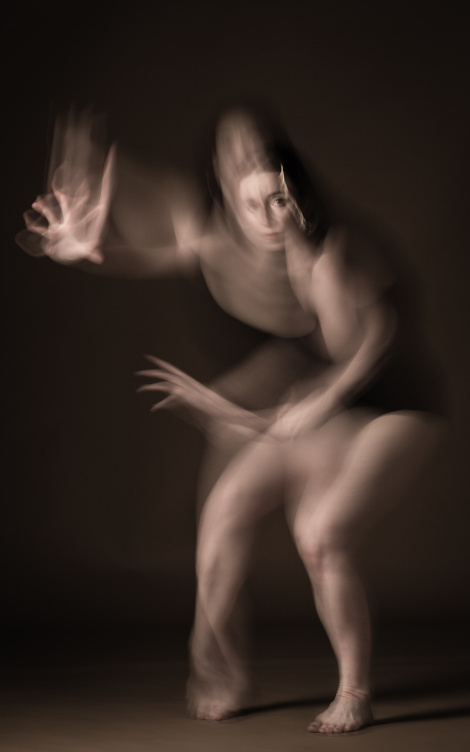 “Iratxe had just come to choreograph a piece for T.H.E. She enjoys collaborating with different photographers. So she asked, “Why don’t we play for a day?” So we did that, and we’ve remained friends since.”

Opening up to new worlds “Daniel took me to a whole new world,” Bernie shares, referring to choreographer and artist Daniel Kok, whose intimate performance work is distinctly different from the dance environment that Bernie grew up with. “I always say my aim was to shoot ballet, but he took my pictures to a whole new global audience. I was happy that through his work, these photographs were published in the Sydney Morning Herald—back to my home, in a way.”

For Bernie, getting to learn and immerse herself in different cultures has been a highlight of this profession. “Dance photography has opened my eyes to so much. Before landing this job, dance to me was only ballet. I did a little Chinese dance, but mostly ballet. Since then, I’ve shot contemporary, Malay and Indian dance. I watch these shows as an audience, but I also meet the dancers and learn about their cultures. Otherwise, I’d just be in my bubble of ballet. That’s something that making friends in this industry, in this society, has opened me up to.”