When a non-dancer makes dance.

As a non-dancer making dance, Choy Ka Fai’s work has an outsider’s sense of curiosity and irreverence, and his practice, which is expansive and shifting, can broadly be split into two strands.

The first is an anthropological approach, with a specific interest into how dance can be seen as a window into human culture. This is most prominently showcased in SoftMachine, a travelling production featuring various Asian dancers reflecting on their personal and working lives and their cultural backgrounds in between live performances. The work considers the relationship among choreography, the body and the body’s existence in a wider socio-cultural environment.

The other end of Choy’s practice is high-tech. It operates at the intersection between choreography and technology, human and machine, the real and the digital. Often presenting technological possibilities archly as fact, he treats movement, rhythm and emotions as data, information which can be harnessed, stored, transmitted and electronically stimulated in dancers. These methods may seem scientifically reductive, even unromantic, for a dancemaker. But his hardnosed metrics approach goes to the heart of certain fundamental assumptions of the art form: choreography as original human expression and the irreproducibility of specific, unique performances by great dancers.

By projecting a vision of a future where technology has leveled the playing field between performers, where bodies are essentially a type of programmable machine, he forces us to reexamine the assumptions of the present, thus radically expanding the possibilities of dance creation and performance. Born in Singapore in 1979, Choy graduated in 2004 with a diploma in Multimedia Art (Video Art) from Lasalle College of the Arts.

In the early years of his career, he was part of the arts collective Kill Your Television (now-defunct) and an associate artistic director of local theatre company TheatreWorks for two years. At TheatreWorks, he directed cross-disciplinary productions featuring dancers and actors as well as his own multimedia designs and installations.

In 2010, he was awarded the Young Artist Award from the National Arts Council. After that, he pursued a master's degree in Design Interactions from the Royal College of Art in London. He has been based in Berlin since 2014.

When he was attached to TheatreWorks, Choy was chiefly a theatre maker, though the hybridity and technological sophistication of his work differentiated him from his contemporaries. In interviews, he said that Kyoto-based collective dumb type was a major influence. The Japanese group came to fame in the late 1980s and early 1990s for their site-specific performances that combined video, music, digital technology and dance.

Blurring the lines between disciplines, Choy’s TheatreWorks productions were, unsurprisingly, highly collaborative. For example, Reservoir (2008), about the submerged Shinto shrine in MacRitchie Reservoir, built by the Japanese during the Second World War, featured responses from a group of artists from Singapore and Japan from fields such as poetry, dance, drama, architecture and multimedia.

After his studies at the Royal College of Arts, his investigations narrowed down to, broadly, the shifting boundaries between human movement and mechanisation. Travelling in a more speculative direction, he raised questions such as: Can movement be translated into data, which could then be transmitted into different bodies? Could we learn a dance by “downloading” the information? To what extent can technology overcome the frailties of the human body?

His work began to take on a scientific, or rather, faux-scientific cast. On one level, his projects use cutting-edge technology (brain cortical observation, muscle sensors, electrodes, computer programming), on another level, he pushes these technologies beyond their current capabilities, creating fictional projections that he presents as experimental prototypes on stage.

Pieces that expand the realm of scientific and choreographic possibility include Eternal Summer Storm (2010), where he translates archival footage into movement data, and using the data, tries to “teach” himself A Summer Storm (1973) by legendary butoh artist Tasumi Hijikata. Another example is Prospectus For A Future Body (2011). In one segment of that multi-part presentation, he creates a “library of movements” which can be accessed and triggered electronically. In Notion: Dance Fiction (2011) (presented at da:ns festival 2012), wired-up dancers “perform” various famous choreographies by having their muscles electrically stimulated.

A frequent audience question at the end of the show was, were the dancers really fully manipulated by electrodes? “When I’m asked about this,” Choy says, “I always answer, ‘Please refer to the show title’.”1

His techno-futuristic work, Dance Clinic (2017), commissioned by the Esplanade’s dan:s festival, treats difficulties in choreography and performance as symptoms that can be diagnosed and cured in a specialist clinic. Playing the “Doctor”, and with the help of an artificial intelligence system called “Ember Jello”, he gives a live consultation session to two dancers and performs experiments on them.

The (dance) doctor is in 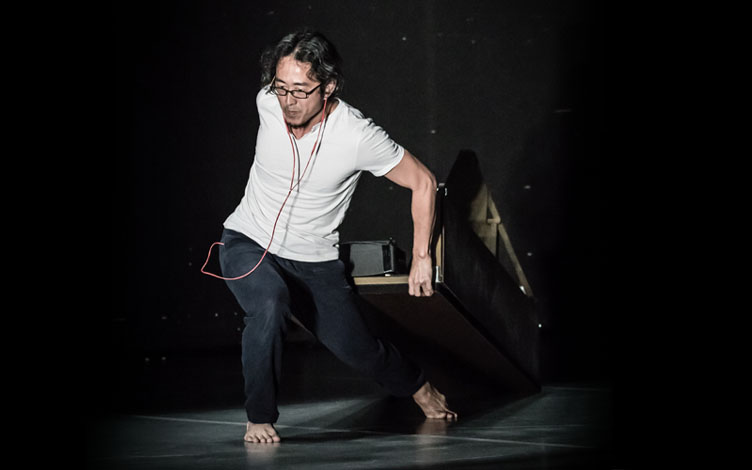 The other thread in Choy’s oeuvre explores the social, economic and political backdrops that inform the diversity of Asian dance cultures. Initiated in 2012, SoftMachine, named after a Williams S. Burroughs short story written using the cut-up technique2, dissects the different influences that make up a dancemakers’ practice.

I see the body also as a Soft Machine that cuts and pastes and becomes a new machine by itself. The body is full of all kinds of technology that humans still have to explore fully.

Involving months of research and interviews with contemporary dancer-choreographers in the region, to the end of making a lexicon or inventory of their vocabularies, the show had several different iterations. The most recent showing at London’s Sadlers Wells in 2016 featured "documentary performances" by dancer-choreographers Xiao Ke and Zhou Zi Han (China), Surjit Nongmeikapam (India), Rianto (Indonesia) and Yuya Tsukahara (Japan).

Interspersed throughout the live performances are the dancers’ accounts of their lives and home environments. Rianto’s autobiographical performance dissects the codes of gender representation in the traditional and voluptuous Lengger danceform from Java, for which he cross-dresses. Xiao and Zhou explore the short history of contemporary dance in China and trace the generation gaps before and after the Cultural Revolution. Their multifaceted showcase includes live performances, video interviews and kitschy parodies of Chinese Communist propaganda music videos.

The self-reflexivity of these performances tackles one of Choy’s bugbears: the exoticisation of Asian dance on the international stage.

In Softmachine, the dancer owns her narrative, shows how her body exists within a wider network of influences and relations, and how it is a unique depository and expression of these factors. The emphasis on the unique body as a product of culture also introduces an interesting tension to Choy’s work. In his other experimental projects, he imagines a brave new world where all the quirks of the human body are leveled by technology, and where culture is erased in favour of a techno-utopic equality.

The way he toggles between the two poles, culture and science, analogue and digital, the personal and the impersonal, attests to the complexity and open-endedness of his explorations in dance.

While he is interested in creating, to borrow one of his titles, a Dr Frankenstein-ish "prospectus for a future body", he is equally fascinated by how current dancers’ bodies are constituted and stitched together from different parts of memory and culture, and are quite naturally and without modification, already beautiful monsters in their own right.

Adeline Chia is an arts writer based in Singapore. She is the associate editor of ArtReview Asia. 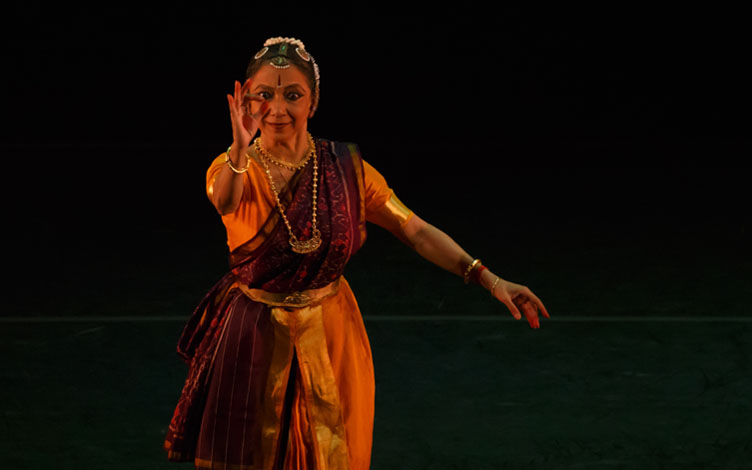 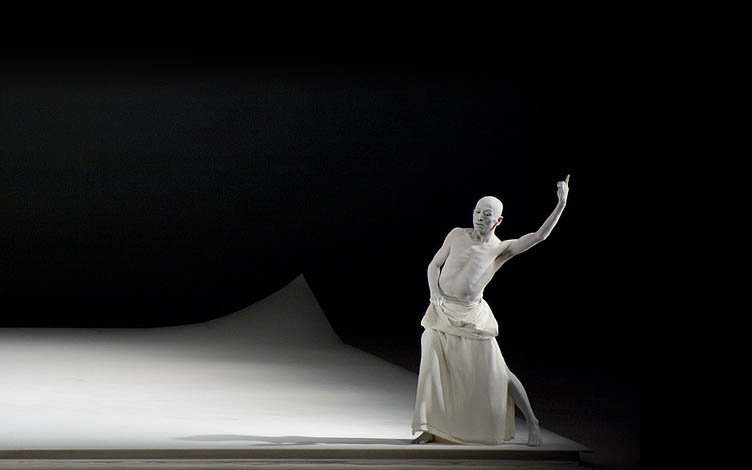 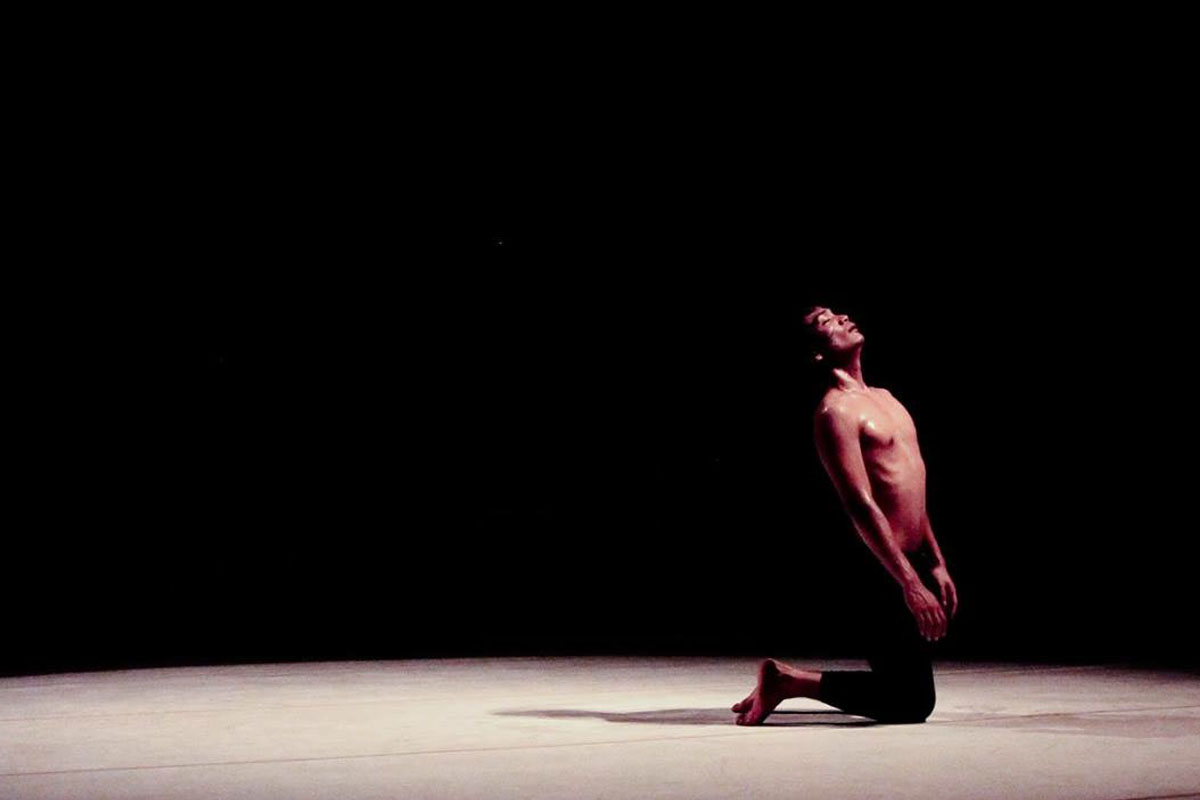 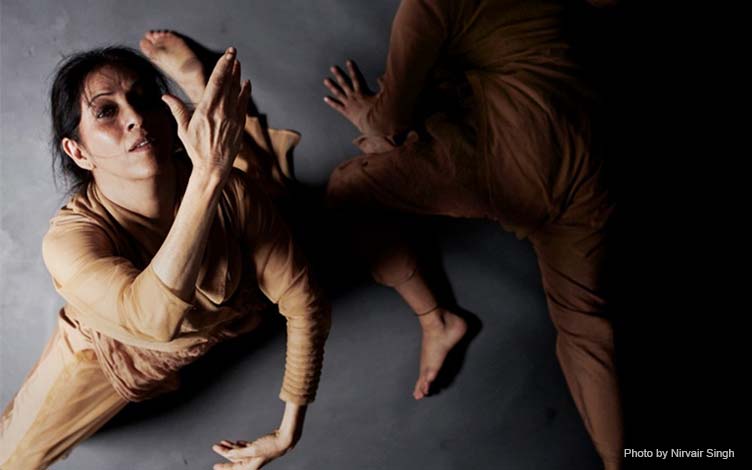 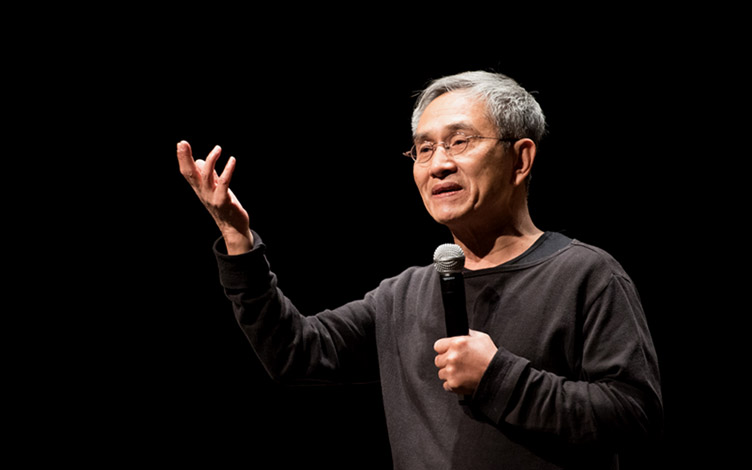 The (dance) doctor is in The long and short of durational performance