A look at traditional Chinese music

7 things to know about this genre of music and a quiz!

Before immersing yourself in the world of Chinese musical instruments, find out more about the music, its history and some of the more popular songs and instruments you can find in a Chinese orchestra or ensemble.

Here are seven things to know about this genre of music. Then try your hand at our quiz below!

And archeological digs can prove it. Traditional Chinese instruments can be traced back to more than 8,000 years ago. The oldest musical instrument excavated in China is a crane bone flute that dates back to 6,000 BC.

2. Keeping it in the family.

Chinese musical instruments are classified according to how sound is produced. There are four families of instruments:

Wind: produces sound when air is blown into a mouthpiece or a blowhole. Common instruments include the dizi and suona.

Plucked-string: produces sound by plucking the strings on the instrument. Common instruments include the pipa, ruan and guzheng.

Bowed-string: produces sound when a bow is pushed and pulled across the strings. Some common instruments include the erhu, zhonghu and gaohu.

Percussion: produces sound when the surface of the instrument is hit, struck or scraped. Some percussion instruments are pitched and can produce musical notes of one or more pitches while others are unpitched, producing sounds of an indefinite pitch. There are three sub-families in this group – luo (gongs), gu (drums) and bo (cymbals).

3. The stuff that they are made of.

4. The modern Chinese orchestra is about 100 years old.

5. Sometimes, the music tells a story.

There are many classical pieces that tell audiences a story. From depicting a mother’s homesickness and longing for her sons like the classic masterpiece Eighteen Songs of a Nomad Flute 《胡笳十八拍》 to stories of war, like Ambush from Ten Sides 《十面埋伏》 which depicts the Battle of Gaixia in 202 BC between rival kingdoms Chu and Han, music weaves stories old and new.

Hear the pipa classic performed by the late Liu Dehai, one of the greatest pipa masters and composers of our time. Listen to how the instrument conveys the violence, fury and tension of the battle.

6. Other times, it paints a picture.

A classic chamber ensemble piece like Spring Blossoms on a Moonlit River 《春江花月夜》 depicts the scene of a river in springtime and of ripples on the water. In this piece, the pipa and xiao (a vertical flute) take centrestage. Have a listen.

Chinese musical instruments are known for being able to depict the sounds of animals in action. From the trills of singing birds to the thunderous, furious gallops of horses, it is a cacophony of animal sounds.

So now that you know a little more about traditional Chinese music, take a shot at this quiz to find out how much you know about Chinese musical instruments.

Know before you go

An easy, breezy introduction into different art forms and genres before dipping your toes into the arts. 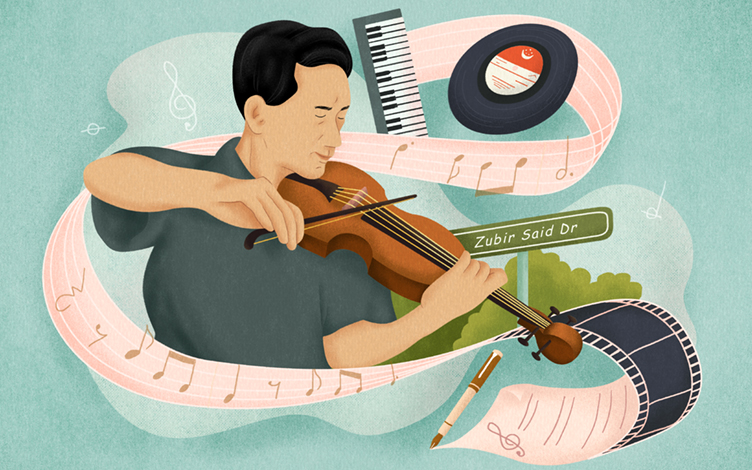