A Dust in Time by Huang Ruo

A musical reflection on healing and hope, performed by two string ensembles

A Dust in Time: Passacaglia for Strings is an uninterrupted musical meditation that is structured like a Tibetan sand mandala, a pulsating journey originating from an essential central point and expanding into a colourful fullness, and returning back to its essence again. Running for 60mins to symbolise the cycle of the hour, a spiritual cycle of life is completed, travelling from emptiness to fullness and back.

For those who have been affected by the global pandemic, wherein time and space seem to have frozen, A Dust in Time: Passacaglia for Strings provides a space for reflection, for expression, for healing, and for hope. After touring the world to China, the US, UK and Netherlands, this special work written by Huang Ruo—a composer lauded by The New York Times for having “a distinctive style”—made its Singapore debut at the Esplanade Concert Hall as part of Esplanade's Huayi – Chinese Festival of Arts in 2021.

This concert was performed by classical music talents from Singapore string ensembles re: mix, led by violinist Foo Say Ming, and the Asian Cultural Symphony Orchestra String Ensemble, led by conductor Adrian Chiang. Each ensemble presented their unique interpretation of Huang Ruo’s piece in their respective shows. Both performances have been released as delayed broadcasts below!

Watch the performance by re: mix

re: mix is an ensemble of classically trained musicians led by violinist Foo Say Ming, the ensemble recognises that classical music is in need of critical transformation in order to have contemporary relevance, and believes that classical music must be taken beyond its traditional boundaries. It cannot limit itself within its domain and must engage with other disciplines such as film, architecture, philosophy, etc. and in the process, not only become a testimony to what emerges from this interaction but also contribute to new ways of thinking about other disciplines.  Since its inception, re: mix has commissioned and premiered works by prominent local composers such as Dr. Kelly Tang and the late Iskandar Ismail. Other than re: mix’s own projects and charity events, re: mix receives regular invitations to perform locally and in the region, such as Malaysia, Thailand, Indonesia and Hong Kong.

The Asian Cultural Symphony Orchestra (ACSO) was founded in 2016 with the aim of championing Asian cultural symphonic music that go beyond melodic and instrumental pastiche, celebrating them with equal regard as their Western counterparts. Based in Singapore, the ACSO also seeks to serve as a platform to showcase Singapore artists through their performances and compositions. Featuring the string section for this performance, it embraces the same strength and vision in anticipation to the next fully assembled orchestral performance. The ACSO is the premier ensemble of Geylang Serai Community Club. 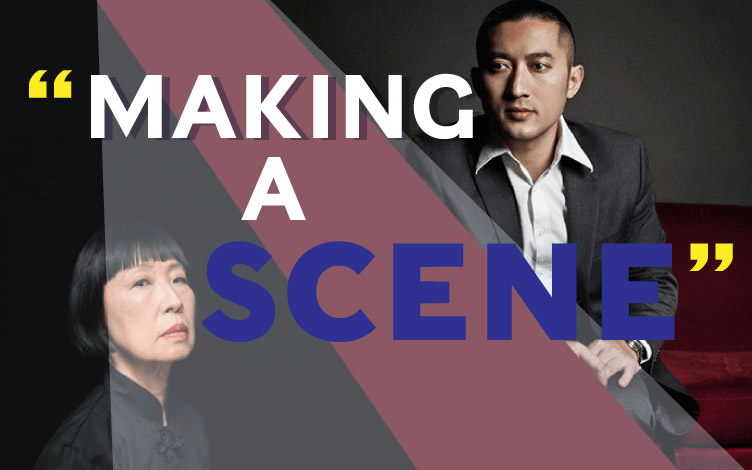 Lauded by The New York Times for having “a distinctive style”, composer Huang Ruo has a vibrant and inventive musical voice that draws inspiration from myriad sources, from Chinese ancient and folk music to rock, jazz, noise and the Western avant-garde. Utilising a compositional technique he calls “dimensionalism”, Huang Ruo’s seamlessly integrates his many influences to produce diverse compositional works for orchestra, opera, theatre, dance, multimedia installations, among many others.

His music has been premiered and performed by renowned orchestras such as the New York Philharmonic, Boston Symphony Orchestra, BBC Symphony Orchestra, London Sinfonietta as well as by conductors such as Wolfgang Sawallisch, Marin Alsop, Andrew Davis, Michael Tilson Thomas, and James Conlon. Some of his notable operas include An American Soldier, the installation opera Paradise Interrupted and Dr. Sun Yat-Sen. His upcoming new opera M. Butterfly will receive its world premiere with the Santa Fe Opera in 2022. He has also served as the first composer-in-residence for Het Concertgebouw Amsterdam and was the visiting composer for the São Paulo Symphony Orchestra in Brazil.

Huang Ruo is currently a composition faculty at the Mannes School of Music in New York and is the artistic director and conductor of Ensemble FIRE.  He was selected as a Young Leader Fellow by the National Committee on United States–China Relations in 2006.

A Dust In Time by Huang Ruo - House Programme